A dedicated team of mums pulled together the brightly coloured cookbook in less than two months during last year’s lockdown. And their children helped them test about 150 recipes – some from the school kids themselves, others closely guarded family secrets, and even a few from locally loved spots like Abla’s, Gerald’s Bar and Florian. 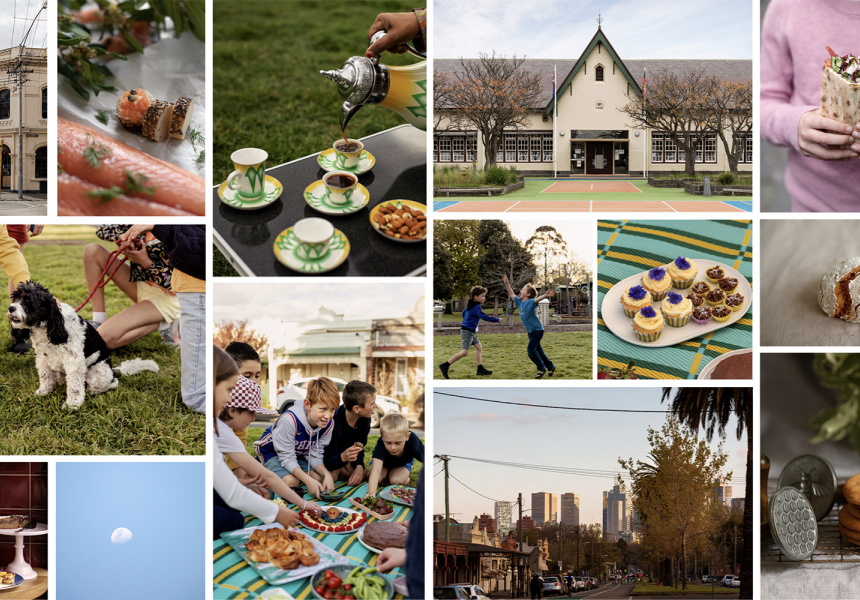 Some of us mastered sourdough, others did Yoga With Adriene for 30 days, and a small group of mums from Carlton North Primary School published a cookbook. “This is what happened during lockdown,” says Vanessa Forte, one of the mums, proudly wielding Love, Lee Street. What’s more, it happened in lockdown 6.0, when our collective energy had waned, and sourdough and yoga had mostly gone out the window.

Carlton North Primary is a small school of around 300 students in the backstreets of Carlton. Because of its size and the engaged way the community operates, the school – affectionately known as Lee Street – has been likened to “a country school in the city”, says Sarah Kelk, another core member of the cookbook crew.

And that community spirit is key to its survival, especially seeing as Victoria has long had the lowest government funding – per student – for public schools in Australia. “Our school doesn’t make enough money to run as a school, so we have to continually fundraise,” Kelk says. “Our annual Great Lee Street Fete usually pays for our Italian teacher, the PE teacher, the performing arts teacher and extra stuff.”

The idea for a cookbook was first floated in 2020, but it wasn’t until late last year – with two fetes missed – that the team kicked into gear, with the goal to string together a collection of recipes and raise money for the school. They did it in seven weeks.

“It won’t be the dollar value we’d get from the fete,” says Forte. “But working on the book got an extended group of women together interacting on Whatsapp, talking about recipes, testing about 150 dishes. And it got the children involved too, which, in itself, was great.”

“We wanted to make it so that the kids could cook from it and feel proud that they had contributed,” says Kelk. “Nothing is too overly complicated and some of the recipes were quite closely guarded family secrets, too.”

Although the team tried to include every recipe that was submitted, some culling had to occur. “When you get 25 banana-bread recipes, lots of chocolate cake, cupcake and pizza recipes, you have to make some decisions,” says Forte. One little girl even submitted a recipe for bread and butter, which was literally butter on bread; while undeniably cute, it didn’t make the final cut. Find multicultural family recipes that have been passed down through generations and recipes from teachers; some are even named after their creators, such as Nonna Lena’s famous tortellini in brodo and my dad’s cheese scones.

The book features photography of food, the school kids, people from the community and Carlton haunts by local photographer Elise Scott. “Lots of the photos were taken in laneways outside [Scott’s] apartment on a trestle table in Brunswick because we couldn’t go to each other’s houses,” says Kelk. “On one of the photo shoot days, the kids were in the car doing school on Zoom and we needed a minestrone hand shot so Charlie (Kelk’s year-six son) jumped out and did that and went back to his schoolwork.”

There’s also heaps of hand-drawn illustrations by the kids – of pasta, a carrot, bottles of vinegar and some fine-looking passionfruit. (Kelk is an artist and asked her classes, as part of their home learning, to “draw something that inspires you from the kitchen”.)

When asked what she thought about the book, Ava, a year-six student, says: “I didn’t think it would be as good as it is right now. I saw all the recipes and they all sounded good, but I didn’t know how the book would come together. It’s really, really good.”

For parents and students of the school, Love, Lee Street is a lovely keepsake or year book, but for the wider community, there are excellent recipes and a heartwarming story. Plus, $1 from every copy sold goes to the Indigenous Literacy Foundation.

Love, Lee Street is $40. Order it online or buy it at Carlton North Primary School, Readings in Carlton and The Little Bookroom in Fitzroy North. 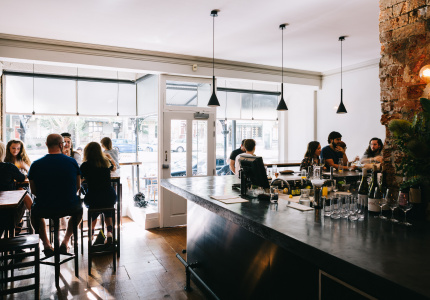