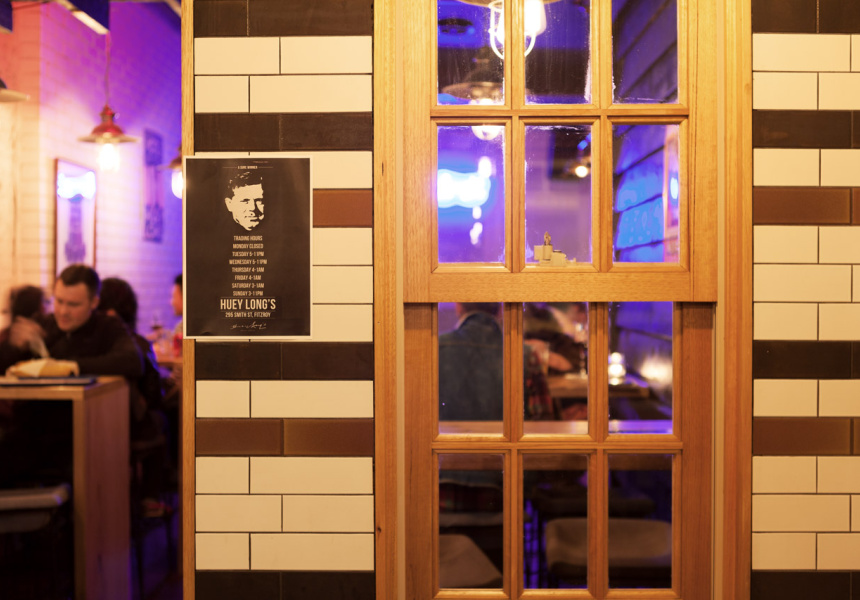 Huey Long (the man) was Governor of Louisiana, circa the late 1920s. He was famous for being a passionate socialist, and a passionate drinker. “He knew his drink,” explains manager of Huey Long’s (the bar) Michael Cotter.

Fast forward 80-odd years and his new namesake bar in Fitzroy has paid tribute to Huey Long’s love of Louisianan booze with a beer list of Louisianan brews imported specifically. “To make people feel like they are really in Louisiana, we knew we needed the real deal with the beer. But no one was importing any from there into Australia,” explains Michael. “The closest you could get were beers from California, but that’s no where near Louisiana! So we thought – why can’t we just import them ourselves?”

The result is 12 delicious new brews that vary across most beer styles and include the locally loved Covington Anonymous IPA and Canebrake’s Louisiana Wheat Ale. If you’re a fan of Yankee craft beers, Huey Long’s is the only place in the country where these gems can be drunk.

It’s not compulsory, but it’s highly advised to pair these Louisiana specials with some chow from Po’ Boy Quarter (the original bit and now other half of the venue) which has been dishing up street-food cuisine from New Orleans and its Southern surrounds since mid last year (think shrimp remoulade, deep-fried catfish and BBQ pork and liver sausages)

As soulful tunes from old jazz records spin on the vintage LP player, it’s hard not to be impressed with the ‘20s-era drinking vibe that’s been created here. Add to this an all-American wine list and we’re left with a pretty impressive space to celebrate the liquid culture of Louisiana. Safe to say, Huey would be proud. 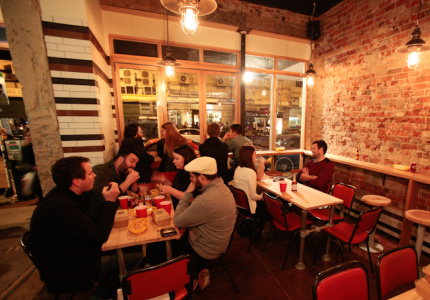