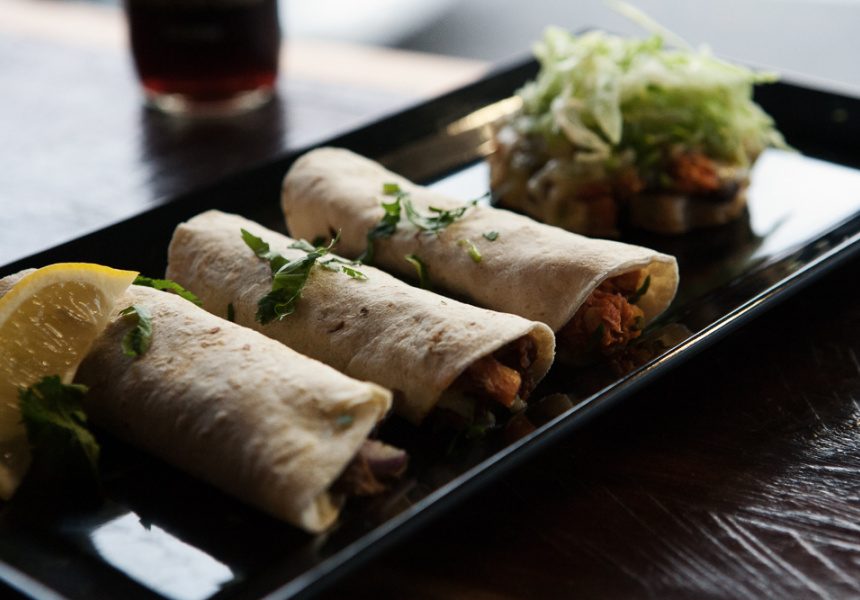 Born in Mexico, Carreto moved to Australia when he was seven years old. He remembers growing up with his grandparents’ cooking and serving quesadillas to his Australian friends back when no one knew what they were.

“Back then, maybe 15, 20 years ago, my friends would love coming to my house and eat my mum’s cooking, but they would have no idea what it all was!” laughs Carreto.

Responding to the Mexican culinary boom, he says, “The food’s been there all the time, but it’s just taken a while to catch on and for people to really pay attention to the flavours and spices.”

While his Mexican background would make sufficient credentials, Carreto did some work on the ground in a taqueria in Mexico to see what things are really like there. He notes that taquerias there are the types of places you’d go when you’ve been out at night and feel like some cheap food.

“They all had this real communal culture. There was no waiting in line for 3 hours just to get three tacos, you just get good food quickly and cheaply.”

Carretto says the menu highlights include the barbacoa (where the term barbecue came from), a slow cooked lamb dish cooked over an open fire and the ‘al Pastor’, a pork taco-like dish cooked in a hot spit oven, carved into a tortilla and topped with salsa and coriander. Smaller than a taco, each serve will come with several of these meaty babies.

Los Hermanos is currently still waiting on a liquor license, but once that’s sorted out, the taqueria will pair its meals with a range of tequila and mezcal, that notorious beverage that puts a bit of protein in your drink (from the worm that gets popped in during the production process).