When two naturopathy students began tinkering with herbal medicine in tea, little did they know a decade later they’d have more than 40 blends (and a dedicated staff). In partnership with Visit Victoria and its Click for Vic initiative, we talk to Love Tea founder Emma Watson about how she made it happen. 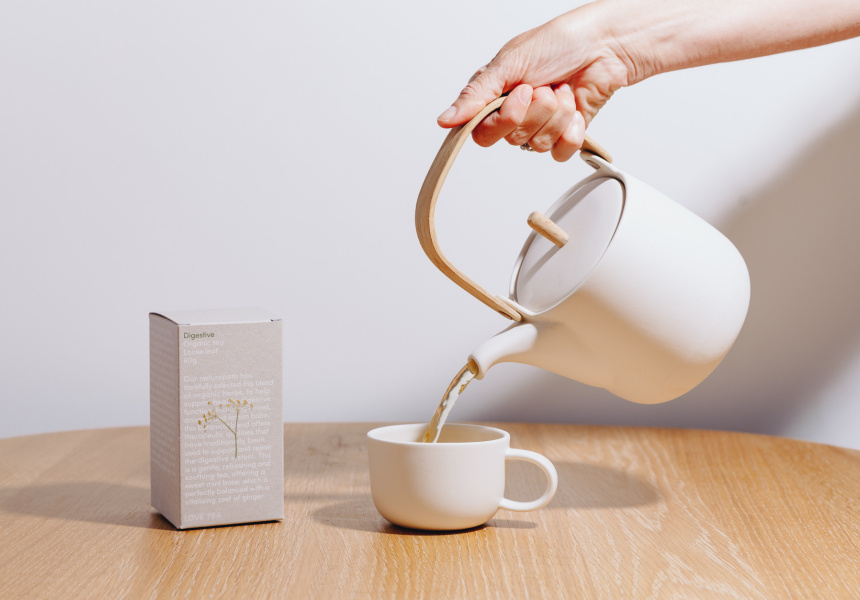 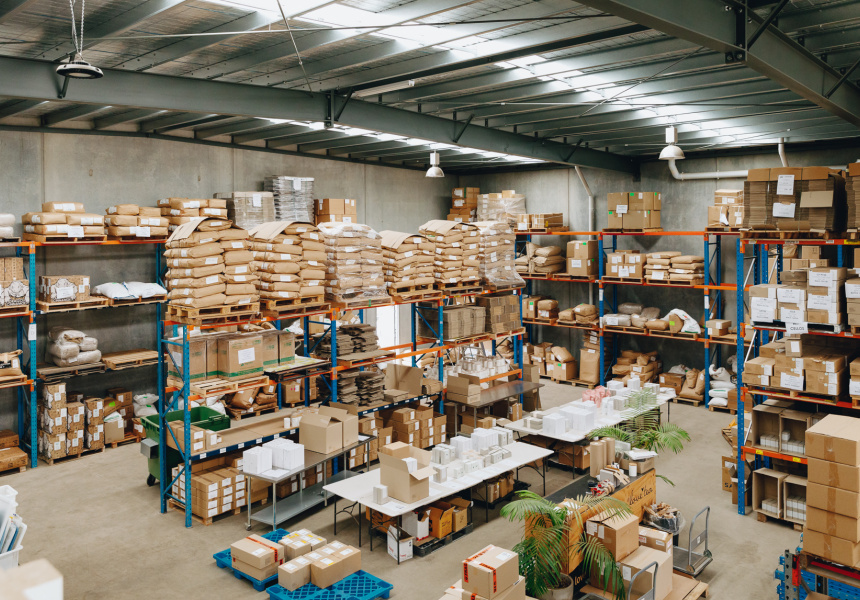 Emma Watson was in her second year studying naturopathy in Melbourne when she began experimenting with herbal medicine in different tea blends – first on her own and soon with fellow student (and now husband) Damien Amos.

“I started playing with herbs and spices, discovering their therapeutic benefits,” says Watson. “For people to access those herbs usually requires a naturopathic consultation, and it can be quite expensive. We wanted to make herbal medicine more accessible to people: that’s where it started from.”

What began as a humble pursuit in her parents’ kitchen in 2006 is now Love Tea, a thriving Australian brand carried by hundreds of stockists around Australia as well as in New Zealand, Hong Kong and the UK. And Watson and Amos’s initial partnership has expanded into a busy team of 11 based in a South Geelong warehouse and office space. While they don’t have their own retail space, they ship Australia wide from their popular online store.

It all started with a commitment to handcrafted loose leaf tea that’s both fairly traded and certified organic while providing the health benefits associated with naturopathy. Blending those beneficial herbs into tea makes it easy for people to incorporate them into their daily routine, whether they want to focus on sleep, vitality or other areas. As with most natural medicine, Watson says it’s about prevention, “optimising wellbeing rather than waiting for [an issue] to come about and then treating it.”

Nearly 15 years after it began, Love Tea still offers its very first blend: Original Chai, which was much more aromatic and full of spice than other chai tea on the market at the time. Today there are more than 40 blends, including traditional black and herbal teas and a range of different chais (including a vegan blend) as well as pregnancy blends focusing on fertility, breastfeeding and morning wellness.

But it’s the wellness range that really stands out, from cognitive and immunity blends to digestive and detox. Those are among the best-selling blends, says Watson, citing the popularity of the skin glow blend. While the team at Love Tea plans to introduce a few new blends next year, they’ve been concentrating more on tea accessories (from infusers to pots and cups) and gift packages in the lead-up to Christmas.

“It makes the experience much more enjoyable if you have the whole set-up,” says Watson, who has observed a definite upswing in tea drinking this year. Whether it was people ordering online from home or getting takeaway from cafes when possible, Love Tea’s nourishing, all-natural products have proven a welcome balm during these trying times. “We grew quite a lot in that time, which was so amazing,” she says. “We’re very grateful.”

As for the name of the brand, at first it was just Love Chai. But as the range grew, that single powerful word stuck – and took on even more meaning as Watson and Amos built a family as well as a business.

“When you’re drinking tea you’re often sharing it with other people,” says Watson. “I think of it almost as self-love or self-care. Damien and I met while I was just starting it, and he came on board straight away. Now we’re married with three kids.”

This article is produced by Broadsheet in partnership with Visit Victoria. Support Victorian producers by buying online through Click for Vic or hit the road to visit in person.