To Linger in Luxembourg

Chefs Andrew McConnell and Chris Watson have been busy working on their newest venture together, this time a laid-back European bistro on the former site of Golden Fields. 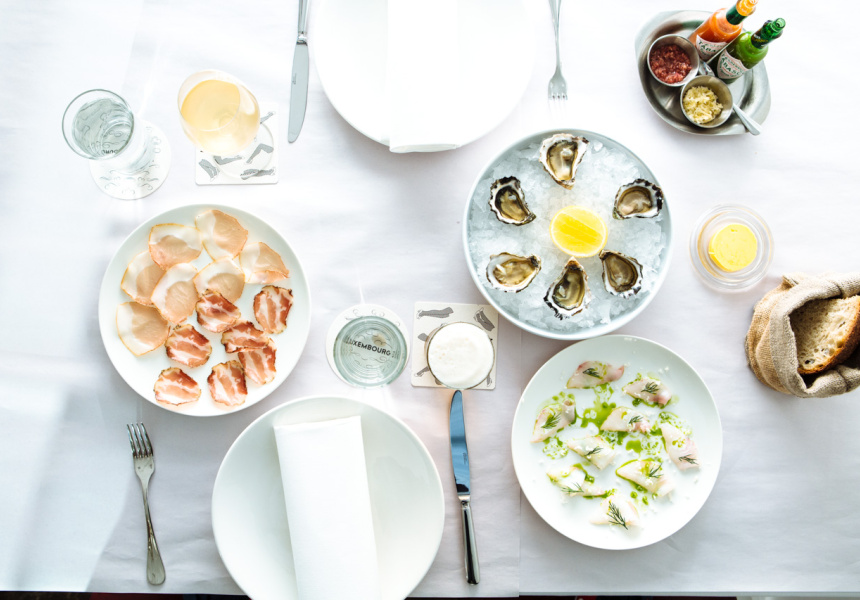 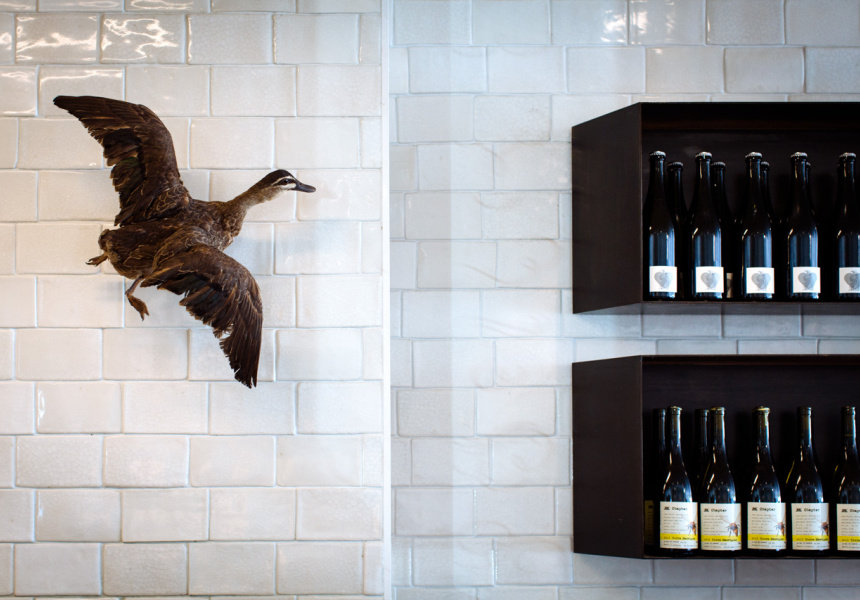 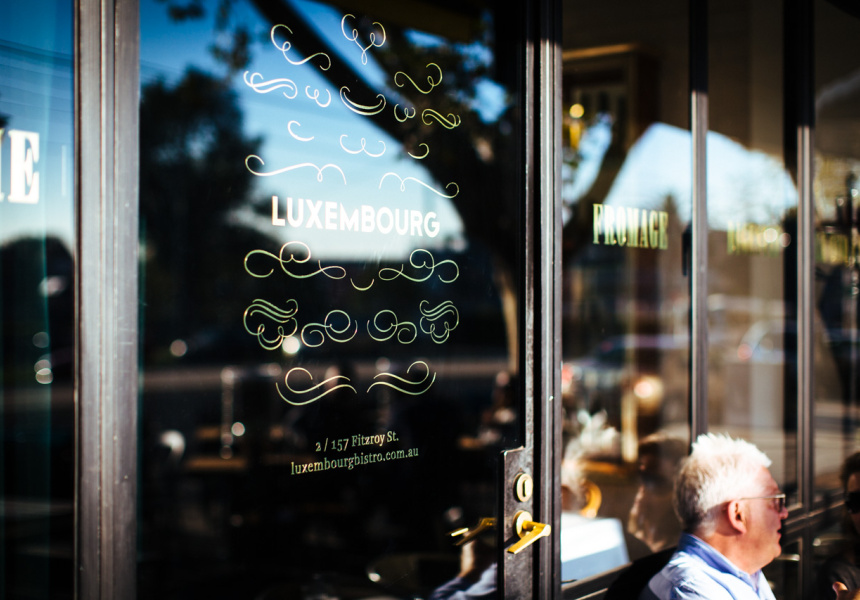 Hot on the heels of the opening of Supernormal, Andrew McConnell has been busy working with fellow chef Chris Watson on a new restaurant to replace the space vacated by Golden Fields. Luxembourg Bar & Bistro is a modern European bistro that treads the line between casual and slick. The menu combines classic European dishes with Watson’s contemporary flair, carried over from his time as head chef at Cutler & Co.

“After three years it was time for Golden Fields to evolve and we didn’t have the space to do that here in St Kilda, so Supernormal’s city location was perfect for developing that concept. At the same time it was the perfect opportunity for Chris to further his career, so it was decided he would co-own Luxembourg,” McConnell says.

Named after the Jardin du Luxembourg, one of the biggest gardens in Paris, the inspiration for Luxembourg was a trip to France Watson and McConnell took together in 2012. On that trip the pair ran cooking classes out of a country house as part of Tastes of Burgundy, a food and travel tour on which guests cook and eat with Australia’s best chefs.

“After that we went to Paris and pretty much ate and drank all day in local bistros and restaurants,” Watson says. “So with Luxembourg we wanted to recreate that. We want diners to come and try lots of dishes and maybe even hang out here for four hours if they want.”

Watson’s menu features a selection of shareable snacks, raw dishes and offal dishes that will rotate. For diners who would rather not share, there are larger, more traditional dishes on offer, such as a modern take on steak frites and whole flounder à la meunière (a classic French method of cooking fish with butter, parsley and lemon). A range of house-made charcuterie, including the coppa (cured pork neck), saucisson sec (dry garlic sausage) and spicy soppressata, pairs nicely with the mostly biodynamic and organic wine list.

“We’re really excited to work on our offal dishes. We’ve managed to get produce from White Rocks in Western Australia, we’re getting the best veal, veal tongue, cow’s liver and sweetbreads from them,” Watson says.

Keeping most of the original fit out by design studio Projects of Imagination, what little that has changed with Luxembourg’s interior was done mostly by Watson and McConnell themselves using second-hand pieces found in antique stores and on eBay. The finished look is like a well-lived-in bistro that diners will feel free to linger in. 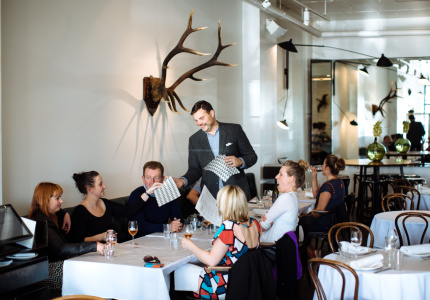