Let Us Take You Out For Dinner

Win an all expenses paid Table for Six at one of Melbourne’s best restaurants. 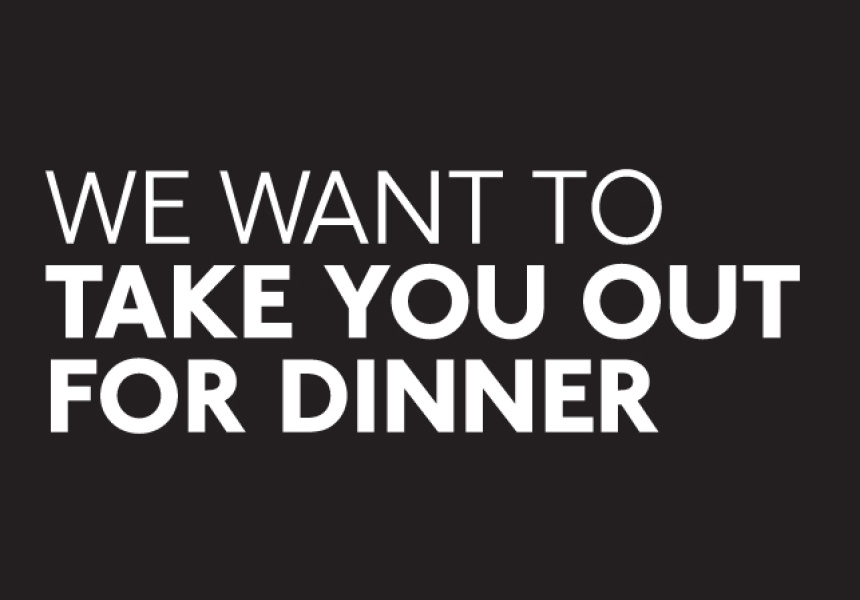 We thought it was about time Broadsheet took you out for dinner. Not just you – you and your friends. Because eating at restaurants is fun, but doing it with friends is better. It won’t be just dinner anywhere, it’ll be at one of Melbourne’s best restaurants. So we’ve launched Broadsheet’s Table for Six competition.

We’ve partnered with four of the city’s best eateries with the most sought after tables in town, and are giving you the chance to win an all expenses paid Table for Six. All you have to do to enter the competition is be a Broadsheet Melbourne newsletter subscriber. If you are a subscriber already, great, you’re already in the running.

Each week we’ll give away a table at a different restaurant from a line-up featuring Vue de Monde, Cutler & Co, The Aylesbury and Chin Chin. The competition starts now and ends on Friday 9 December. And don’t forget; if you’re already a subscriber, pick five friends and have them enter too – as long as they promise to take you on their Table for Six.