Hidden beneath lids on the countertop at this tiny blue and white gelateria, find “left of centre” specials, fruity vegan scoops and an impressive selection of gelato cakes. 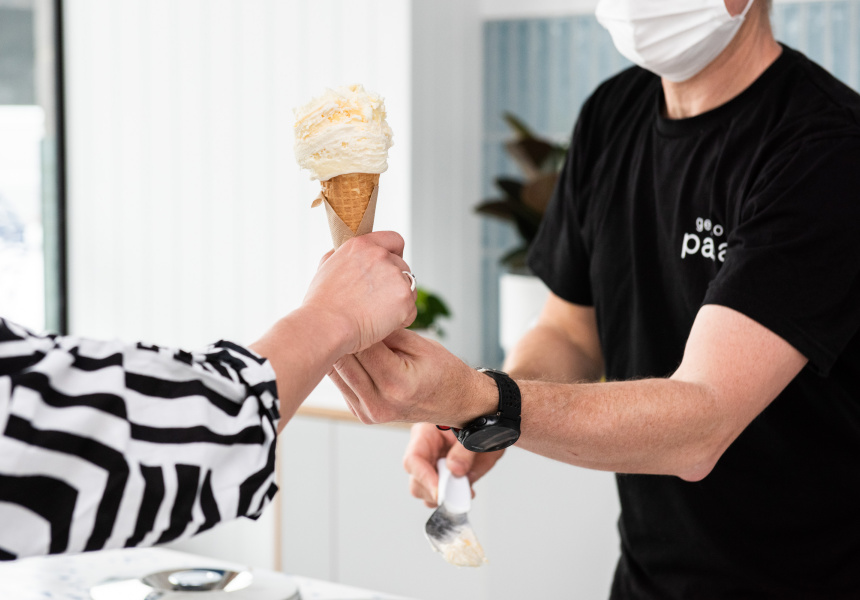 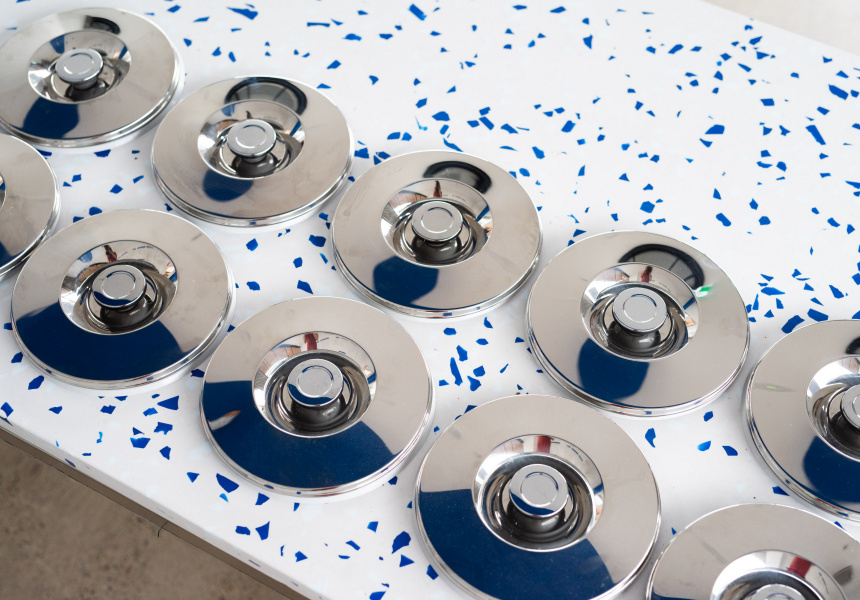 The arrival of an Italian-made gelato cabinet for Gelato Papa’s second Melbourne store was delayed by eight weeks because of you-know-what. First, manufacturing in Milan was pushed back. Then, once completed, it was shipped via Singapore – before landing in Melbourne during dock strikes. It had to be redirected to Brisbane before finally ending up where it was supposed to be.

It’s an important – if not the most important – piece of the puzzle at the gelateria’s new Fairfield outpost, which opened late last year.

Owner Lilly Stuckings (née Papa) started Gelato Papa in 2017 with a store in Preston, where the freshly churned stuff was on show in tubs. But this time around she’s doing things a little differently, using traditional lidded, refrigerated wells called pozzetti.

“They’re much better for storing gelato,” Stuckings says. “There’s less exposure to air, which can affect the quality, [and] they allow for better scooping and a better consistency.”

“I wanted to go with the pozzetti at our Preston store, but I wasn’t certain whether [people were] sure about buying gelato without seeing it first.” But now, she says, Melburnians are more comfortable ordering what they know will be excellent quality gelato hidden below the countertop.

Plus, there are around four rotating, “left of centre” specials. At the moment those include an apple pie flavour, with baked apples spattered throughout; lemon meringue (fior di latte gelato rippled with lemon curd and topped with house-made meringue); and a tangy Israeli yoghurt option balanced with sweet apricot jam and crunchy pistachios.

There’s also a selection of gelato cakes, ideal for a birthday or dinner party. The Golden Gaytime-inspired cake is a “showstopper”, Stuckings says. It has soft caramel and chocolate ganache topped with a crumb on the outside, and a combo of milk and caramel gelato on the inside (with an ooey-gooey caramel sauce oozing from the centre). The vegan Bombe Alaska – with a fluffy centre of lemon and chocolate sorbet and a lemon-sponge base – is also an impressive option.

The tiny store is swept in a swish blue and white palette, which – while many will think of it as quintessentially Greek – emulates the colours of the House of Savoy, a royal Italian dynasty. 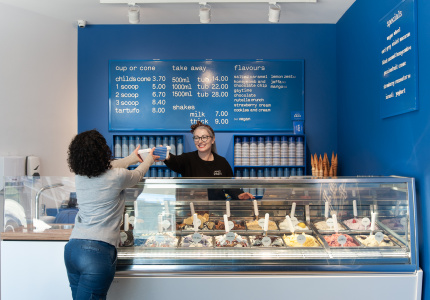