Learning About the Bean With the Boys From Coffee Supreme

We visited Heath Cater and Justin Emerson from Coffee Supreme at their Roastery in Abbotsford to find out how the coffee beans get from the farm to the cup. 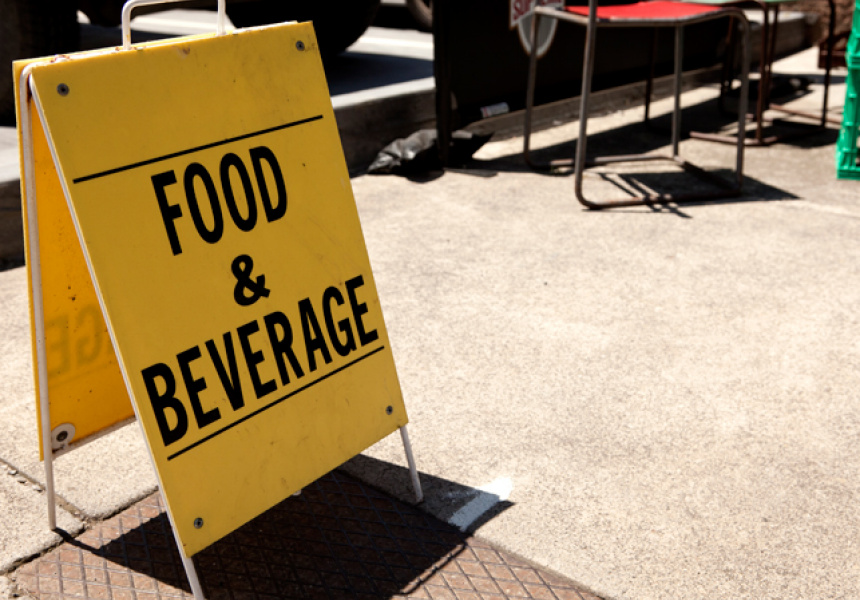 Coffee Supreme’s roaster is a large, foreboding, metal beast. It sits in the middle of the warehouse, taking up a good portion of the cavernous space.

An impressive array of buttons, temperature gages, lights and levers decorate its metal shell. As the pressure builds it begins to emit a low rumbling noise. The rumbling is followed by steam and smoke before finally the hatch is released and a gush of freshly roasted brown beans flows out. It’s a fairly dramatic process and one the boys at Coffee Supreme are dedicated to perfecting.

Justin Emerson and Heath Cater brought this 60kg roaster and a smaller 12kg roaster across from New Zealand, where Coffee Supreme originated.

When Emerson first brought coffee Supreme to Melbourne, they had just a handful of customers, the 12kg roaster and a space in Cremorne. In 2008 they moved into the warehouse in Abbotsford and brought across the 60kg roaster.

“We started out with one customer, then we had four and, well, now we’re here,” says Emerson. Indeed, they now have over 150 accounts and roast up to 40kg of coffee a day, five days a week, which by our shoddy calculations is up to 16,000 shots of coffee, or a lot of cafe lattes.

Cater sums up the roasting process simply. “It’s like cooking in a lot of senses. It [the beans] goes from green to brown and all the magic happens in between.”

The skill is in the application of heat through the process and how long you keep the beans in each stage. And just like cooking, if you roast them too long the beans will taste burnt, too little and the taste won’t have developed.

The process is reasonably hands-on. A computer documents what’s happening so the process can be accurately repeated, but it doesn’t control the process. Each batch takes around 17 minutes to roast then the beans are bagged up, left to degas before being sent to dispatch.

It’s important to have good quality beans to begin with. Which is why Supreme is trying to improve the standards of green beans coming into the country; Cater also works on a side project importing green beans into Melbourne with Mark Dundon from Seven Seeds, called Silo Coffee.

A lot more cafes are roasting their own beans these days – St ALi, Axil, Monk Bodhi Darma just to name a few. “It’s a natural progression,” says Cater. “We encourage people to take an interest so it’s only natural they’ll want to start having a go themselves. It’s a good thing.”

Lining the far right wall of the warehouse are large plastic vats containing a melange of beans from all over the globe. “El Salvador, Papa New Guinea, Indonesia, Napa, Allegria and Ethiopia are the main components of most of our roast,” says Cater, pointing to the different vats. The others are for single origins and custom blends.

Cater has recently returned from a buying trip to Brazil. Having moved away from a partnership with Fair Trade Organic, Supreme is focusing on sourcing their own beans. This means travelling to the remote regions and meeting the farmers and forging new relationships.

“We just weren’t happy with the product,” says Emerson. “We had a lot of trouble with the blend. Now we’re trying to get it back up to the standard it once was.”

There’s no doubt Melbourne is a coffee-mad city. We’ll drive to the other side of the city to get a pour over from our favourite cafe or complain when the barista burns our three quarter, double ristretto skinny flat white. Emerson agrees that in the last few years people have become more aware and more interested in their coffee- we’ve basically seen a whole new market for specialty coffee created.

“Since the GFC people are more aware of where their money goes so when they spend their $3.5 they want to make sure it’s killer,” says Emerson. “So we want our coffee to be killer. We want to be up to the task.”

If you want to check out Coffee Supreme’s warehouse they are open Monday to Friday and their cafe next door, The Abbotsford Club, is now open on Saturdays too.