The Latest Drop from Non, the Zero-Alcohol Wine by an Ex-Noma Chef, Has Its Origins in Carlton

Non Number 5, a special collaboration with a Melbourne local, is like wine and tea “meeting in the middle”. The result? A fizzy, restaurant-calibre drink that combines floral notes with the punchiness of sour beer. You’ll find Non on the drinks list at some of Australia’s top diners; in Melbourne, Supernormal, Sunda and Bar Liberty, among others. It may look like a bottle of pet-nat, but Non is a zero-alcohol wine alternative that’s technically a tisane, or herbal tea. And it’s of restaurant, food-pairing calibre.

The booze-free beverage soon found fans and is now stocked at acclaimed restaurants and a clutch of speciality bottle shops around the country.

The latest release, Number 5, is collaboration with Carlton’s Assembly, a cafe and store that specialises in rare blends of tea, filter coffee and beautifully crafted brewing equipment sourced from across the globe.

The lemon marmalade and hibiscus blend is slightly carbonated and has a tart citrus flavour profile “similar to a sour beer”, Wade says, which he achieved by blending in hops to provide a “light, bitter finish to make the drink really session-able”.

Non is made by infusing dried fruits, herbs and spices in hot water, and then filtering (and sometimes carbonating) the mixture overnight. So a collaboration with Assembly co-owner Chrissie Trabucco – who crafts her own tea blends and roasts her own coffee – made perfect sense. Wade and Trotman had consulted with Trabucco when they first had the idea for Non two years ago.

“Chrissie really knows her stuff when it comes to sourcing tea from places like Taiwan, Japan and across Australia,” says Wade. “She made the blend for this drink and then I took that and tweaked it. So it was a really collaborative, hands-on process – it’s like our wine and her tea meeting in the middle.”

You can buy Number 5 direct from Non’s website or bottle shops including Blackhearts & Sparrows and Drnks. 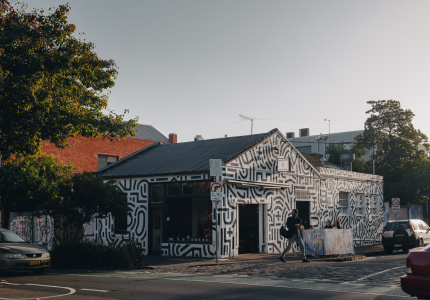 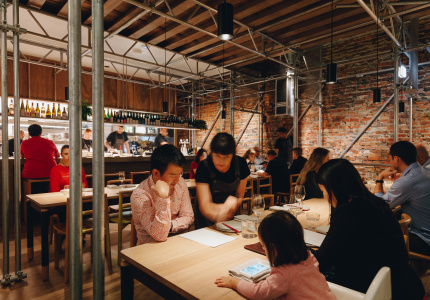 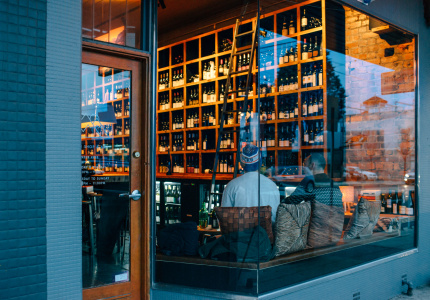