Dinner will commence at 1.30am. Finding food at 1.30 on Sunday morning in Melbourne isn’t hard. Burgers, easy. Souvlaki, everywhere. Halal snack packs, 50 different kinds. A three-course meal by one of the city’s most experimental chefs … not so much. That’s about to change, however.

From October 16, the CBD’s New York-inspired eatery and bar Nieuw Amsterdam is launching a series of explorative dinner parties that will run during the wee hours of the morning. Hospo staff, shift workers, night owls and insomniacs are all welcome to the Late Night Harlem Supper Club.

“There were only ever a couple of places in the city that had decent food after 1am,” says owner of Nieuw Amsterdam Michael Roszbach, who sees the Supper Club as another positive step towards Melbourne becoming a 24-hour city. “Instead of finishing the week and dropping lots of cash at a bar, the idea is that people can enjoy a really special dinner.”

A guest chef will be invited every two months to take over the Nieuw Amsterdam kitchen and test their new ideas, kicking off with Ôter’s contemporary French chef Florent ‘Flo’ Gerardin. Don’t expect onion soup and steak tartare; Gerardin is known to plate up everything from chicken heart with mushroom foam, to beef tendon topped with urchin roe. Each dish will be paired with cocktail shaken up by bar manager Sean McGuire.

Almay Jordaan of Fitzroy’s Neighbourhood Wine has been confirmed as the chef for the second event. 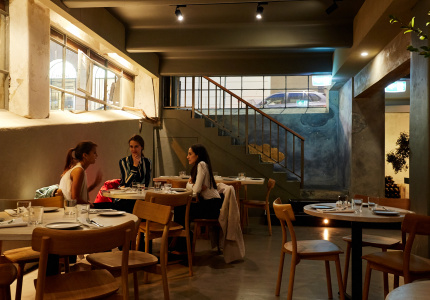