Lune is synonymous with croissants. And world-famous ones at that. But its new venture will orbit around crullers – deep-fried choux pastry that’s twisty and crispy on the outside, and not at all what you’d expect on the inside. May 2020. After dark. Lune’s Fitzroy croissanterie. It’s deserted save for founder Kate Reid.

There was plenty of dough and deep-frying, and a little bit of deception, but a lot went right that night. Not everything, though. An oil spill took Reid three painstaking hours to mop up. “None of the chefs knew I was using the kitchen, and they were gonna be in there at 4.30am.”

A year (and a ton more trials) later, though, Reid is preparing to lift the curtain on it all.

It will materialise as Moon Cruller, a brand-new venture with a brand-new specialty. “It’s 100 per cent the very naughty, very rebellious little sibling of Lune,” says Reid.

Lune – which Reid heads up alongside her brother Cam and prolific restaurateur Nathan Toleman (behind the Mulberry Group, which is responsible for a number of Melbourne venues including Hazel Dessous and Liminal) – is synonymous with croissants. And world-famous ones at that. But its soon-to-be-birthed sibling will be all about crullers, which – while not remarkably novel – aren’t as readily available in Melbourne.

They might look like a doughnut, but biting into one of Reid’s deep-fried choux-pastry rings will teach you a thing or two about judging a book by its cover. The outside? Twisty and crispy. The inside? Web-like, almost custardy and not at all what you’d expect.

The pastry itself – surprisingly – isn’t super sweet, but Reid makes up for it with glossy glazes in flavours such as vanilla and coffee. Or a rigorous toss in cinnamon sugar.

Moon Cruller is opening soon. Follow its Instagram page and keep an eye on Broadsheet for more details. 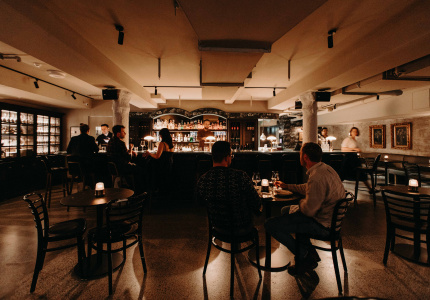 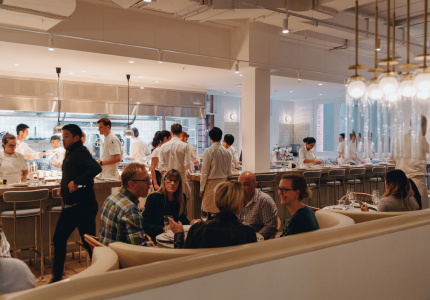