Curry Cafe to the rescue. It helps when you’ve worked on oil rigs for 10 years. 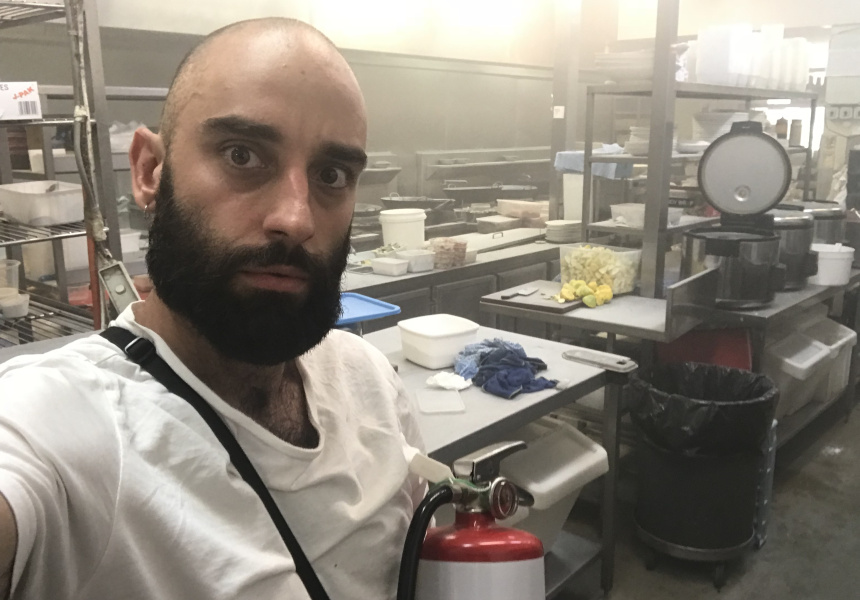 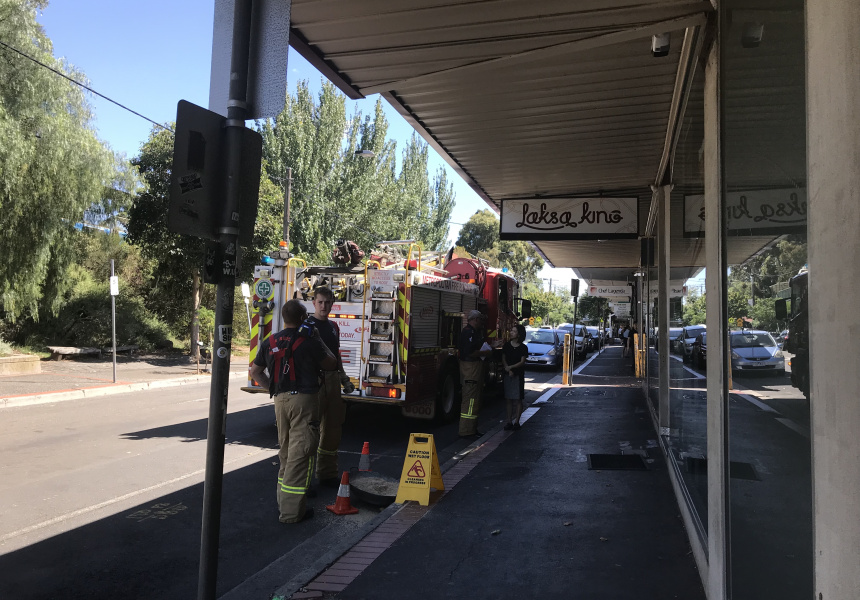 A fire broke out at Flemington restaurant Laksa King on Wednesday at about 11am.

An oil fire started in the kitchen during preparation for lunch service, filling the restaurant with black smoke. The restaurant had to be evacuated.

With Metropolitan Fire Brigade (MFB) still on its way, Michael Vass and Rakesh Ramachandran, co-owners of neighbouring restaurant Curry Café, along with local pawnbroker Grant McKay from Get Smart Loans Co., attended to the blaze.

Vass and Ramachandran became aware of the fire when the smell of smoke made its way into Curry Café’s kitchen.

“Lots of acrid smoke, plastic-burning smell, we got outside and everyone’s running out, there’s billowing smoke coming out of the doors and windows,” Vass tells Broadsheet.

Scared the fire would spread to other businesses on the strip, the pair grabbed fire extinguishers from their own kitchen before running into Laksa King to put out the fire.

“We were waiting for the fire brigade for five or 10 minutes, but they didn’t come,” says Vass. He estimates the MFB arrived within half an hour. On Thursday morning MFB contacted Broadsheet to confirm the fire was first reported at 11.20am. Trucks were on the scene at 11.25am and the fire was declared under control at 11.27am. (Broadsheet had reached out to MFB for comment on Wednesday but did not receive a response in time for publication.)

You should never enter a burning building under any circumstances. Ramachandran, however, was uniquely qualified. He worked on offshore oil rigs for over a decade, during which time he was trained to fight fires.

“He was loving it,” says Vass.

The pair was concerned that if the fire reached exhausts above the kitchen hobs it could set any build-up of oil alight, with the fire then spreading to the roof.

“That’s why we sprang into action," says Vass. "If that happens it’s all over,”

The pair extinguished the fire by midday, before any serious damage occurred.

Vass and Ramachandran had only recently moved into the neighbourhood; their second Curry Café (the first is in Northcote) is on Racecourse Road.

It’s been an unusually bad week for restaurant and cafe fires in and around Melbourne. On Sunday, Mornington Peninsula winery Ten Minutes by Tractor lost over $500,00 of wine in a storeroom fire. And last Monday, beloved Middle Park cafe Mart 130 was severely damaged by a fire started from a faulty power supply.

This article was updated at 9.25am, March 1 to include a statement from the Metropolitan Fire Brigade.