Take a seat at the black granite bar and watch the team dish up pork and chive dumplings, popcorn chicken with togarashi, cured pork belly with rolled rice noodles in XO, and whole steamed barramundi with salted chilli. 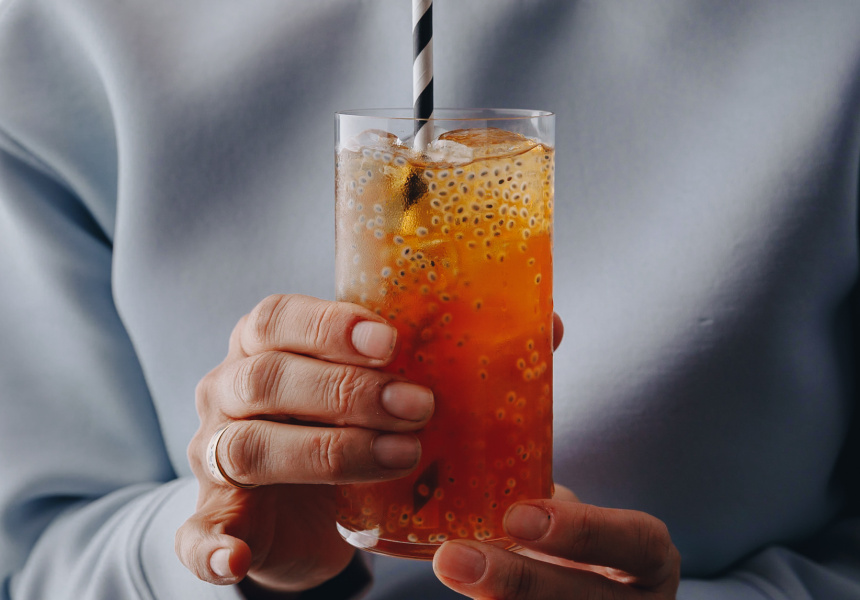 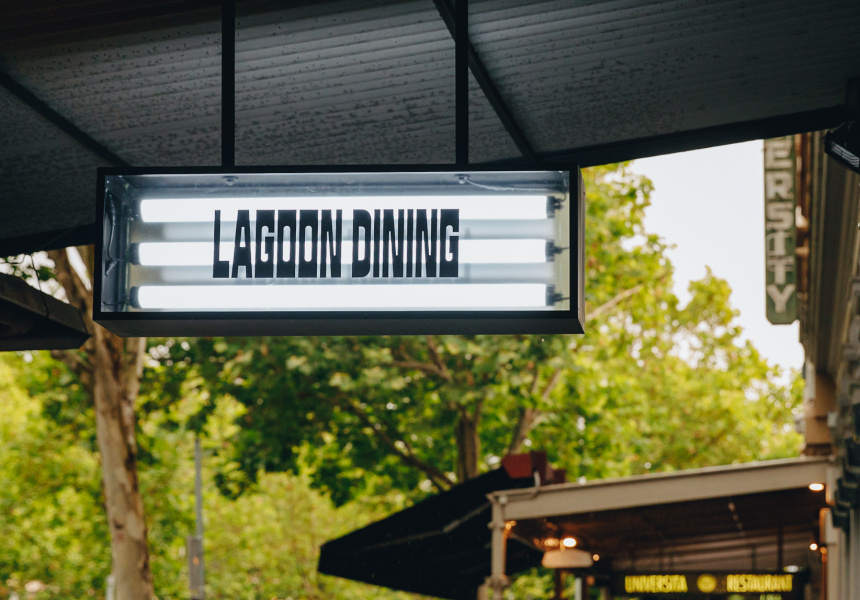 Lagoon Dining is by Ned Trumble, Keat Lee and Chris Lerch, who met while working as kitchen apprentices and front-of-house manager respectively at Ezard, and have also spent time at David Moyle’s Longsong. Trumble and Lee head up the kitchen together while Lerch takes charge of service. Former Ezard regular Susan Wyles is the fourth owner; she’s looking after business operations.

The menu at Lagoon takes influence largely from Chinese cuisine, but also draws on Trumble’s Thai cooking background and Lee’s Malaysian one.

“[Lagoon] is not just defined by China as a country but also its influence in other cuisines in Asia,” Lee says. “It’s so diverse in terms of where it sits as a cuisine – there’s Chinese food in Malaysia, in Thailand – it’s so huge and different everywhere.”

“It’s that style of eating and sharing that’s fun – just loud and punchy,” Trumble adds. “I’ve always liked the visuals of the woks, and the sounds and smells and heat.”

Starters include fiery hot and sour shredded potato with black vinegar and pickled enoki mushrooms; half a head of cos lettuce cooked on the hibachi grill and served with a sweet sesame-soy dressing; and pork, cabbage and Chinese celery dumplings served with black vinegar, soy and Vietnamese sambal (dried prawn, dried chilli and shallots).

“It’s tasty, if a little time consuming to make,” Trumble says with a laugh. “We’ve been practising with two batches a week for the last two months, 80 in a batch … Let’s just say [we’ve made] at least a thousand dumplings.”

Garlic gets a good run throughout – it all comes from Wyles’s farm Main Ridge Garlic Company, which also grows citrus and herbs. Deep-fried garlic is mixed with Sichuan and white peppercorns in a togarashi seasoning for popcorn chicken; smashed cucumber and black fungus comes dressed in sliced garlic and sesame oil, and garlic is used in the fermented chilli butter that coats a wok-tossed cabbage dish.

Lagoon’s fit-out is by Olaver Architecture (which is also behind the interior of restaurants Future Future, Annam, Juanita Peaches and Shop Ramen) and design studio Never Now.

The safety strips on the back stairs had to be yellow, so the design team rolled with it – the stairwell walls, linen curtains, outdoor seating, banquettes and two maneki-neko (waving cats) are all a similar shade.

“We were always pushing for more colour, and the yellow really offsets the harshness of the granite we have,” Lerch says. “It’s less serious, too. We always wanted the place to have a fun element, and it does that really well.”

The rest of the former Lygon Food Store space is a mix of black granite, Tasmanian oak, white tiles and brass fittings. A large front window lets passers-by peek into the main dining room, and you can sit at the tall white communal table that takes pride of place near the entrance, or grab a seat at the black granite bar to see the two chefs at work. Upstairs there’s a smaller dining room with a dedicated bar.

Ben Skipper is behind the drinks list and arrives at Lagoon after time at Vue de Monde, Estelle and Saint Crispin, and also met the team while waiting tables at Ezard. The wine list combines classic and niche varieties from small and medium-sized producers, leaning more towards light flavours with a little extra sweetness.

When it comes to cocktails there’s a bitter lemon curd and sake highball; a light spritz with umeshu (plum wine) and yuzu soda; and a gingery, peppery Old Fashioned. There are also two mocktails, and brews from Moon Dog, Stomping Ground and Young Henrys.

This article first appeared on Broadsheet on (November 11, 2019). Menu items may have changed since publication. 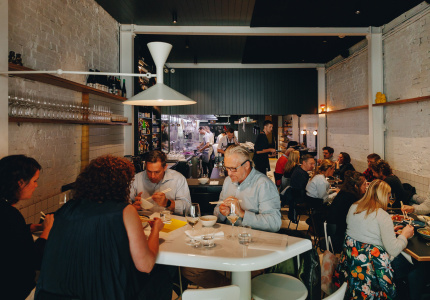 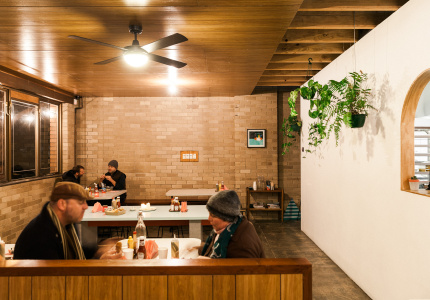