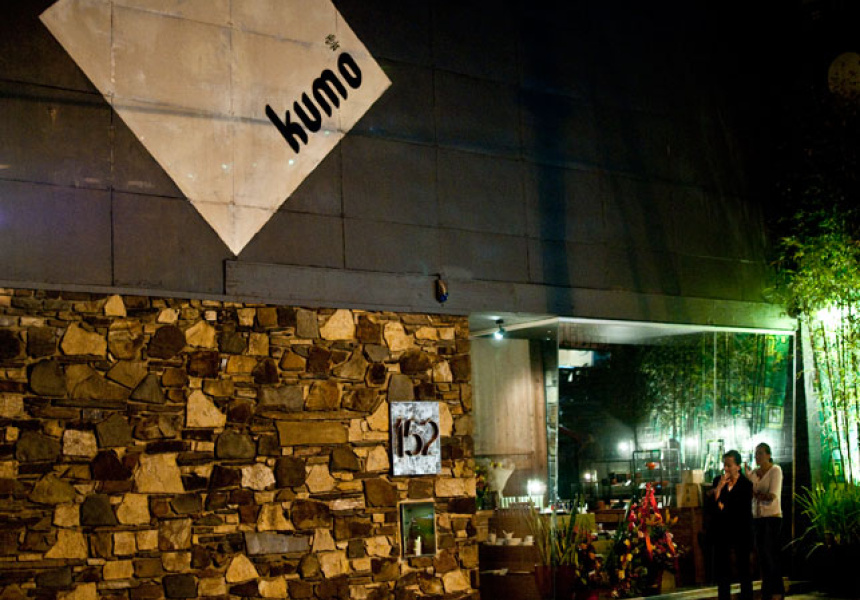 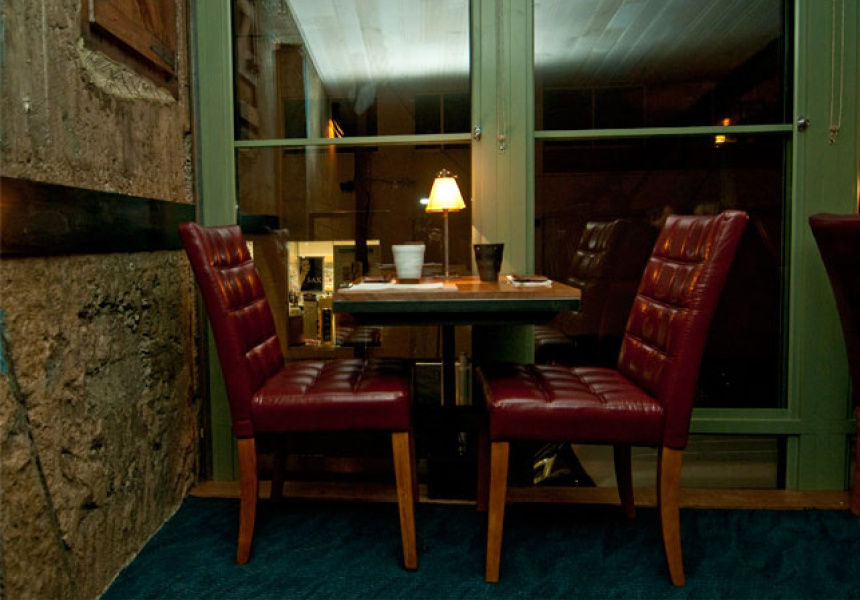 There is this something about the Japanese that draws many of us in. There’s an underlying calm and subtle cool about the Japanese aesthetic that translates in their sharp style and articulate design and continues through to their delicately flavoured food and drink.

This concept is about to be reiterated by Kumo Izakaya, which opens as a slick eatery and sake den in Brunswick East today. Heading up the team is Japanophile and sake pro Andre Bishop, who has been behind some of Melbourne’s favourite Japanese bars including Nihonshu (adjoining Izakaya Chuji), Robot and Golden Monkey.

Kumo Izakaya brings us contemporary Japanese pub-style drinking and casual dining. “The mission is to create the best izakaya experience in Australia,” says Bishop, who has been visiting Japan a couple of times a years for the last 15. It was there, while doing a sake course, that he met Tod Eng, San Franciscan sake master, who has travelled to Melbourne to consult on the sake list and help out with the set up of Kumo. “Kumo is about showcasing the increased access to sake that we are getting in Australia now,” Bishop says. “When I set up Robot years ago, there was only about eight sakes available [for import into Australia]. It was very basic, more mass-market sake. Now we can get around 400 to 500 sakes.” From this broad spectrum, the sake list will be around 80 sakes strong and comprise various styles from different regions of Japan.

Alongside sake, Kumo will deliver a range of Japanese beer, including Sapporo on tap, and authentic izakaya fare (small share plates to compliment drinks), with their own twist on it. The kitchen is led by two female chefs, Akimi Iguchi (formerly of Yu-U and Bar Lourinha) and Eriko Hamabe (ex Kobe Jones and Royal George Hotel). Both women have backgrounds rich in traditional Japanese cooking, but crave Western influence in food and have taken inspiration from what they love about Melbourne’s dining scene. The menu includes yakatori and sashimi but also dishes like stuffed prunes with sesame butter, parmesan rice crakers with Sobe miso dip, duck fillet with cumquat sauce and black sugar cured salmon. Sommelier and seasoned hospitality pro Sally Humble (ex Cutler & Co.) heads up the front of house team.

The izakaya is housed in an old ANZ bank built in 1956 and sits on a corner with one whole side of the restaurant exposed to the street via a large window, giving the two-storey space an open, airy feel – hence the name Kumo, meaning ‘cloud’. Architect Victor Isobe (responsible for Yu-U, Heirloom and Tempura Hajime) has worked closely with builder and craftsman Bryce Ritchie (Lure hairdresser and Seven Seeds), using recycled timber and welded steel finishes to create a space with a raw, industrial feel, but with subtle hints of a warmer Japanese aesthetic, including a mezzanine bar, large communal table and private tatami room. Keeping things local, the chairs have been made up in Northcote and the lights supplied by Gregory Antique Lights in Fitzroy North.

With their stunning mergence of Melburnian and Japanese sensibilities and aesthetics, Bishop and his team at Kumo are set to teach us volumes more about sake, taking it out of the traditional Japanese restaurant environment and placing it in a more relaxed and bar-like izakaya. 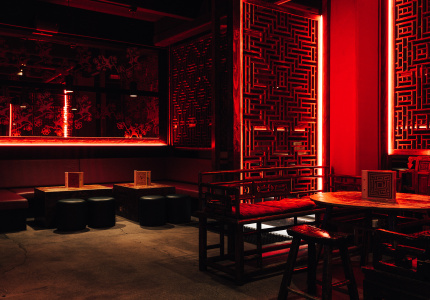 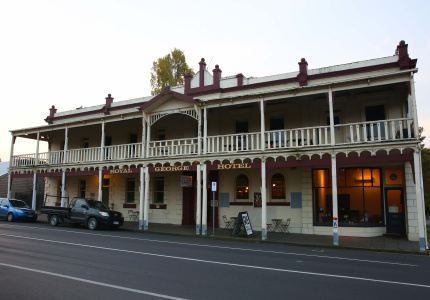 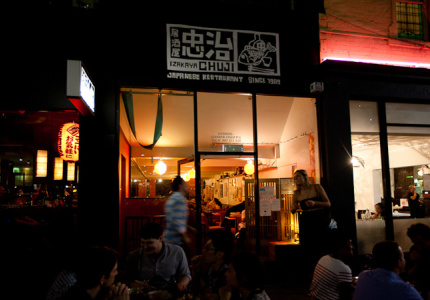 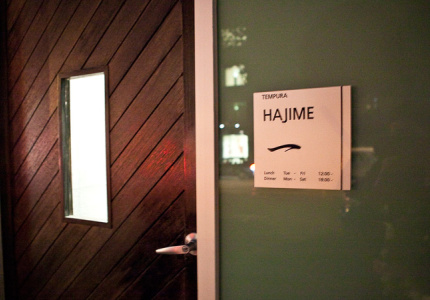