New cafe Krimper may be 21st century Melbourne, but is steeped in an industrial past. 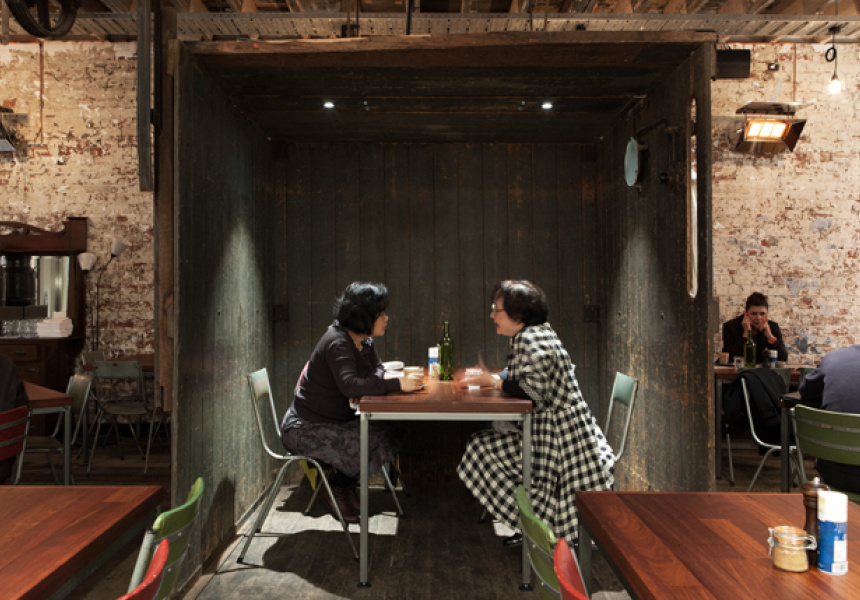 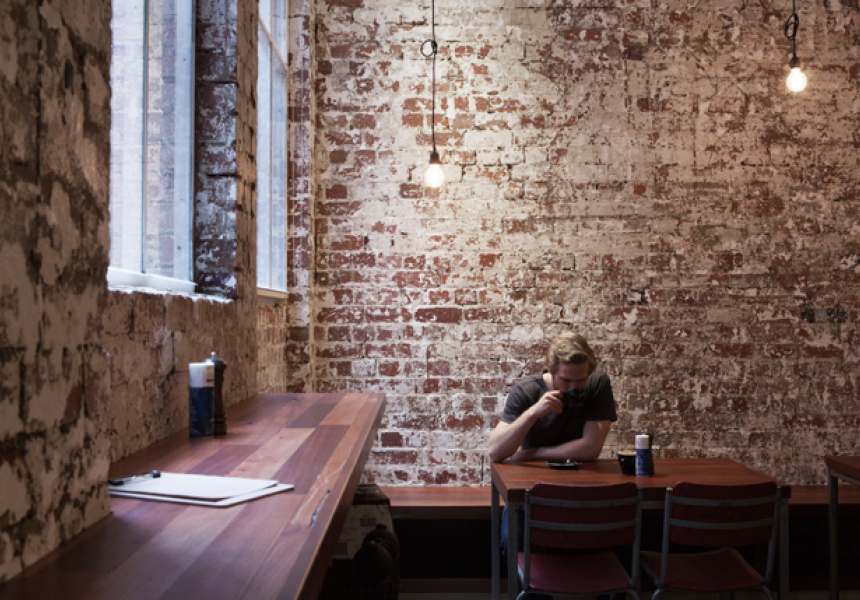 The converted warehouse space that houses Krimper cafe has lived a multitude of lives. Originally a sawmill, then a cabinetmaking factory, it was most recently the Guildford Lane Gallery, which was owned by artist Robert Cripps, who occasionally ran it as a jazz bar by night.

The history of the space envelops the new cafe, with old machinery bases embedded in the floor, an old staircase broken down to make up the tabletops and the original lift car sitting ominously in the centre of the room.

The cafe was named after revered furniture maker Schulim Krimper, who never actually occupied the space, but whose work is deeply admired by owner Mun Soon, a designer and architect himself. As further tribute, Soon proudly displays one of Krimper's own original sideboards in the centre of the cafe, which has become an attraction in itself.

The large industrial space, designed by Soon, feels cosy and inviting, welcoming the students who drop by for a takeaway coffee and Noisette pastry, as well as the office workers who linger over long business lunches.

Krimper boasts a sophisticated menu with influences from Japanese, French and American-style cooking. Breakfast might be an orange blossom-infused waffle with berries, ricotta and maple syrup, or a silverbeet, saffron and potato omelette. For lunch, the Wagyu burger is cooked over a traditional Japanese charcoal grill, served with pickles and tarragon mustard, while a crab and avocado salad arrives topped with coriander and flatbread on the side. Coffee comes courtesy of Proud Mary and head barista Remy Shpayzer has been borrowed from the Collingwood stalwart to man the machine.

Krimper is currently serving up breakfast and lunch during the week, but Soon is hoping to be keeping his doors open for dinner in the near future.