Khanh Ong Brings Home-Style Vietnamese to The George on Collins

The city eatery’s contemporary European menu is gone. Instead, enter for dumplings steamed in banana leaf, a Vietnamese take on bao and tropical cocktails from a former DJ and reality television contestant. 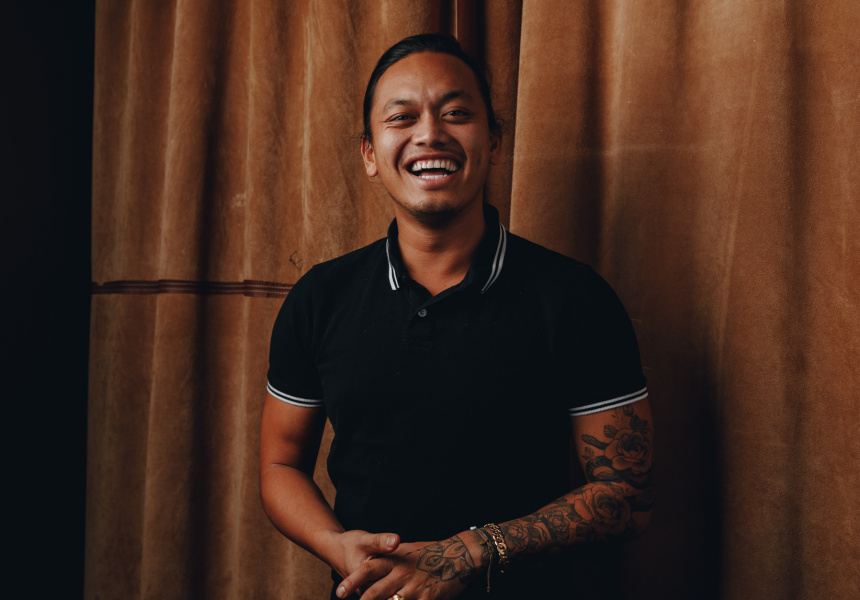 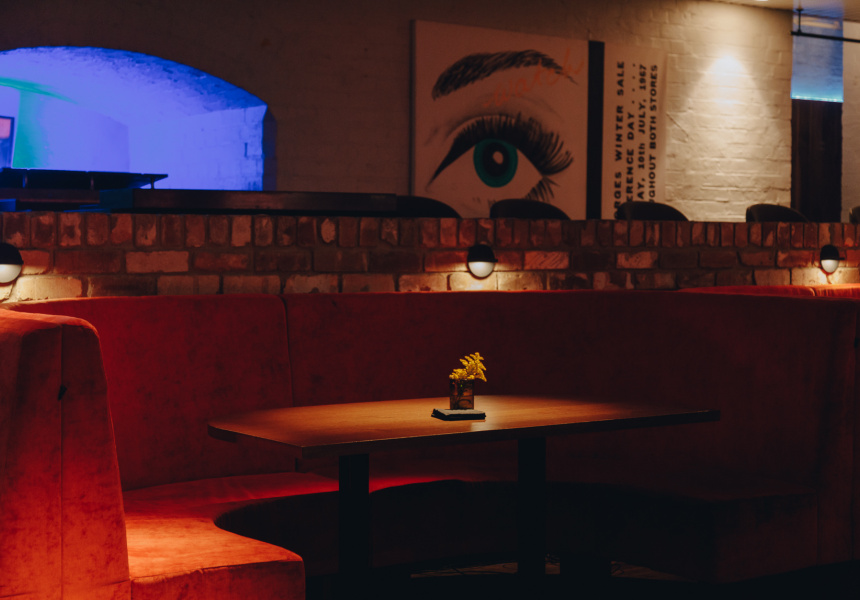 Khanh Ong, former DJ and Masterchef contestant, is the driving force behind big changes at city eatery George on Collins.

“[I’m] very carefree and free spirited and I wanted to show that,” says Ong. “The venue itself is so beautiful, it’s so sophisticated and it’s got vintage tones throughout … I wanted it to be a tiny bit younger.”

Formerly the popular after-work haunt the Long Room, in 2017 the space was turned into an all-day modern-European restaurant designed by acclaimed architecture firm Hecker Guthrie. The re-fit is by the same crew, designed to highlight the heritage features in the space while giving it new vibrancy.

Ong moved into professional cooking after his stint on Masterchef, and he wants the eatery to have a party-ready atmosphere. Inspired by an outfit Paris Hilton wore in 2002, he introduced Glomesh curtains into one of the restaurant’s private rooms. And you can expect to hear a lot of late ’90s and early 2000s R’n’B and pop anthems over the speakers. Cue Rihanna, Beyoncé and Madonna.

The share-friendly menu leans on recipes Ong inherited from his mother and grandmother and borrows flavours he remembers from his home of Cà Mau in the Mekong Delta region of southern Vietnam. “There are dishes on there that people wouldn’t expect from a Vietnamese menu, because its food that I had growing up,” Ong says. “It’s home cooking, but we tried to elevate it a little for a restaurant setting.”

Together with head chef Quim Hernandez, Ong is plating up spicy kingfish ceviche with salty-sweet nuoc mam dressing, cucumber cubes and pickled jalapenos, and banh cuon, pieces of rolled rice noodle filled with tofu and wood ear mushroom, served cool with house-toasted peanuts and loads of Vietnamese mint and coriander. Ong says he’d order three or four of these for breakfast back in Cà Mau. “It’s all about chocker-blocking yourself full of herbs,” he says, laughing.

In Ong’s backyard back in Vietnam he’d toss prawns onto the fire while they were still alive. Drawing on those char-y flavours, here they’re grilled, then finished with a brush of fragrant compound butter made with kaffir lime, lemongrass, coriander, garlic and ginger.

Fiery grilled spatchcock with ginger fish-sauce caramel is a nod to Vietnamese barbequed chicken wings Ong has fond memories of enjoying with friends back home.

Stained-Glass Dumplings, named for their see-through finish, are made from tapioca flour, salt and water. They’re filled with baby prawns and chopped pork, steamed in a banana leaf then topped with spring onion oil and slices of heirloom carrot.

Banh tieu, a sesame-topped hollow doughnut, is subtly sweet and best ordered alongside Shaking Beef, which is named for the way the cubes are shaken around the pan when cooking. Take a doughnut, tear it in half and stuff the meat inside, topping the bao-like result with watercress and sliced pickled onions.

Ong’s Vietnamese influence reaches the cocktail list, too. Lemongrass- and chilli-infused Martin Miller’s Gin is the hero of the Hot in Ha Noi, and the One Night in Saigon is fresh and bright, loaded with tropical coconut and guava. 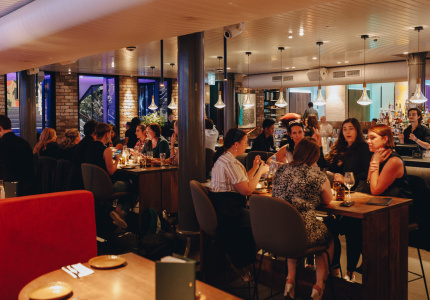