KeepCup Salutes the Reuser at MICE

With a wash-up station set up at the Melbourne International Coffee Expo this weekend to limit the amount of disposable coffee cups used, KeepCup is saluting the reuser for a charitable cause. 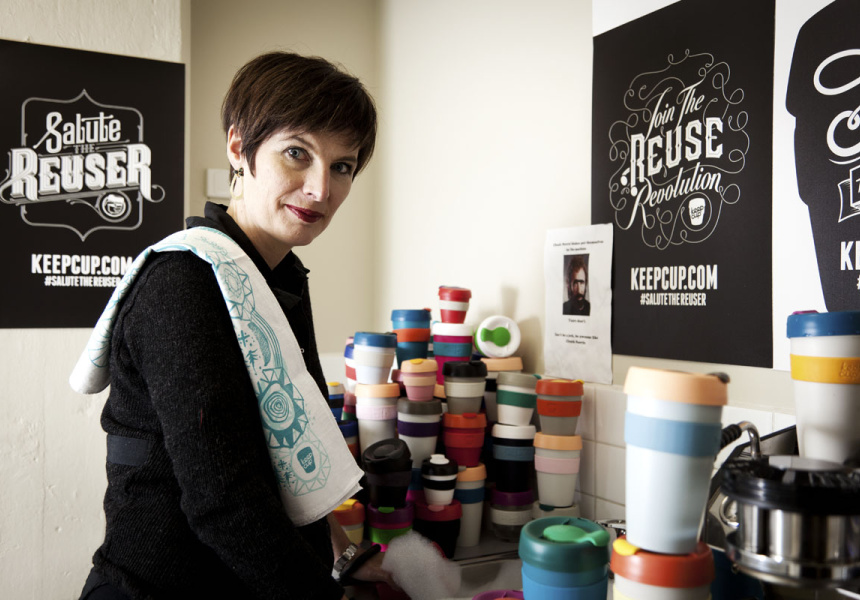 While it’s easy to believe we’ve been sipping takeaway lattes since we were weaned off apple juice, just 15 years ago, coffee-to-go was a rarity. In 1998, at their Melbourne CBD cafe, Bluebag, brother and sister team Abigail and Jamie Forsyth were one of the first to introduce disposable cups, but it’s the duos creation 10 years later that’s made another big impact on the way we consume our morning brew.

“At Bluebag, we were exposed to the levels of packaging we went through as a business, and we started looking for ways to reduce our disposable waste,” says Abigail. “You’d see a few people come in with their ceramic mug, feeling very virtuous and the barista would just roll their eyes. With a mug or a thermos, you can’t fit it under the group heads, you can’t get the shot to come up with the milk, and then there’s the whole problem of what you charge. From a customer service point of view, it was a pretty unsatisfying experience.”

Enter the KeepCup, a simple idea that has taken the world by storm, tapping into a market of people who love their coffee, care about the environment and are into design. To date, around three million of the distinctive reusable cups have been sold around the world, with the main markets in Australia, the UK, New Zealand, Canada, Sweden and Holland.

“We find that a lot of people who are interested in KeepCup overseas often have a Melbourne connection,” says Abigail. “They’ve come to Melbourne and experienced the coffee culture, they’ve seen the product and they’ve taken it back home with them.”

As the world’s coffee cognoscenti descend on Melbourne for the Melbourne International Coffee Exhibition, KeepCup is taking the opportunity to ‘Salute the Reuser’.

“Beyond selling a product, we’re really about behaviour change – we want to connect the product with the purpose and build momentum behind reuse,” says Abigail. As part of the ‘Salute the Reuser’ campaign, KeepCup has produced a clip that highlights the global popularity of the product, with scenes from as far afield as Italy, Slovenia and Korea.

KeepCup is also setting up wash stations at the World Barista Championship at Melbourne Showgrounds this weekend, aimed at limiting the amount of disposable waste generated by the 10,000 to 12,000 caffeine fiends expected to walk through the doors.

“We’ll wash any reusable cup, including ceramics, glass and KeepCups, and for every wash we do we’re going to donate 10 cents to Coffee Kids, a charity that supports families in coffee-growing areas,” Abigail explains.

A not-for-profit organisation, Coffee Kids works in Latin America to help educate and support the children of coffee-growing families. “A lot of the roasters do direct trade in the region, where they go and buy off one farmer,” she says. “And even though that’s fantastic, in Central America there’s often such a collective spirit that that process can actually be quite dividing.”

When you consider that it costs around $150 to put a child through school, the $3000 KeepCup hopes to raise this weekend is no small change.

As part of the Salute the Reuser campaign, T-shirts bearing designs by Jessica Hische of Moonrise Kingdom and Timba Smits are also up for grabs, and an Instagram competition will capture the best ‘salute’ of the day. Tag your KeepCup shot with #salutethereuser for your chance to win a Crumpler bag filled with coffee.

KeepCup is at MICE this weekend. 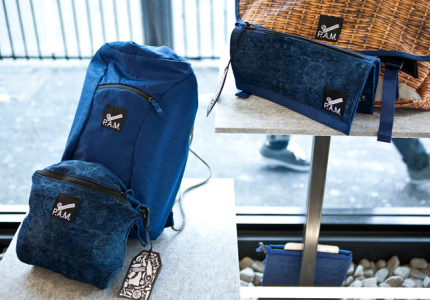