Feeling brave, or shaking in your boots? If you like some punch in your lunch, you need to get here on Sunday. 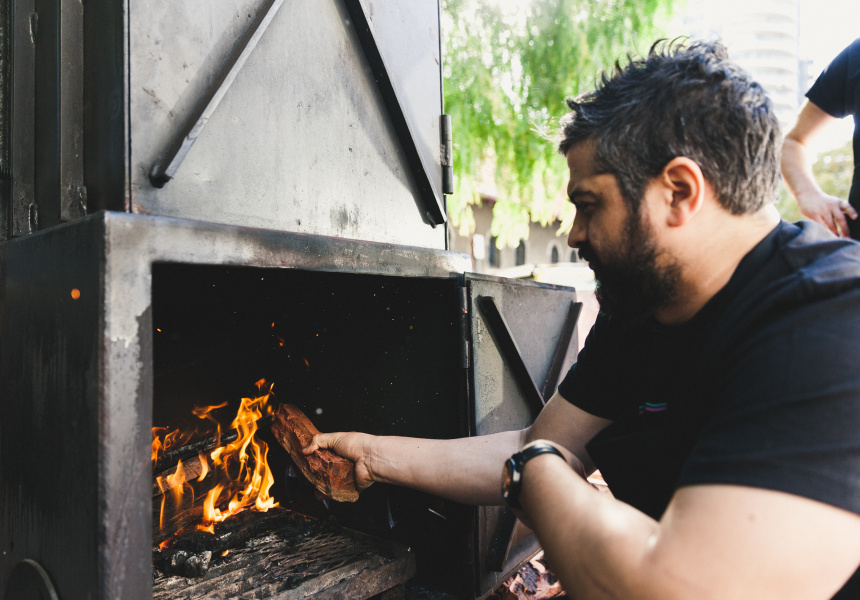 “If people see a smoker jam-packed with meat and looking absolutely sexy, they’ll queue for hours.”

This piece of wisdom comes from Raphael Guthrie, who along with partner Steve Kimonides started smoking meat at the beginning of 2014.

“Steve and I both work at [restaurant] Il Bacaro. I’m front-of-house and he’s the wine buyer and sommelier. We’ve known each other for eight years and always talked about doing something together,” says Guthrie.

So after being introduced to southern-style meat smoking while spending some time in the US, Kimonides returned to Australia with an idea, and Guthrie decided, “just to trust him.”

“We imported a Lang smoker from Georgia in the US,” says Guthrie of the $12,000, trailer-mounted smoker the pair have been towing to festivals, weddings and next the Immigration Museum’s Chilli Fest on April 19.

The first few months of smoking involved a lot of experimentation, and while neither of the pair has a chef’s background, a decade working in restaurants has rubbed off on their palates.

“I’ve always been the one in the kitchen, hassling the chefs and talking about flavours. Years ago I thought about being a chef, but didn’t do it because of the hours. This has been my shortcut.”

Kimonides and Guthrie continue to work at Il Bacaro full time, towing the smoker around on weekends. “The beautiful thing is the flexibility we have,” says Guthrie. “We did 800 pulled-pork sliders at Laneway Festival, and then we did a sit-down wedding with four courses of canapes.”

“We’re ‘gonna do our take on the bahn mi – with a beautifully crispy bahn mi roll, pulled pork with induju and fresh chilli. And also a beef taco with smoked beef cheek – it’s really rich and intense.”

Guthrie says you can’t beat the taste of meat straight off the smoker. “People always ask what the rub is, but it’s just salt, pepper and smoke. That’s all you need.

“But after 12 hours standing next to a smoker, all I really feel like eating is a fresh salad,” he says.

The Immigration Museum’s Chilli Fest will be held on April 19 from 12pm–6pm as part of North South Feast West. For a full festival day program visit the museum website. Tickets are $15 and include entry to the museum.

This article is published in association with Museum Victoria. 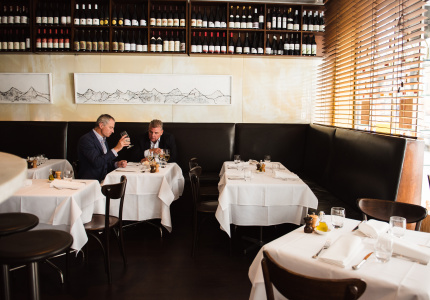