It started out in 2020 as a delivery service aspiring to be the “Asian Messina”. Now, the two top chefs are scooping vibrant, textural flavours like ube, cheese and crème caramel in their very own store. 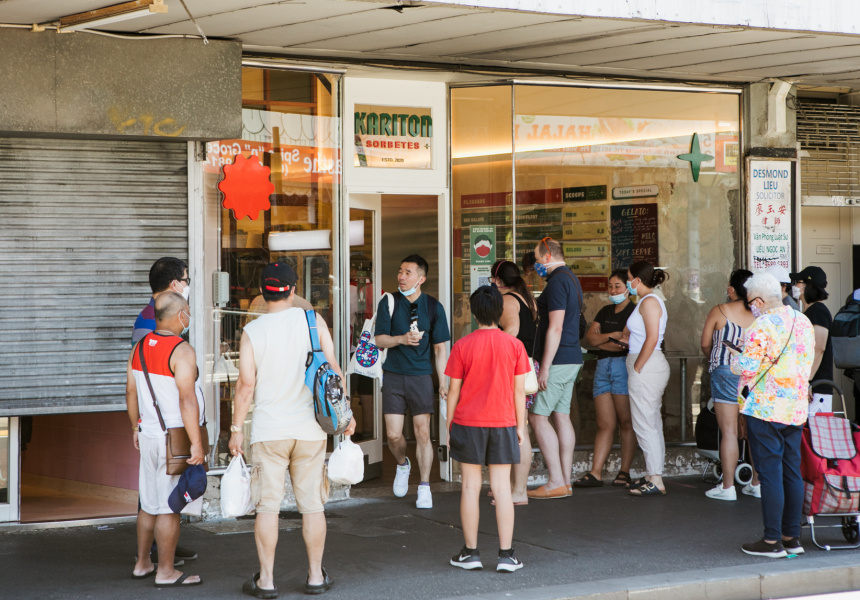 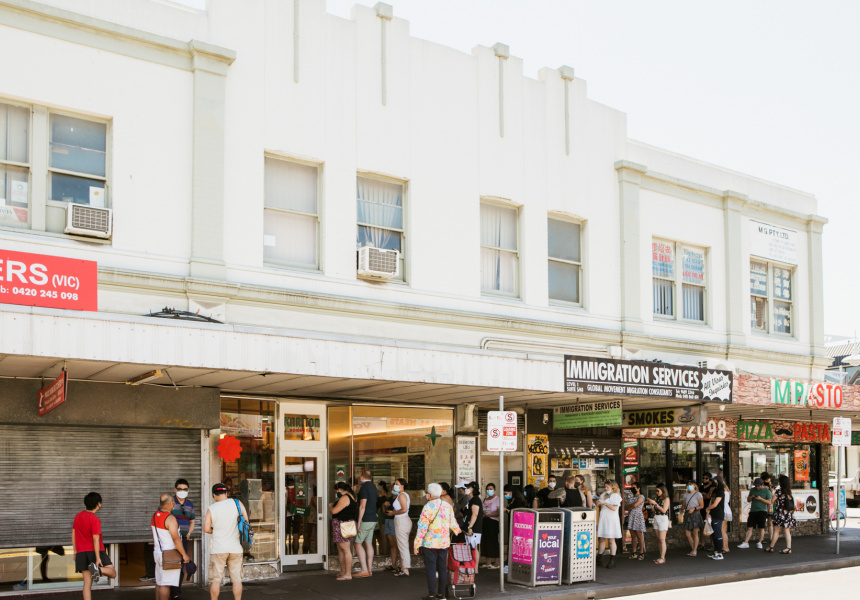 When Filipino chef John Rivera (former executive chef at Lume and chef de partie at Sunda) and Minh Duong (former head pastry chef at Maha) first launched ice-cream delivery service Kariton Sorbetes in 2020 – with the goal of becoming “the Asian Messina” – they thought their audience would largely be homesick Filipinos looking for a taste of home.

A lot has changed in just a year and a half.

“I remember when we first started selling our keso [cheese] flavour, some people would say, ‘What? Cheese and gelato? I don’t get it.’ And now our clientele is 60 per cent non-Filipino,” Rivera tells Broadsheet. “We really wanted to introduce those Filipino flavours through a familiar setting, and everyone loves gelato – it was an easy foot in the door.”

Now, the team has paused deliveries, parked the proverbial kariton (it means “cart”, referring to the ubiquitous street-food ice-cream carts of the Philippines) and moved into a bricks-and-mortar home in Footscray.

“All our flavours get rigorously tested by my dad,” Rivera says. “He’s your typical Filipino dad: he’ll give it to me straight up if he doesn’t like it, but if he likes it then that means it must be really good. Everything is made in-house in small batches – we’re churning flavours every day, every second day, or twice a day if we need to make more.”

Two slots are reserved for specials. At the time of opening, those are Thrilla in Vanilla, with rich, deep vanilla flavour in spades, and Milo Dinosaur, with malted milk-chocolate ganache. The soft-serve flavour also rotates; right now it’s a play on taho, with silken tofu-flavoured ice-cream is topped with soy-milk panna cotta, boba pearls and oolong-tea syrup.

You can get scoops, or tubs to take home. Plus, handheld treats inspired by classic iceblocks, choc-tops and Maxibons; sliced gelato cakes (sans rival, with layers of cashew dacquoise and brown-butter gelato, is a standout); and you can pre-order larger cakes.

“The cakes are almost a cross between Filipino classics and Australian nostalgia. One of the cakes is inspired by the Freddo frog ice-cream cake. And growing up as Filipino-Aussies, we’d always go to friends’ birthday parties and have that,” Rivera says. “We want to evoke that feeling you’d get when you hear the ice-cream truck, or when you go to the servo to pick out an ice-cream.”

The new shop – in the former Romans Original site – was designed by local architect Stefan Bagnoli and built by Seventy7 Projects’ Michael Mabuti, who has also joined Rivera and Duong as a third business partner. The pastel-hued walls look worn and faded, while elements such as the metal arch give a more polished feel. The colourful window display (reminiscent of another classic dessert) and rattan panelling are further nods to Kariton’s Filipino origins.

“It [combines] this meticulously crafted product with a rough-around-the-edges urban idea of what street food is in the Philippines,” Rivera says. “We’ve taken cues from old ancestral homes and combined [them] with things like the galvanized steel you’d see on jeepneys.”