Punch Lane Opens a Sister, Juliet, in its Basement

Women winemakers and distillers make up 80 per cent of the drinks list at this intimate new bar in the city. 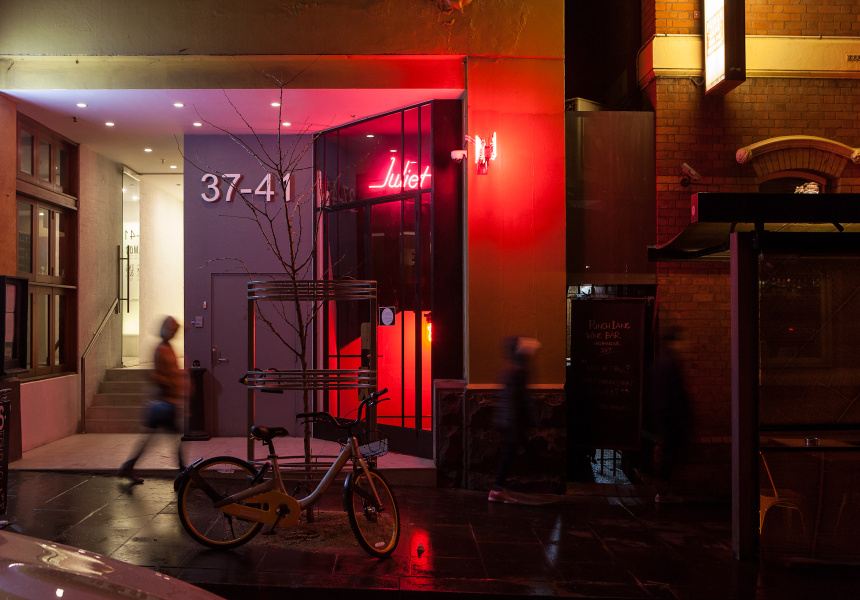 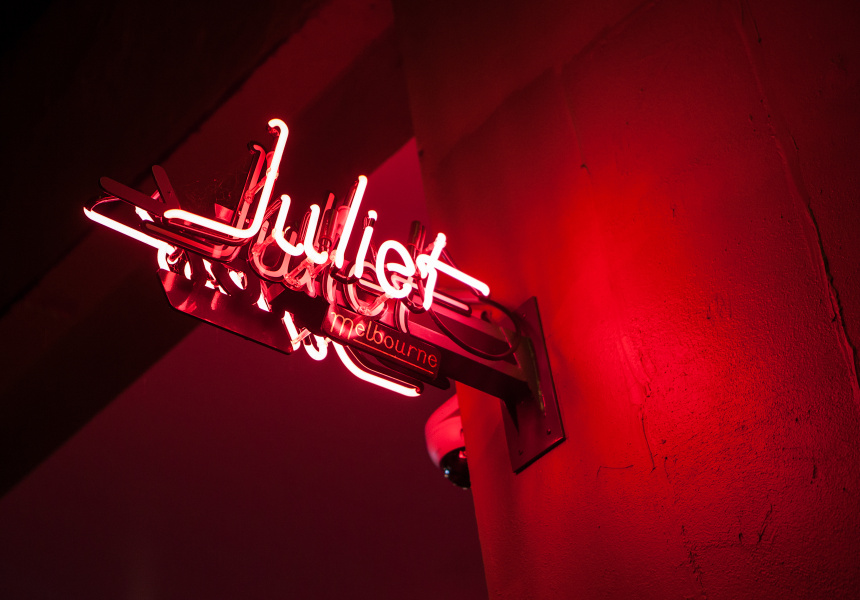 Martin Pirc’s Punch Lane was one of Melbourne’s first laneway bars. At the time, the city’s hospitality landscape – especially in the CBD – looked very different.

“The government [deregulated] liquor licensing laws in the ’90s and it opened up great opportunities for smaller boutique venues like us to experiment with new offerings,” says Pirc.

More than 20 years later, Pirc’s newest venue, Juliet, is another singular Melbourne bar. Located in the basement of the Punch Lane building, it champions women winemakers, distillers and even cheese producers from Australia, New Zealand and Europe. Products by women account for roughly 80 per cent of the drinks menu. On the wine list you’ll see only a few men among names such as South Australian winemaker Corrina Wright; Callie Jemmeson from King Valley in Victoria, and Caroline Frey from France.

“We’re not coming from a political standpoint,” he adds. “It’s just a good idea that’s relevant and gets people thinking differently, and the response so far has been incredible.

“We’re uncovering new territories and product variations we haven’t seen before. Perhaps it’s the nature of our genders that’s bringing another tone, interest or perspective to the equation.”

Martin Pirc’s wife, Melanie, suggested the name Juliet for its femininity (a counter to the more masculine name, Punch Lane). Pirc only later discovered that neighbouring Liverpool Street had once been known as Juliet Terrace.

Outside Juliet, a pink neon sign signifies the bar is open. Down below, dry-aging meat cabinets, slicers and temperature-controlled wine fridges are on display, allowing guests to feel a part of what’s usually behind-the-scenes action.

“When the opportunity to have full use of the space arose, we decided to open a new venue with state-of-the-art kitchen facilities, to service both venues and enrich Punch Lane’s offering upstairs too,” Pirc explains.

The interior by Rabindra Naidoo marries classic European design with a contemporary Melbourne sleekness. It’s casual, but intimate, with oak panelling, a corner fireplace, polished concrete floors and a polished dark-wood bar with a pink neon glow running the length of it.

Make note of the lights: those hanging are made from hand-blown glass, and a custom-made contemporary chandelier looks more like art than fixture. Steel wine racks, chairs and trolleys were handmade by Paul Dodd of Shush Industries.

“We really wanted to design a space where many stories and events can play out at the same time, but fuse together under one shared atmosphere,” Pirc says. “We faced a lot of barriers installing the fireplace in the basement, but it’s been such a key element in creating a cosy atmosphere where you can really stay for hours and lose your concept of time.”

Alongside wine and cocktails, you can order a range of cheese and charcuterie boards, as well as small plates such as the vitello tonnato and sardines coated in semolina and pan-fried.

Raclette comes from Tasmania’s Heidi Farm. The cheese is melted then scraped at your table, to cover pickles or meat skewers.

“It’s so visual and theatrical,” says Pirc. “We love this interaction with visitors.”