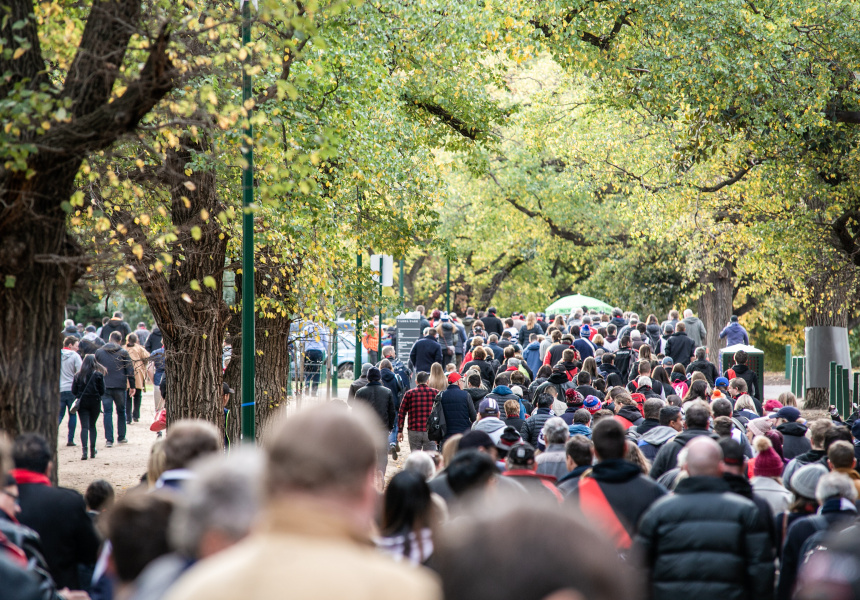 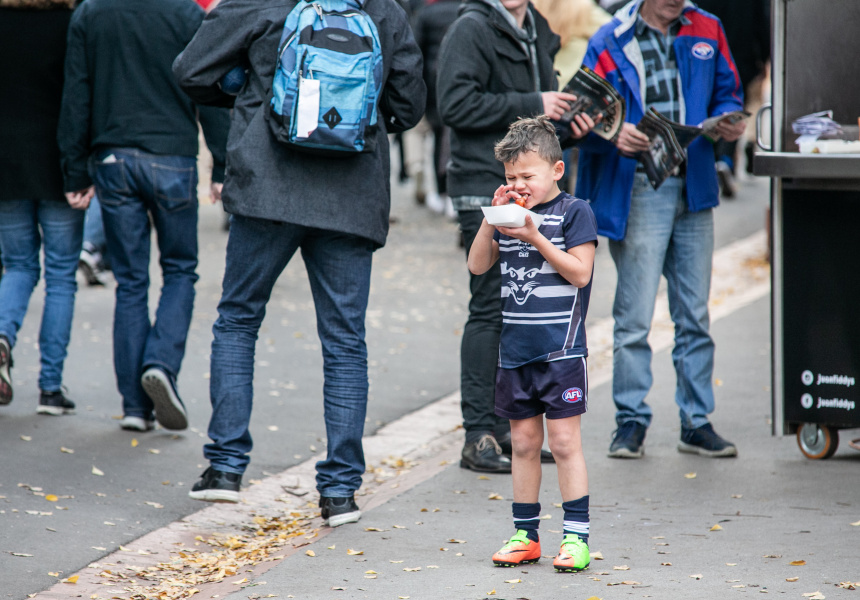 Phrases such as “locally sourced”, “high quality”, “made from scratch” and “super fresh” come up often, making you rethink that Tip Top, Big Red, price-dropped 12-pack situation you’ve been running all these years.

It all starts with a Troy Wheeler (head butcher for Meatsmith) special: the cheese kransky. “It’s the star of our dogs,” says Balme. “The meat is really chunky, they’ve got this smoky flavour, and with all that cheese ... People always comment on that first bite – the first snap they get from the sausage skin.”

Then comes the cosy bun, courtesy of St George’s Bakery at South Melbourne Market. “We searched around for something not too heavy, too buttery or too sugary – a cross between a brioche and a white roll,” explains Balme. “[When] you put them on the hot plate it makes them just a little bit toasty on the outside and warm in the middle.”

Last, but certainly not least, are the toppings. Differences in those distinguish between the Spicy Satay, Smoky Salsa, or Simply Saucy dogs.

“We hand make all our own ketchups, so one sauce on every dog is made by us,” Balme says.

These three fancy franks, plus a small range of classic Kirks soft drink, make up Juan Fiddy’s entire menu, which has remained unchanged since its launch in early 2017. “If it ain’t broke, don’t fix it,” says Balme.

It took only a few gigs – at Healesville distillery Four Pillars, Cruden Farm’s jazz festival in Langwarrin, plus a couple of VFL and AFLW matches – for the cart to outgrow its name, which is a play on words (pronounced Hwun Fiddy) referencing the 150 snags that were available at each event. Quantities of up to 500 are now regularly needed to meet the demands of snag-inclined event-goers.

A fleet of Juan Fiddy carts or a bricks-and-mortar store is on the cards at some point, but it’s not the immediate priority.

“When people try their first Fiddy and they’re happy with the quality we look at doing things into the future, doing more with it and perhaps expanding,” says Balme. “But being able to move around and meet new people is something we’ve really enjoyed.”

In the meantime, Balme and Pagano have added large-scale events such as the Laneway and St Kilda festivals to their repertoire, as well as weddings.

“We travelled down to Cape Schanck recently [for one],” Balme says. “The bride’s brief was: ‘I want you to come at 11 o’clock when everyone is drunk and wants to start eating hot dogs’”.

This article was updated on September 14, 2018. Menu items may have changed since publication.