Joanna Wilson from Mart has opened her first solo venture with a little help from Melbourne artist Beci Orpin and funding from the local community. 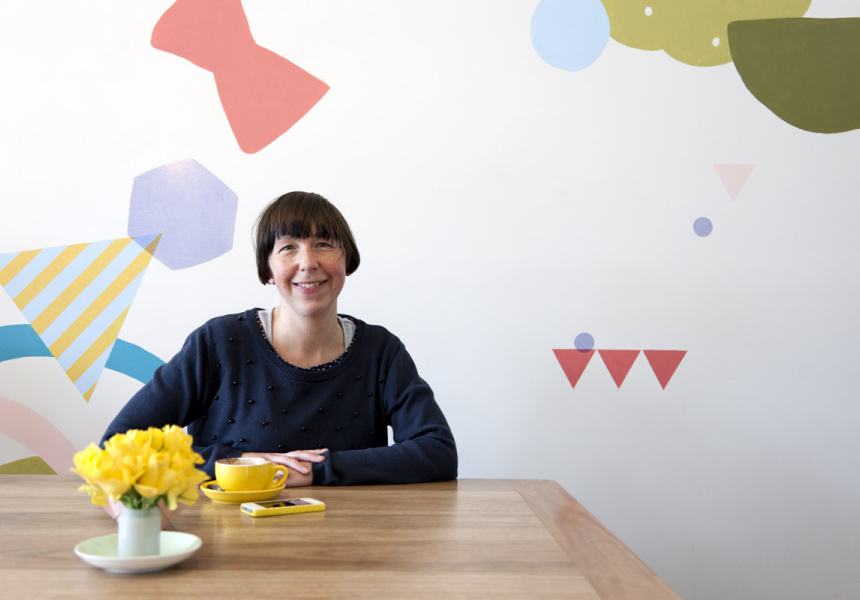 Brunswick locals seem to be more excited about the opening of John Gorilla than they are about most cafes, and for good reason. The warm welcome is in part due to the cafe being the first solo venture from Joanna Wilson (one of the co-owners of the brilliant Mart130 in Middle Park), reason enough for an abundance of excitement we think.

But there’s a second more tangible reason the community have been flocking to the café, which opened yesterday. A lot of them played a role in funding it.

After John Gorilla’s construction fell behind schedule, Wilson joined up to crowd funding website Pozible to raise some cash. Through the website, people could sign up for vouchers for coffee and food in exchange for donations. Wilson says locals really embraced the idea with many coming past and knocking on the window as John Gorilla was being built to say they had kicked in money and were keen to find out when the opening date was.

“The greatest success was that from a marketing perspective – it really created a buzz around the Brunswick area,” Wilson says. In fact, most people involved in the cafe come from the local area. Indeed, the cafe’s builder is a Brunswick resident and most of the suppliers including Padre Coffee and Rustica are based locally as well.

The space is colourful and quirky with multicoloured rulers lining the cafe’s counter and leadlight windows adding character. Much-loved Melbourne artist and designer Beci Orpin has hand-painted a geometric mural on the cafe’s main wall. And there’s even a small courtyard out the back for when the weather improves.

Shane Beazley, who was the head chef at Mart130 is behind the stoves, turning out a breakfast menu that includes everything from lambs fry to French toast. Already, John Gorilla’s potato hash is proving a local favourite, thanks to the addition of Kaiserfleisch, a German delicacy of smoked pork belly.

Lunch options include bacon butties, toasted bagels and salads. The highlight is what Wilson describes as a “killer chicken sandwich”. It’s made from organic roast chicken with homemade stuffing and aioli. There’s also a heap of sweet treats on offer, including canelés (caramelised on the outside and then custardy inside) and delicate orange and raspberry friands.

Just keep an eye out for the quietly smug locals who act like they own the place. In a funny sort of way, they do. 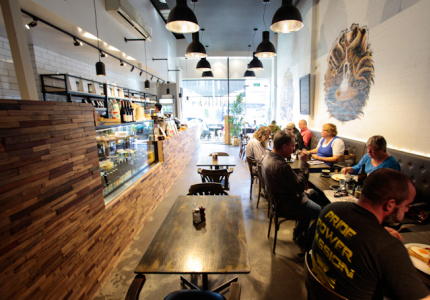