We tracked down this burger aficionado to get the inside word on the city’s best burgers and find out if it was possible to live on burgers alone. 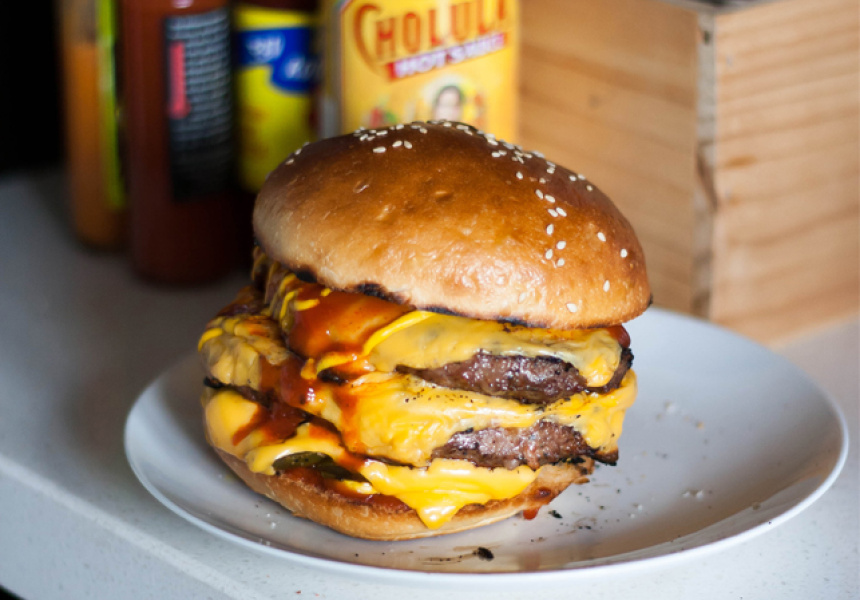 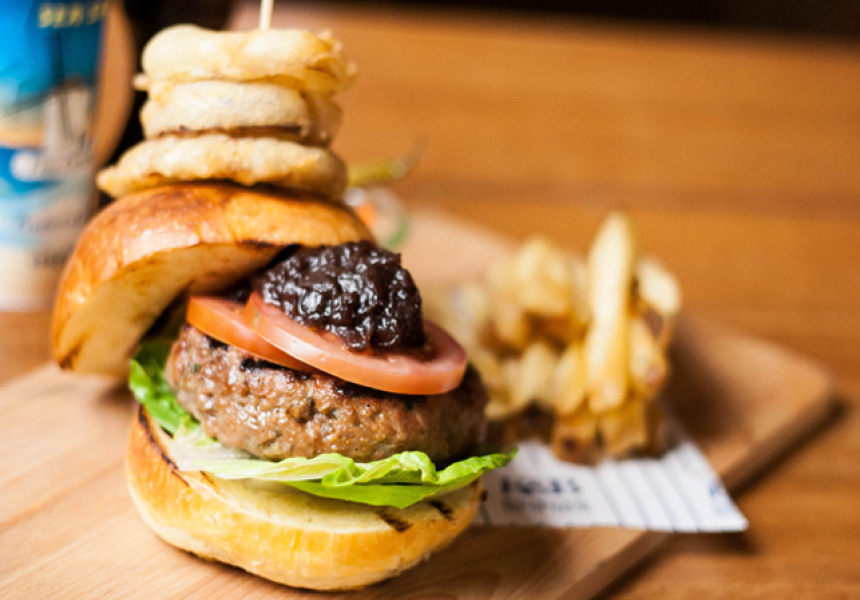 There was a rumour circulating about this guy that only ate burgers. He posted on Instagram once or twice a day, giving an insight into the daily digest that was his burger escapade. He goes by the tag “Jimmys_Burgers” and after following him for a week, I was pretty convinced the rumours were true.

So I tracked down this burger aficionado, not only to get the inside word on the city’s best burgers, but to find out if it was possible to live on burgers alone.

Jimmy Hurlston turns out to be a young, clean-cut and healthy looking guy. A formerly hardworking intellectual property lawyer, he’s since ditched the tailored suits to eat burgers fulltime. After securing a book deal, he’s now set out to eat, shoot and critique the best of the city’s burgers in a hardcover, full-colour compendium that will see no burger bun left unturned.

Hurlston tells us that, growing up, he wasn’t allowed to eat McDonald’s, but at 15 he secured a job under the golden arches and it appears to have been all downhill from there. After taking on challenges such as ‘The Pounder’ (yeah, that’s four Quarter Pounders stacked together), he developed a passion for the humble burger, which has seen him more than make up for lost time. His consumption estimate peaks at over 4000, but you get the feeling that could be a conservative estimate.

Hurlston is tight-lipped on what the city’s best burgers are, assumedly to retain some surprise for when the book launches late this year. His Instagram snaps give little away also, but he reckons that “The most popular snap is actually of a burger I made myself.”

He’s got no preference for style and we discuss the recent trend of Americana sweeping the city. “Americana might be a fad, but the burger is here to stay. Danny’s, Andrew’s, they’ve been around almost since the 30s,” he urges. “They’ve barely even changed their menus since they opened.” There are no prejudices here. No burger merchant escapes the eye of the obsessed burger eater.

It takes a special kind of person to turn a passion into a job, especially one that is so single minded and arguably detrimental to your overall health. But Hurlston’s love for the burger is palpable and we can’t wait to see who is crowned with the title of the city’s best burger.