It took six years, but two childhood mates finally have their own brewery. Sort of. 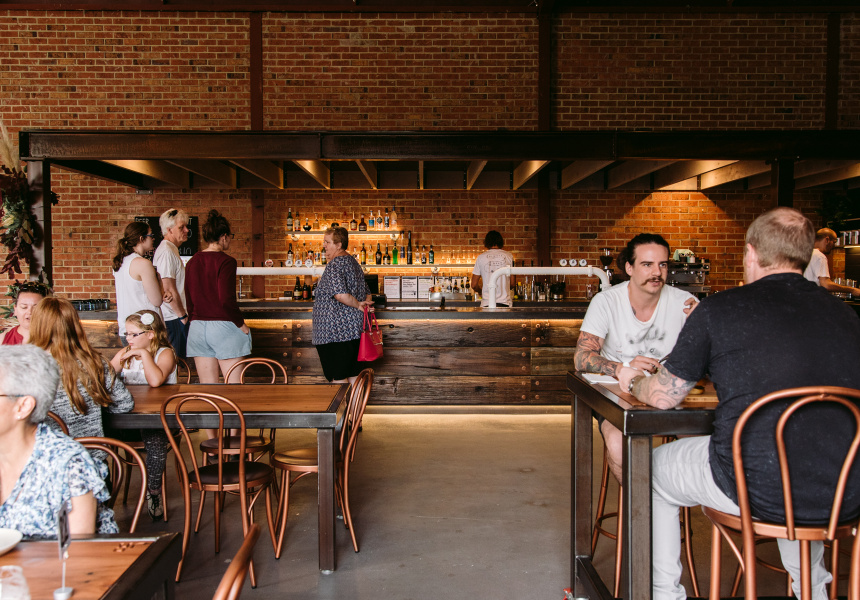 Jetty Road Brewery is actually on Brasser Avenue. Jetty Road – another kilometre down the freeway – is where brewer Blake Bowden got his first look at the beer-making process with his former boss, Simon Weir.

Later, when Mornington Peninsula Brewery was starting up, it contracted Weir’s joinery company to install its bar. Bowden started helping out there on weekends and learning his way around the brewhouse.

Unfortunately, he won’t get his own gear until at least August. That stuff ain’t cheap, and raising the capital to lease and fit-out Jetty Road in itself has been a stretch.

The first three beers are currently brewed and packaged at Kaiju! in Dandenong and Hawkers in Reservoir. There’s an easy-drinking pale ale hopped with Mosaic and Simcoe; a relatively bitter amber ale containing Topaz and El Dorado; and an IPA with Mosaic and El Dorado.

There are also spirits and wines, but apart from a cider, the bar’s other 13 taps aren’t connected to anything. “When we get our brewhouse in, we’ll have a bit of everything that satisfies everyone,” Bowden says.

He and childhood friend Grant Rodgers started thinking about opening their own place six years ago. After some false starts, they’ve partnered with Weir, his apprentice Shayne Bland, family friend Nick O’Brien and his mate Jonathan Pritchard.

“We all got on iknowabloke.com and just went from there,” O’Brien jokes. He’s the only one with hospitality experience (pubs in Sydney, cafes on the Peninsula), making him the natural choice for venue manager.

He’s partially responsible for the family-friendly food menu, which includes lighter dishes such as burrata bruschetta, and a walnut, pea and pecorino salad, alongside 300-gram steaks and fried chicken with sticky cucumber-coriander sauce.

The room itself is simple. There’s a big Mambo-like mural by the guys at Snakehole, who Bowden and Rodgers know from high school; a flatscreen for cricket and footy; and plenty of faux-bentwoods made from powder-coated aluminium. For kids, there’s an astroturfed courtyard and cubby house to play in.