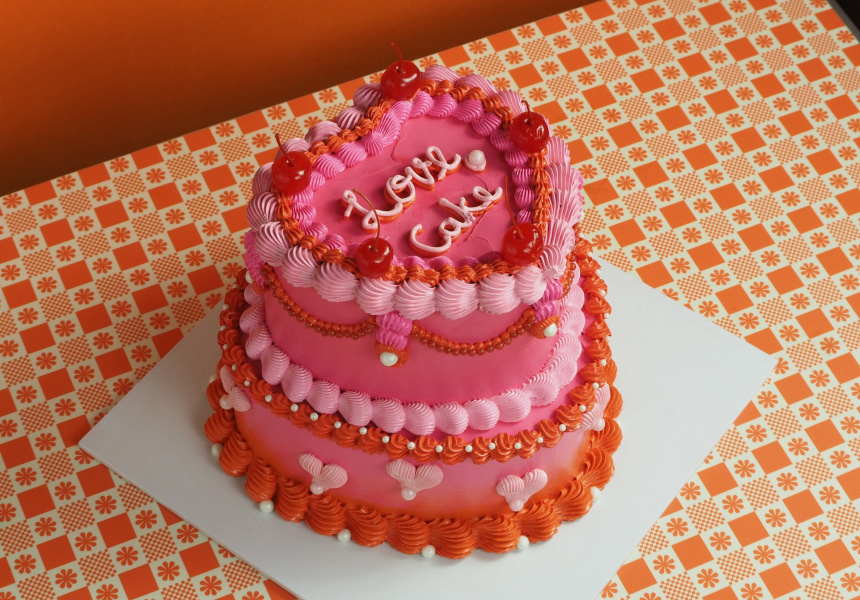 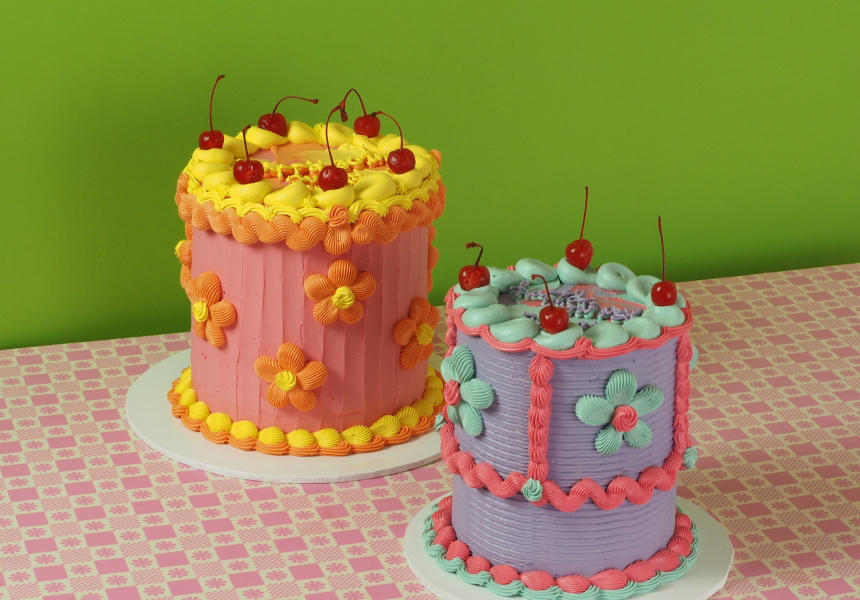 Chimkire was working as a pastry chef when the pandemic hit. But with the hospitality industry thrust into hibernation, she decided to look for a silver (or candy-coloured) lining in all that newfound free time. “So, I thought of doing Mali Bakes from home,” she tells Broadsheet about her recently launched celebration-cake business.

It popped off. After being up and running for only a few months, she had so many orders she needed to rent a friend’s kitchen to keep up. And it wasn’t long before she decided to go all-in, finding an appointment-only shopfront on High Street in Thornbury to run Mali Bakes from.

A ton of time and effort went into developing the cake aesthetic. Chimkire soaked up inspiration from cookbooks from the ’50s and ’60s. For the colour palette – a dreamy, kitsch mishmash of pastels – she looked to some of her favourite retro films (“a lot of Wes Anderson … The Grand Budapest Hotel and Moonrise Kingdom”, she says).

The cake flavours were just as carefully considered. She says she made sure they were “very different [to] regular cakes you can find out there”. “I would walk into Asian supermarkets, Japanese supermarkets, just going to different places where I can source the ingredients.” Four options soon became 14, and there are now six vegan cakes.

One brings together peanut-butter cheesecake and caramelised white-chocolate buttercream; another is a yuzu-poppyseed cake soaked in citron-honey tea. And there’s a vegan carrot cake with spiced pineapple and ginger buttercream.

“Everything is custom and made-to-order,” she says. Just go to the website, choose your flavour, size and colour, then decide if you want to add a personalised piped message.

Chimkire thrives on the challenge and creativity of baking – and that comes through in each of her creations. “For me personally, making cakes is really, really fun,” she says. “Much more fun than cooking in general, just because of the art aspect of it.”

Mali Bakes is open by appointment only. All cakes require a minimum of four days’ notice and can be ordered online for pick-up or delivery across metro Melbourne.