Doughnut Time is Coming to Melbourne

It has a cult following elsewhere. But does it have what it takes in this city? 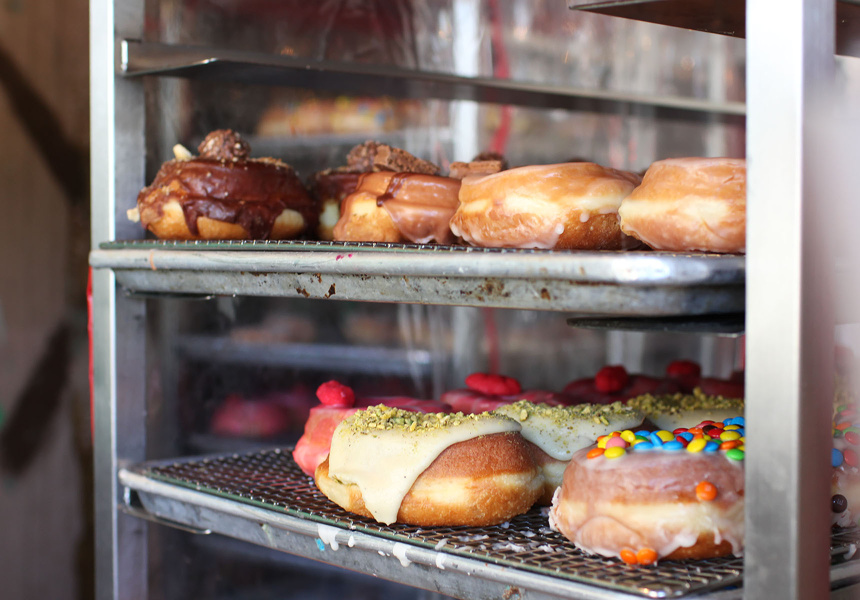 On Doughnut Time’s first day of trade in Brisbane, the customers started lining up at 4.30am. On its second day, the city council issued an informal notice to cease trading, because of the huge crowd mobbing the footpath. On day three, that order was made official.

Nine months later there are four stores in Brisbane and two in the Gold Coast. Next is a rapid expansion throughout Melbourne and Sydney.

Before it opens its two permanent stores next year on Brunswick Street in Fitzroy and Degraves Street in the CBD, there will be two pop-ups to give Melburnians a taste.

On December 1, Doughnut Time will pop up inside Topshop on Chapel Street, Prahran, and then Topshop Emporium in the CBD will follow the next day. Both will run indefinitely.

It’s already secured a kitchen in Richmond, where it'll make all the Melbourne doughnuts. There'll be no room to bake in the actual stores. As in Brisbane, they will be just tiny, kiosk-style takeaway windows.

So what’s all the fuss about? Doughnut Time’s Instagram account is the best place to get an idea. “We go back and talk to the audience through social media,” says owner, Damian Griffiths. “We say, ‘Tell us what you like’. It’s amazing what you get out of that.”

Past creations include Stifler’s Mom, a doughnut filled with apple pie; and Purple Haze, a grape-glazed ring topped with a sour strap. Glazed and Confused is crowned with potato chips; and The Elvis is piped full of raspberry jam, glazed with banana and peanut, then sprinkled with pancetta.

At $6 each, the elaborate, yeasted rings aren’t cheap, but it’s at least clear why they’re so pricey. “It’s a handmade product, you’re always up against the cost of labour,” Griffiths says.

Griffiths admires the Gelato Messina model and wants Doughnut Time to act in a similar way, with the same varieties released at every store simultaneously.

To deal with the tough competition here (All Day Donuts, Doughboys and Shortstop, for example) Griffiths says he’s contemplating going “really late night”, where you can get your doughnut on until 11pm. In Brisbane, at least, this has proven successful. 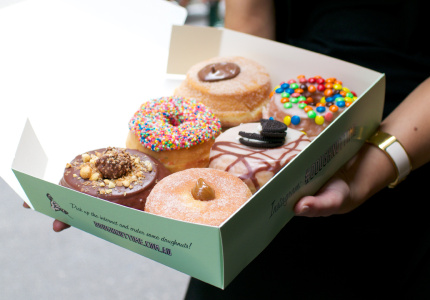