Produced by Broadsheet
in partnership with Melbourne Food and Wine Festival.

It Takes a Village to Make a Feast

The Village Feast is a celebration of farmers in the tiny Gippsland town of Jindivick. In partnership with the Melbourne Food and Wine Festival, we discover the true heroes of our culinary state. 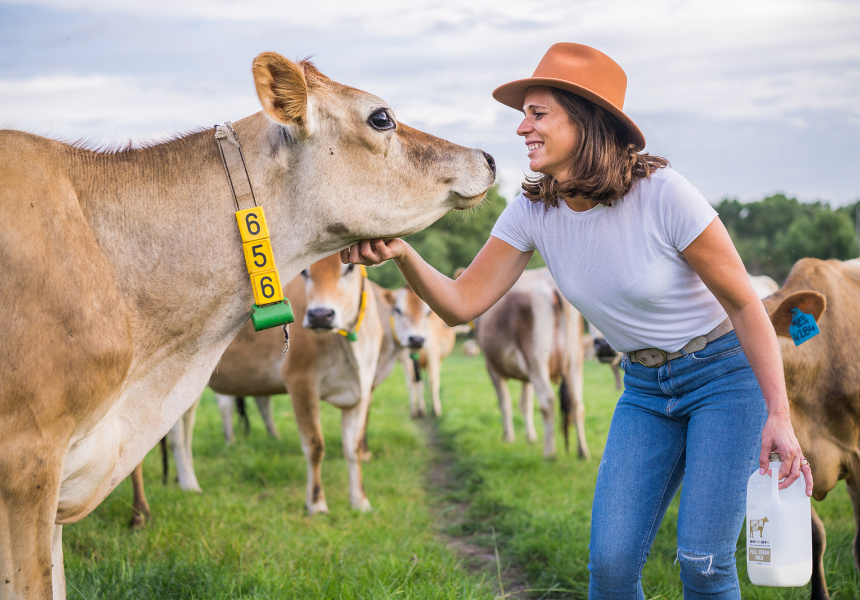 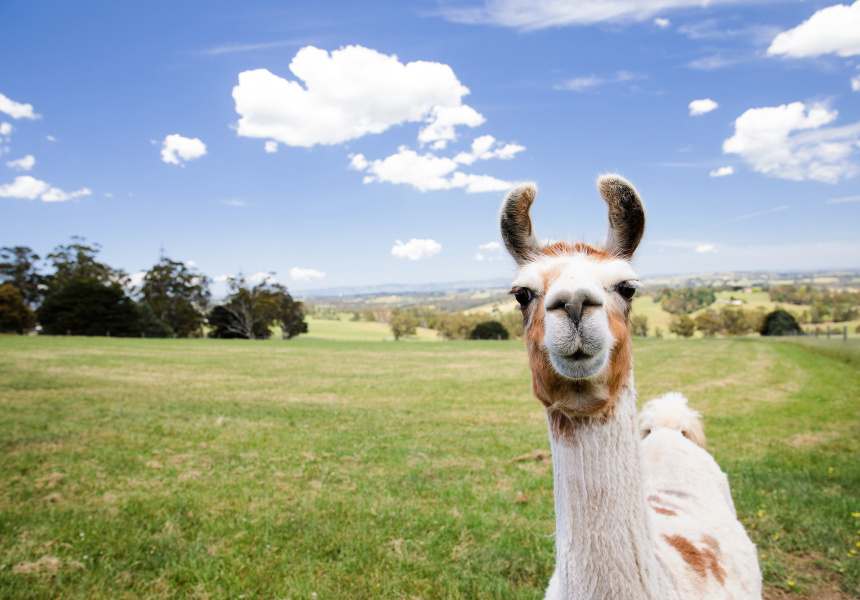 Shannon Martinez had begun to notice something odd. Unpacking the wax-lined boxes wheeled into her kitchen, all the fruit and veg seemed to be coming from the same place. Spinach: Gippsland. Tomatoes: Gippsland. Green beans: Gippsland.

“Something’s happening over in that part of the state that’s just so juicy,” says the Smith & Daughters chef. “We changed suppliers about six months ago to focus on more small farms and more immediately local producers – and the majority of our produce is coming from down in Gippsland.”

Martinez became a Gippsland advocate by accident. Like so many of us here in Melbourne, she’s beginning to wake up to the excellent gear they’re growing to the city’s east. To shine a light on our rekindled love for those rolling hills only an-hour-and-a-half out-side of town, this year’s Melbourne Food and Wine Festival is hosting The Village Feast on March 30, bringing together some of the city’s best-known chefs with the country’s local talent.

Martinez, for instance, will be taking over the Jindivick greengrocer, where she’ll help curate some of that brilliant fruit and veg. “We’ll be working directly with our suppliers to build a fruit and vegetable shop, which will showcase all the produce grown in the area,” she says. “Then we’ll use that produce to set up a deli-style situation where people can build their own lunchboxes.”

You’ll have a choice from four sandwiches, four sweets and bakery options, four salads, and drinks. “You’ll take your lunchbox along and fill it up with your favourite things, which will all be made from the produce that’s available on the day,” says Martinez.

Martinez isn’t the only chef who’s spending the weekend in the country, Matt Moran’s rostered on at the Jindi Cafe. Lee Ho Fook’s Victor Liong, meanwhile, is opening his own regional Chinese restaurant – one of colonial Australia’s true culinary innovations.

The Village Feast’s focus isn’t only on the blow-ins, though. The real stars of the show are Gippsland’s farmers, growers, winemakers and chefs. The Bunurong and Gunai people have been cultivating the land and cooking its produce for tens of thousands of years, while its cattle farmers and vignerons have only been there since 1870. Nevertheless, there are deep roots for the families who till Gippsland’s soil.

Dairy farmer Sallie Jones’s dad, Michael Bowen, left school at 13 to tend the family farm. His own father purchased the property in Lakes Entrance after the Second World War, and the family has raised herds of Jersey cattle there ever since. When Sallie was born in the 1980s, the Bowens were struggling to make ends meet. Both Michael and his dad were working offshore to supplement the farm’s income.

After injuring his foot, Michael was obliged to take a rest. He was laying in bed when he made a split decision that changed the family’s life. “He saw an advert in the Weekly Times for an ice-cream churn. And he bought it,” Jones says. “He’d never made ice-cream. He’d never even cooked dinner. He was a dairy farmer, he’s just not that way.”

Despite his lack of experience, Bowen was a quick study. He spent hours on the phone, figuring out how to use the thing. Soon, he was milking his cows in the morning and skimming off the cream, chilling it down and churning it, then serving the freshly made ice-cream in his shop. Before long, Riviera Ice-Cream made Michael Bowen “The Ice-Cream King of Gippsland”. “I remember growing up there would be queues of people 60, 70, 80 metres long out the front of our ice-cream shop,” says Jones. “People were loving it, because it was a new concept back in the ’80s.”

But the good times didn’t last. All farming families know about the lean seasons, about drought, about the heartlessness of the market. A few years later, Michael passed away. Jones, however, wasn’t ready to let the Bowen family story end there.

One morning at the Warragul Farmers Market, which she founded, Jones met her old mate Steve Ronalds. Steve’s family had been in the dairy game since 1895, when his great-great-grandfather Oscar purchased a parcel of land in Jindivick. The two hit on a plan to turn it around. “It was like my Dad was on my shoulder. He was saying, ‘You need to do this,’” says Jones. “‘You can turn all this negativity into something positive.’ That’s what he would have wanted.”

And so Jones and Ronalds founded Gippsland Jersey, an independent dairy processing its own milk, which it sells to consumers at a fair price. When journalists and advertisers talk about produce, they’re keen to talk up the “authenticity” of the farmer, to leverage their story. But for Jones and Ronalds, independence isn’t just a marketing strategy. Their lives literally depend on it. “The milk’s a conduit to the real message: which is that farmers should be paid a fair price,” says Jones. “It’s hugely personal. And we’re just starting.”

Melbourne Food and Wine Festival’s Village Feast plans to make tangible that personal connection between producer and diner. Not only can they sample freshly churned ice-cream sundaes at the Jindivick milk bar, they can stay overnight on the Ronalds family farm.

“The paddock that’s been chosen is the most picturesque,” says Jones. “To have the opportunity to stay on a working dairy farm – that just doesn’t happen. There’s something really grounding about it.”

Sallie Jones’ story isn’t the only one in Gippsland. Every time you look down at your plate here in Melbourne, there’s a person who’s spent years – if not generations – cultivating the soil in which that food grew. If you’re someone who eats (and who isn’t?), it’s worth knowing where your meal came from. Make like Shannon Martinez: “I haven’t spent a lot of time out there,” she says. “So this is a way to get myself and my staff out there to go and meet the growers in person.”

Entry to The Village Feast is $25 for adults and free for children 12 and under. Food and drink is additional. A two-person bell tent costs $615 for a minimum two-night stay.

This article is produced by Broadsheet in partnership with Melbourne Food and Wine Festival.

Produced by Broadsheet
in partnership with Melbourne Food and Wine Festival. Learn more about partner content on Broadsheet.