It Starts with a Cocktail

Bacon and eggs, like you've never had it before. Here's how to make it. 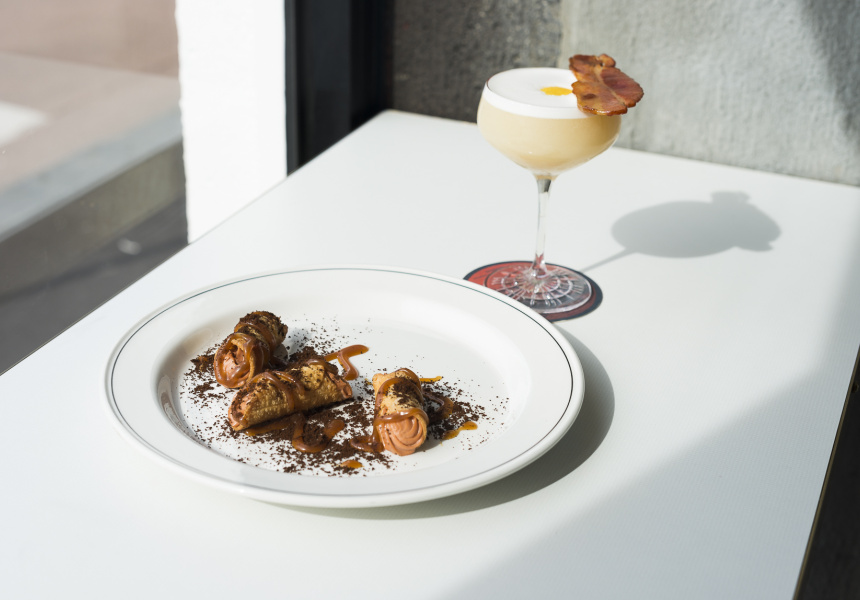 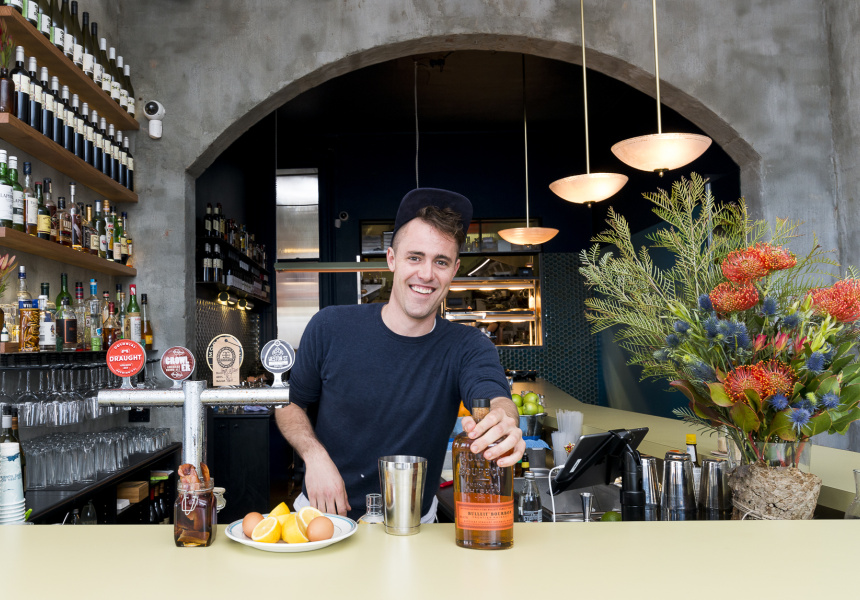 There is nothing Mark Leahy finds more heartening than when patrons head straight for the bar. A bartender at Bedford Street, an all-day eatery in Collingwood, Leahy assumed he’d have to work to sell cocktails. “It actually works in reverse,” he says. “People come in for cocktails, then get something to nibble on.”

Leahy thinks the restaurant’s layout plays a big part. Its generous bar area means diners are encouraged to sit close to the action. It’s the same over at new, modern-Thai eatery Chalawan (also in Collingwood). Bar manager Nawin Pimolrat insists Chalawan puts equal focus on food and cocktails, but with the bar taking up most of the space inside, it’s hard not to consider a cocktail before considering the food.

Chalawan is contemporary Thai. Its dishes are traditional but made with modern techniques and Australian produce. Cocktails are inspired by Thai flavours such as lemongrass, pandan syrup and kaffir lime leaves.

Thai folklore is another inspiration. In one story, Chalawan (a crocodile god) steals the daughter of a wealthy man. A warrior, Krai Thong, is hired to beat the croc and take her back. “Our Krai Thong Old Fashioned is inspired by the party they threw when the warrior rescued the girl,” Pimolrat says.

The MO at Bedford Street is to do classic cocktails in new ways. “We wanted to do something to fit the theme of the restaurant; an Aussie cafe meshed with an American diner,” says Leahy. “And we wanted the cocktails to utilise everything in the kitchen, like the restaurant does with food.”

One of the best examples is Bedford Street’s Bacon and Eggs cocktail. It’s the bar’s take on a traditional Whisky Sour, made with bacon-washed Bulleit bourbon. The cocktail is then topped with a piece of maple bacon from the kitchen. “It takes a lot of work, but that’s how you get the best cocktails,” Leahy says.

Method:
Place all the ingredients in a cocktail shaker and shake to emulsify. Add ice, shake again, and strain into a chilled cocktail glass.

Garnish with a lemon wheel in the middle of the drink (to look like egg yolk) and a piece of candied bacon.

To make the bacon-infused bourbon:
Cook a packet of smoked bacon. Set the bacon aside for garnish and pour the fat into a large jug or container. Add 750ml of Bulleit bourbon to the jug with the bacon fat and leave to sit at room temperature for 24 hours. Then, freeze the bourbon and fat overnight. The fat will solidify and freeze. Strain the alcohol from the fat and keep until required.

To make the thyme syrup:
Make a simple syrup by dissolving equal parts water and sugar. Infuse the syrup with thyme sprigs (the more thyme, the stronger the flavour) for 10 minutes then strain and refrigerate until required.

Combine all the ingredients in a large glass jug or container and leave to infuse at room temperature for 24 hours. Strain before using. 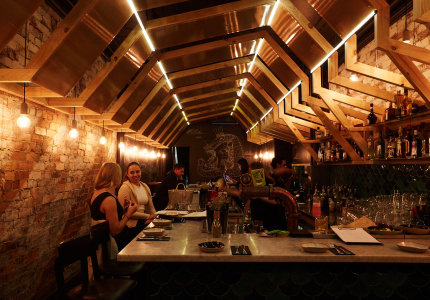