People are driving across town to try these all-vegan kebabs, halal snack packs and boreks in Brunswick. Plus, there are gluten-free options, colourful salads, dukkah-dusted chips and cardamom-spiked Turkish coffees to have with your baklava. 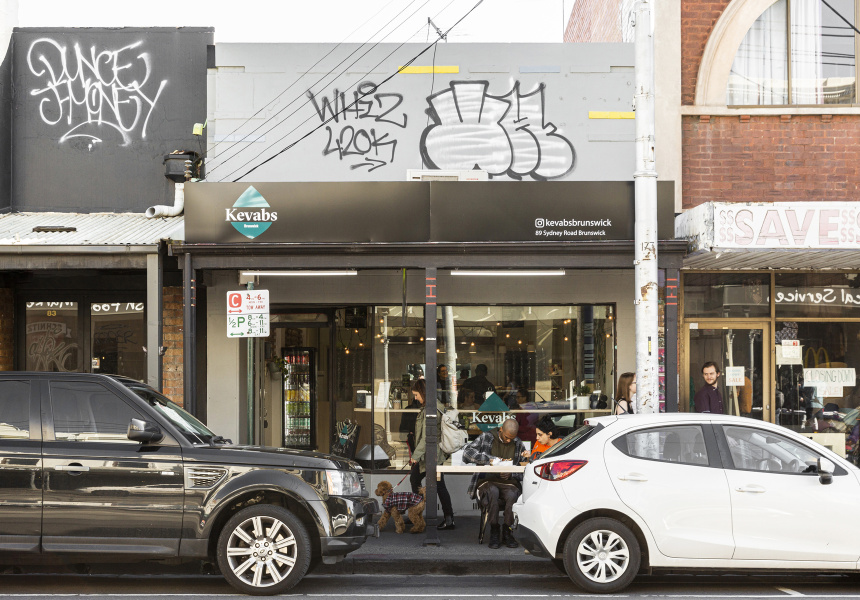 If you’re vegan and ravenous after a few drinks, Sydney Road’s many kebab shops probably aren’t the late-night godsend they are to meat eaters.

There are options, sure, but falafel wraps won’t sate you quite like a chip-stuffed doner kebab dripping with garlic sauce. And if you’re on a gluten-free diet, forget it.

Enter Kevabs: Melbourne’s first and only all-vegan kebab shop. The Sydney Road eatery, just across the street from Brunswick’s Barkly Square shopping centre, is by owner and cook Angie Yaka. Yaka has a gluten-intolerant husband and a vegan daughter who can’t stomach soy.

“It took me about 12 months, a lot of research and a lot of test-kitchen work,” Yaka says. “But we got there in the end.”

The spiced meat substitute is made from pea protein, served in a pita wrap with lettuce, tomato, sumac onion and turşu (pickled vegetables). You can order dips and salads on the side, and opt for vegan cheese or gluten-free bread for an extra $2.

The chips are gluten-free, too, and are cooked in a designated fryer to avoid gluten contamination for coeliacs. Get them dukkah-dusted, or order the “dessert” chips, topped with tahini sauce, rose jam jelly and pistachio.

There are also vegan boreks, and a plant-based version of the halal snack pack. It’s kevab meat on chips with vegan cheese, doused in your choice of chilli, barbeque, tomato and garlic sauces.

“The look in people's eyes and their reaction is just priceless. We've had people come from the other side of town,” says Yaka. “People ask over and over again, ‘Is everything vegan? Are you sure?’”

A rotating selection of salads – up to 10 a day – is so popular Yaka has started running a catering service on the side. Colourful choices include cauliflower tabouli; brown rice, pumpkin and candied nuts; and smashed falafel and kale.

To drink there’s Turkish coffee – a hefty caffeine hit served straight-up or spiked with cardamom or chocolate – which can be paired with vegan baklava or Turkish delight (which is traditionally vegan, but sometimes made with gelatin) in mango-chilli and rose flavours.

The shop is bright and cheery thanks to the large front window and a mural on the wall with panels of vivid green and blue. There’s a single counter and a large communal table with puzzles to encourage people to settle in and mingle.

Yaka says she’s keeping it old school – Kevabs is cash only, and you won’t find it on Uber Eats.

This article first appeared on Broadsheet on October 10, 2019. Menu items may have changed since publication.