Produced by Broadsheet in
partnership with Crown.

Inside One of Australia’s Most Exclusive Wine Cellars

Over 400,000 bottles of the world’s most rare and expensive wines are secreted away in a cellar in the basement of Crown. In partnership with Crown, we talk to the sommelier and general manager of beverages about the most notable drops in the collection – and how you can sample them. 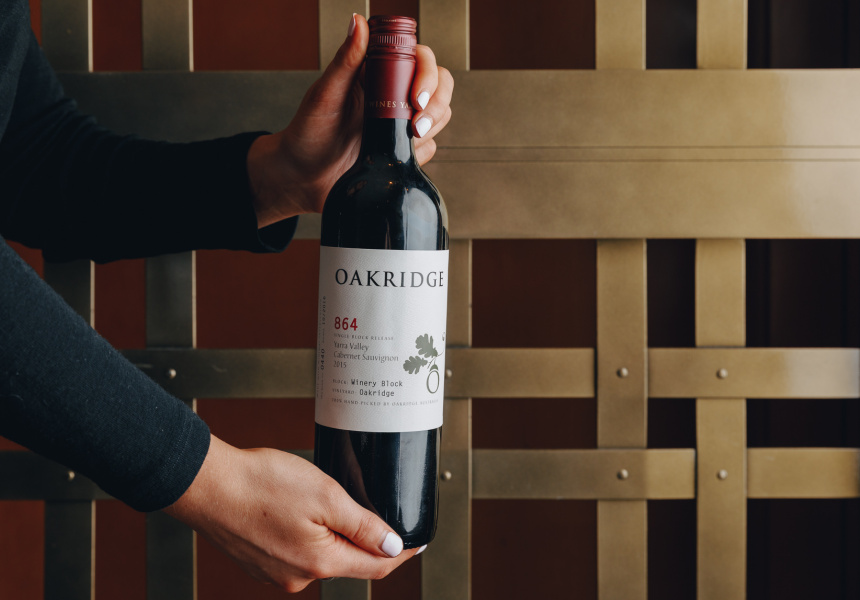 There are around 424,000 bottles of wine at Crown, says Chris Crawford, a seasoned sommelier and general manager of beverage.

The top bottles are housed in a vault-like cellar, behind a latticed-steel door that requires a key and a swipe card. It’s constantly monitored by CCTV and is hidden in an undisclosed location somewhere in Crown’s basement. “You would never know it’s there,” says Crawford. “We like it that way.”

Soon though, us commoners will have the chance to taste some of the cellar’s rare bottles. From May until October, Crown will host the Wine Dinner Series, a collaboration between premium restaurants Bistro Guillaume and Silks and several winemakers, such as Moët & Chandon and Penfolds. Each of the four dinners will feature a curated menu, highlighting a specific wine producer.

Crawford, a wine educator who oversees the lists at places such as Koko, Silks, Nobu, Long Chim and Bistro Guillaume, notes there’s certainly a large selection of producers to choose from. Inside, the cellar houses rows and rows of rare and wonderful bottles on wooden racks, all carefully climate controlled at 15 degrees and meticulously catalogued. “It’s really beautifully put together,” says Crawford.

The wine collection is “constantly evolving”, but Crawford says there are a few legends that remain in circulation. Their 1911 Moët & Chandon – disgorged in 2000 for extra depth – is available at $13,500 per bottle. Crawford says it’s “quite a rigid, developed champagne” – less pre-dinner bubbles and more a serious main-course drop. “I’ve never tasted it, but older [champagne] has less bubbles. They develop this lovely earthy mushroom, wild-fruit characteristic.”

The cellar also holds a large collection of white and red burgundies. The 2015 Domaine de la Romanée-Conti, worth around $32,000 per bottle, is the “unicorn of pinot noir”, according to Crawford. “We may only get a bottle a year. 2015 is a riper vintage; very concentrated but there is what we call a ‘peacock’s tail’ – the wine just keeps building in intensity and flavour and length,” he says. It’s well-matched with gamey meats.

But, as any good sommelier will tell you, it’s not all about price when it comes to good wine. Crawford says the cellar’s 2016 Raveneau ($225 per bottle) is the king of Chablis. “They have this lovely mineral oyster-shell component,” he says, which pairs perfectly with oysters or terrines.

This extraordinary wine collection will be celebrated first at the white-linen French restaurant Bistro Guillaume, in honour of the 150th anniversary of Moët Imperial, the iconic brut produced by Moët & Chandon. The event will include the release of a special black-label bottle, plus words from Moët’s brand ambassador Dan O’Reilley.

The second event – also at Bistro Guillaume – will showcase South Australian stalwart Wynns Coonawarra Estate with tastings of new releases, such as the 2016 John Riddoch Cabernet Sauvignon. The third event, at Crown’s opulent Chinese restaurant Silks, will feature wines from legendary Australian producer Penfolds. New and old bottles will be served side-by-side at this dinner, ranging from a 1997 Bin 707 to the highly anticipated new-release 2015 Grange. They will also be showcasing Penfolds’ recently announced Champagne.

The series wraps up at Bistro Guillaume with an event to celebrate the 175th anniversary of Penfolds, including some of the most notable releases from Penfolds’ history – such as the Block 42 Cabernet, Bin 170 Shiraz and the Bin 60A Cabernet Shiraz. There will also be some rarely seen Cellar Reserve Wines on offer, like the fifty year-old Tawny.

This article is produced by Broadsheet in partnership with Crown.

Produced by Broadsheet in
partnership with Crown. Learn more about partner content on Broadsheet. 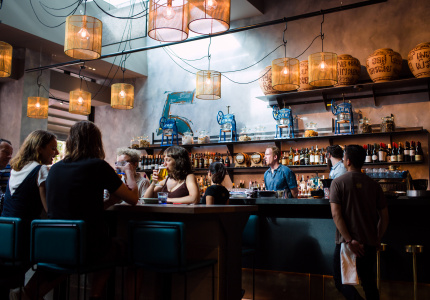