In the space of a few hours, it came and went. Here’s what else you should know about the one-day-only In-N-Out Burger pop up on Little Collins Street. 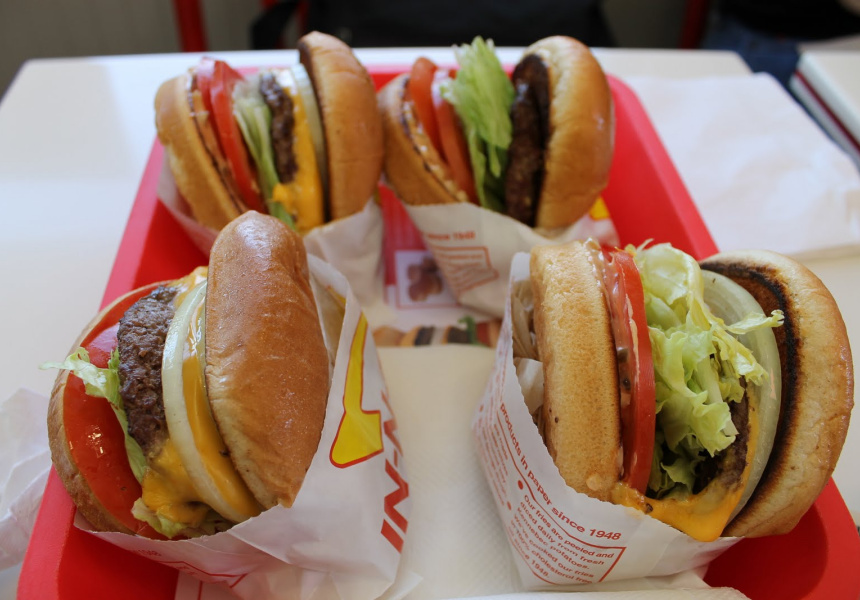 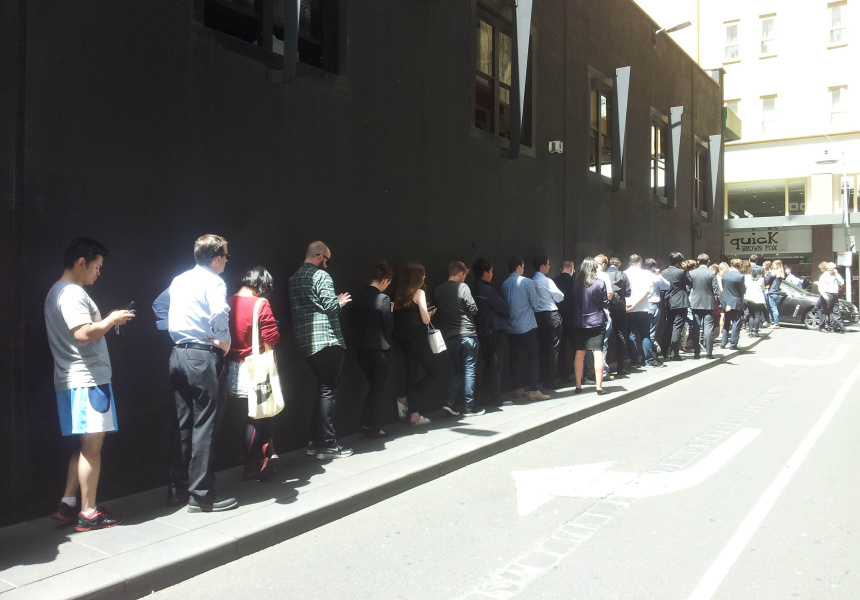 Boom. That was the sound California's cult burger chain, In-N-Out, made as it exploded on Little Collins Street earlier today in a big, cheesy, beefy mess.

No social media build-up, no press releases, no flyers. But the lines still stretched around the block, and the hamburgers, cheeseburgers and Double-Doubles (two patties, double cheese) sold out well over an hour before the 3pm closing time.

We arrived at Hairy Canary, the venue hosting today's pop-up, hoping to get some insight into this unique marketing strategy. As the madness died down, at about 3:15, we went to find someone to speak to.

“No one else is allowed in,” said a burly fellow named Richard, who was guarding the door. “Shoulda got here earlier!” sledged a happy young guy from the building's low-hanging balcony, his mouth half-full of minced beef and melted cheese.

We proceeded to press Richard for more details. The conversation went something like this:

Okay, so the burgers are sold out. Can we come inside and talk about how it all went?

We can't come inside?

That's what I've been told. I can't say anything. In-N-Out Burger has done a number of one-day pop-ups like this in Australia and internationally. That's all I can say.

Can we at least talk about how today went?

What time did you open?

How many people do you think came down?

How many burgers did you sell?

I can't tell you.

Was it pretty busy?

So you won't tell us anything?

Nope. That's my instructions. I work for an event company who's handling today, and we've been told to say nothing.

What's the name of the event company?

This is nothing new for In-N-Out Burger. The Californian chain, founded in 1948, is known for many things: its refusal to use frozen food, fair wages for staff and unsolicited celebrity endorsements from the likes of Van Halen front-man Sammy Hagar, chef Gordon Ramsay and pro golfer Phil Mickelson, among others.

The chain's biggest thing, though, has always been word-of-mouth marketing. Despite 290 stores spread across south-west USA, In-N-Out Burger is notoriously press-shy, relying on its loyal customers (and they are incredibly devoted) to spread the word. The tactic has been so successful that journalist Stacy Perman even wrote a book about it, In-N-Out Burger: A Behind-The-Counter Look At The Fast Food Chain That Breaks All The Rules.

Will it be popping up in Australia in the near future? Probably. Will you get an advance warning? No.