Iki Jimē Docks in the CBD 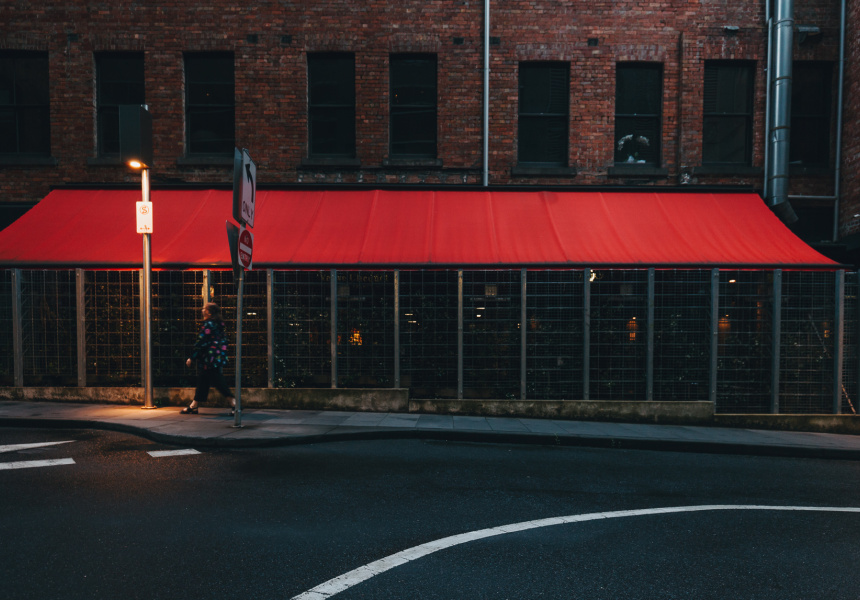 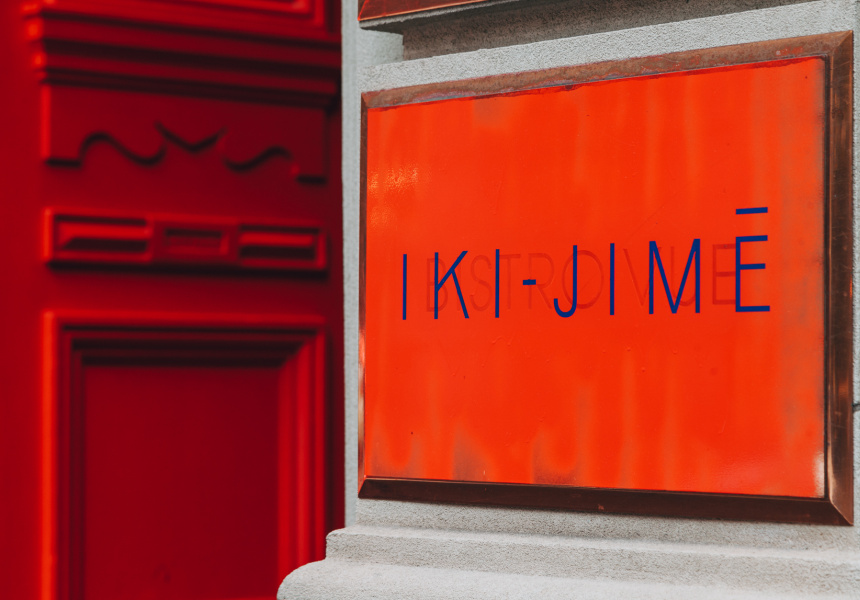 Walking in to Iki Jimē, you may feel you’ve stumbled into a ship: there are drawn curtains, blackened walls and low-hanging lights making the outside world seem far away. This is the latest addition to Shannon Bennett’s fleet of restaurants; it replaces the 11-year-old French restaurant Bistro Vue. Even though the site’s reincarnation retains some of Vue’s physical features, Iki Jimē is setting an entirely new course.

“It’s all about Australian seafood, ethically and sustainably caught,” says Vue Group executive chef Justin James. Iki Jimē plans to do one thing, and do it well, with a menu dedicated wholly to seafood.

“To do anything right, you should dedicate all of your focus and creativity on it,” says James. “There’s no famous rib-eye.”

The man behind the seafood is the Tasmanian-based Mark Eather, who practises the Japanese fishing technique for which the restaurant is named. Iki Jimē involves spiking a fish’s brain as soon as its caught, then immediately freezing it for optimum quality. It’s said the technique harnesses more flavour since the fish doesn’t suffer from distress or rigor mortis. Eather has 17 vessels around the country and supplies seafood to the entire Vue group.

“It’s all hand-dived, line-caught, and no trawling,” says James. “We want to take native ingredients and think about ways we can be creative and tell a story with them.

“One philosophy you’ll find throughout the Vue group – always start with the best produce.”

Sam Homan, who has been with the Vue Group at Bennett’s flagship fine diner Vue de Monde since 2014, is heading Iki Jime’s kitchen. The menu begins with a number of smaller dishes such as oysters, a Moreton Bay bug tart and snapper “snags” followed by four mains and four sides.

“We just like to have fun as well, we look at the classics and play around with them,” James says. Specifically, he’s talking about Iki Jime’s play on the prawn cocktail and a nod to the Aussie barbeque with snapper sausages served with a tarragon emulsion and kohlrabi slaw.

Things get a little more serious with the mains. The whole barramundi is cooked in a Josper charcoal oven and served wrapped in paper bark with lemon myrtle, chilli and clams.

“We put a couple of native logs in there as well,” says James. “It gives it a nice smoke.”