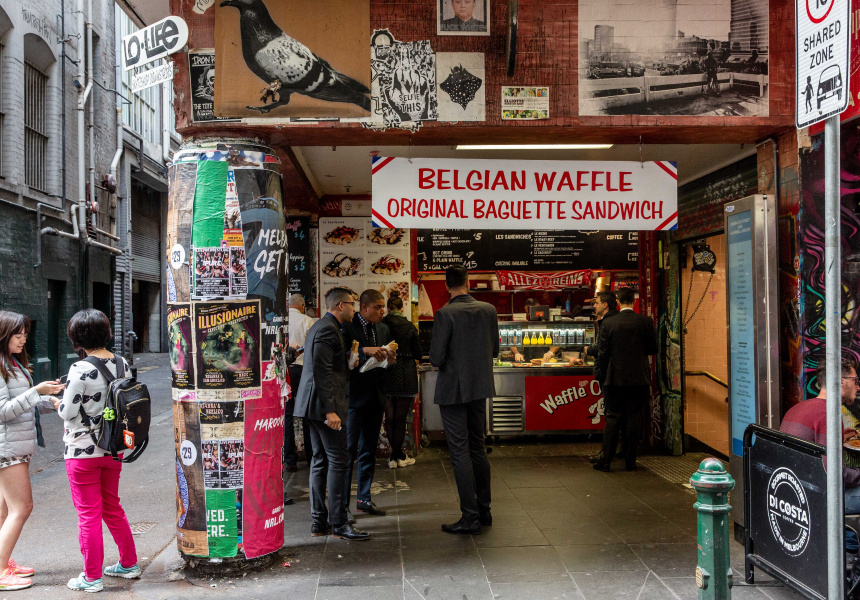 Fair Work inspectors are speaking to restaurant and cafe owners, and examining employment records, at businesses on iconic Melbourne laneways Degraves Street and Hardware Lane to check they are complying with workplace laws. At least 40 venues face audits, Fair Work said in a statement.

“Our audits have established a link between prices and wage underpayments and it is clear that the true cost of cheap food may be the employees’ lawful entitlements,” Fair Work Ombudsman Sandra Parker said in the same statement. “We will take enforcement action if today’s audits find serious breaches of workplace laws.”

Potential breaches of workplace rights were reported to the Fair Work Ombudsman through a range of sources, including its Anonymous Report tool.

Inspectors will also be educating workers – particularly vulnerable workers such as young people, students and visa holders – on their workplace rights and how to seek help with issues they may face.

“With several higher-education institutes located in and around the Melbourne CBD, a large proportion of students live and work in the area. Our inspectors will educate workers about their workplace rights and empower them to seek help,” Parker said.

A full report of the Ombudsman’s findings will be released once the campaign is complete.

In July the Ombudsman released its findings from a similar raid on Victoria Street, Richmond. Breaches of workplace laws were found at 83 out of 103 businesses on the east Melbourne strip.