I Wish I’d Known About This Small-Batch, Low-Sugar, Yarra Valley-Made Lemonade While Summer Was Still Here

When lockdown life gave him lemons – cliches be damned – Ben Frazer made lemonade. Grown by a 78-year-old Belgian farmer, each lemon is hand-peeled, mashed and turned into a crisp lemonade infused with lemon myrtle and makrut lime leaves. It’s the best ’nade I’ve ever had. 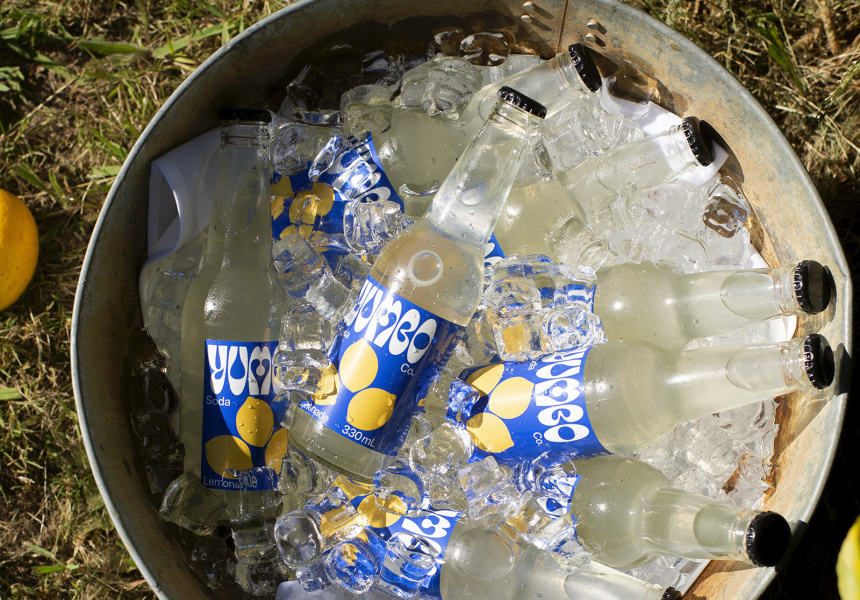 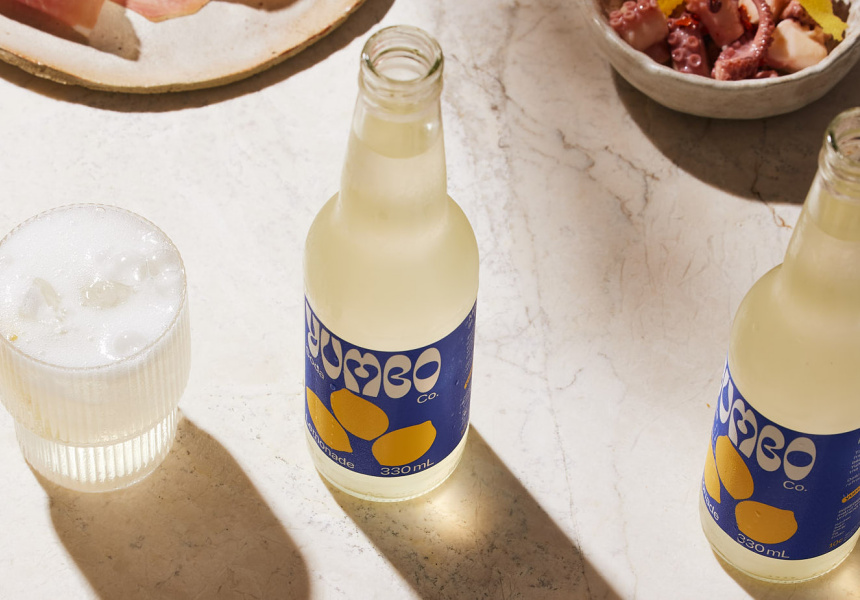 I devoured cartoons growing up. They practically raised me. The one thing I learned from all those sleepy Saturday morning ’toon sessions? That when you’re down on your luck and need to make a few extra bucks, you make some lemonade.

And last year, just like the rest of us, Ben Frazer was down on his luck. But instead of setting up a stand in his front yard (a bit too low impact), he created Yumbo Soda Co: a small-batch, low-sugar lemonade brand. It’s honest-to-goodness the most lip-smacking ’nade I’ve ever had.

When Covid tore the world a new one last year, Frazer, a Yarra Valley-raised hospo vet whose family runs (No.7 Healesville, Stones of the Yarra Valley and Meletos) found himself back home with his parents, wondering just what the hell was happening to the world.

The family restaurants were closed. The functions? The accommodation? Done for.

“During lockdown there’s not really much to do,” Frazer says. “There’s only so much time in a veggie garden or with a dog before you just start losing your mind."

But then, some lemons came to his aid.

“There’s this old guy, Walter, who lives in Healesville and ... I’d just duck over to his place whenever I was driving around the valley and we’d just get pissed and we’d talk.

“He’s a lemon farmer. He’s been a lemon provider for all our restaurants for years and he’s just the most interesting cat: this old Belgian guy, he’s 78 and he has this crazy house full of the best wines, the best ports, and every second word is the f-word and he’s always pissed off about something. He’s just this grumbly old bastard.”

Like Frazer and his family, Walter (surname de Laps) was idle. With restaurants closed, he was barely shifting any fruit. Enter Yumbo – a way to get rid of lemons in bulk.

Almost all commercially available lemonades are flavoured with concentrate: dehydrated, powderised juice that’s cheap, widely available and extends shelf life. But Frazer didn’t want to use that. He wanted to use Walter’s de Laps’s lemons and nothing else.

They’re taken straight from the trees, then individually hand-peeled. The pith is discarded, and zest put aside for later.

“For the first batch I spent four 14-hour days in a row hand-peeling 600 kilos of lemons,” Frazer says. You tell people they’re hand peeled and they’re like, ‘Yeah, cool.’ But it’s like – still to this day, every now and again [my] wrists play up with that peeling motion.”

Luckily, Frazer had an expert he could call on: with everything still closed, his family’s brewery at Meletos had a bunch of equipment that wasn’t being used, and an idle brewer, Scott Howard, who was delighted to take on a lockdown project.

The duo spent about two months playing around with ingredients, botanicals and sugar levels. They tried making hopped lemonade, using brown sugar instead of white, and more, before settling on their final recipe. The Italian-inspired, crisp white and royal blue labels, meanwhile, are the work of Melbourne-based artist Sam Chirnside and Kevin Hoegger, a Swiss graphic designer with experience in lemonade branding and packaging (what a niche).

Where Yumbo really shines is in cocktails, which is why Blackhearts and Sparrows and Leonardo’s Pizza Palace have been early stockists. Spike your lemonade with some vodka and mint, whack it into a Mojito or a Margarita, or do what I did the other night and make yourself a shandy. It all works. Thanks to Yumbo’s low sugar and mild carbonation, it’s a truly versatile mixer. Expect it to appear on more and more drinks lists across town.

If Frazer can make enough of the stuff, that is.

“Because I don’t use any concentrate, I don’t use any juice, nothing’s brought in, there’s a delay,” Frazer says. “With anything that’s artisan, there is a delay – there’s a bit of a push and pull in terms of availability.”

Yumbo lemonade is released in limited drops, depending on when Walter’s lemons are ripe. Frazer, though, is currently working on diversifying his lemon portfolio, and is more generally pulling away from the family restaurants to work on this unexpectedly successful business.

My advice? If you see some Yumbo out in the wild, snag it while you can. You won’t regret it.