This humble yet transcendent sandwich was cruelly cut from the menu at this Brunswick East bakery. But one Broadsheet editor campaigned to bring it back. 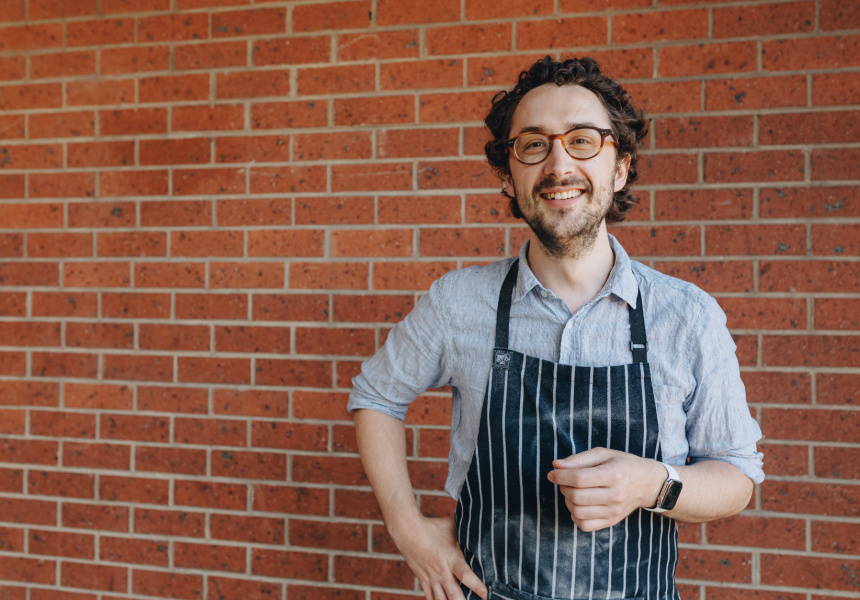 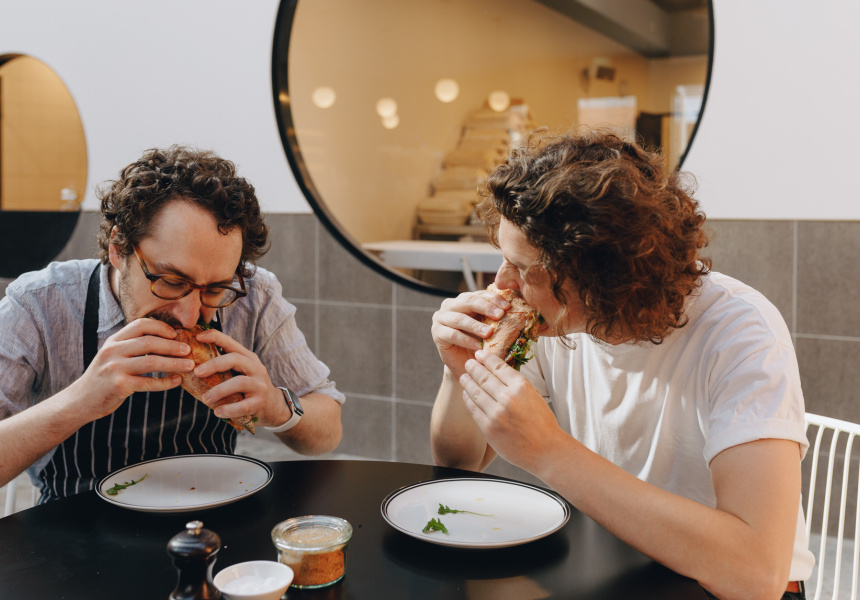 A few months ago Wild Life bakery in Brunswick East cut my favourite sandwich from its menu. My girlfriend and I had a ritual of sharing one each weekend. Losing that sanga broke my heart. So by the power vested in me by Broadsheet, I asked them to bring it back.

It’s a sandwich so simple it doesn’t deserve to taste as good as it does. Crusty and chewy baguette, an omelette, some caramelised onions and creamy green sauce. Humble in its components, yet exponential in its ability to create harmony in the chaotic world of weekend cafe service, it’s the Fibonacci Spiral of sandwiches – each ingredient builds on the one that came before it to create a thing of natural beauty.

Part of the sandwich’s charm is that it doesn’t demand attention. It takes a crap Instagram photo and sounds downright boring on the menu, but then you bite into it and feel like Nicholas Cage and Ed Harris discovering a national treasure. Wild Life owner Huw Murdoch says he axed the sandwich simply because it felt redundant alongside the other dishes on the new menu. So despite harbouring immense resentment toward the kind, bespectacled man who disposed of my favourite sandwich, I ask him to show me how to make it.

When I arrive at Wild Life at 8am, the dough has already risen from a wild sourdough starter. A hairnet is applied over my curls, before Murdoch and I form the baguettes by shmushing the dough out into a flat oblong that is then folded back on itself to make a stocky log. With hands liberally dusted with flour, we slowly roll the dough logs outwards from the middle to form long white tentacles. The folding and rolling gives the dough tension so it springs open when we score it with a crafty little device made from a toothpick and a razor blade. The loaves are then flipped out onto a conveyor belt with an ingenious manoeuvre involving a thick piece of linen, before being loaded into the oven.

Baker Todd La Marr whips the freshly baked loaves out of the oven two at a time, on big wooden panels. When I get my hands on the paddle I go for a double loafer myself and fail – now that’s a paddlin’.

Onions are chopped and caramelised for two hours with Worcestershire sauce and brown sugar. And then come the creamed greens. We begin by massaging big bunches of kale, the frilly tips of which return the favour to your palms. They’re added to a mixer with reduced cream and spinach, and liberally seasoned with salt and pepper.

As the cream emulsifies with the leaves, a deep green emerges. Watching that hypnotic sauce spin is like staring into a vortex of pure serenity. Time slows down and you’re taken back to the beginnings of creation, as the first clumps of dewy moss formed on volcanic rock. I’m about to dive headfirst into the mystic pond, but then I remember it’s filled with sharp spinning blades.

There’s no effing around with the omelette. Eggs, cream, into the pan, flip it over, then into the baguette and slathered with green sauce and topped with roquette and caramelised onion. And it’s done. The sandwich I’ve spent weeks thinking about is before me. An eggy, green Lazarus; exquisite in its ugliness.

After the photo shoot and cooking lesson I walk down to Fleming Park and sit at a graffiti-covered picnic table. Biting through the crust, the cloud-like omelette releases a big glob of velvet green sauce onto my hand. It’s the shape of a cartoon tear, and the same colour as the footy oval gleaming in the morning light. It’s hard to say if it’s me crying, or the sandwich.

Following the publication of this story the Baguette with Egg, Creamed Greens and Onion Jam became a secret menu item at Wild Life bakery. If you don't see it on the menu, ask your waiter.

“I Can't Stop Thinking About” is a series about Melbourne dishes Broadsheet Melbourne editors can't stop thinking about.