Huxtaburger in the South

The wait is over - Melbourne’s favourite burger has made it across the river. 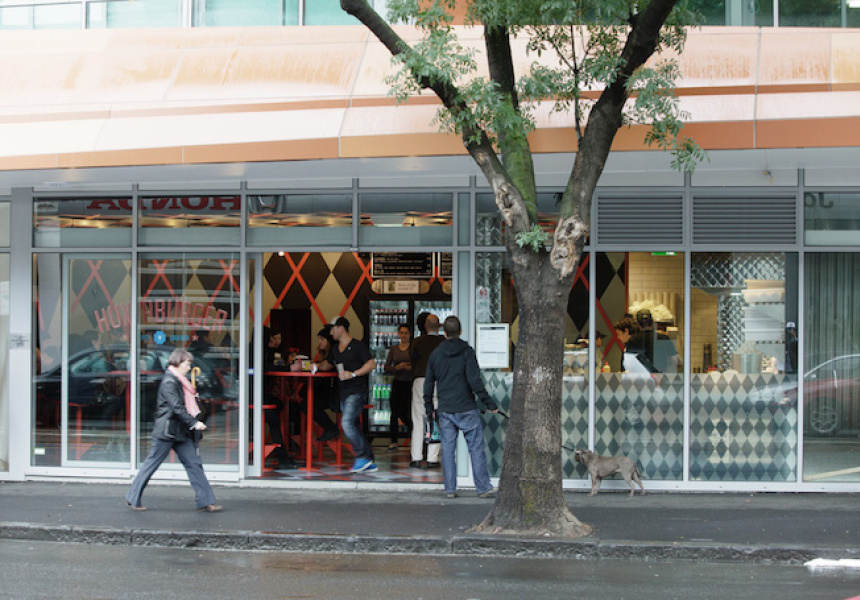 Co-founder Ruaine says that they were being regularly implored to open a store south of the city. “We had lots of people coming all the way from the south. One of the girls who worked with us said that they had a lot of southside friends that never leave there who are coming over for burgers.”

The third site is tucked in the street level space in the new Trilogy apartment development, just down the street from The Smith and across the road from Hanoi Hannah.

With a wide, glassy entrance, the shop is friendly and open. The team decided on a more clean-cut fit-out than their Collingwood store, while trying to make it less shiny than their city shop. They ended up hitting on an argyle theme they thought was perfect for the area. “It’s like a private school blazer, which is not too dissimilar from the Huxtable look, with the wacky sweaters of the ’80s,” explains Ruaine.

As far as burgers go, you can expect the same Huxtaburger menu you know and love, right down to the crinkle cut chips. Milkshakes will also be on offer, with a liquor license coming at the end of the month too.