This former documentary filmmaker is now head pastry chef at restaurants Tonka and Coda. She’s gearing up to be the next big thing in Melbourne’s dessert scene – and she thinks female chefs have been in the shadows for too long. 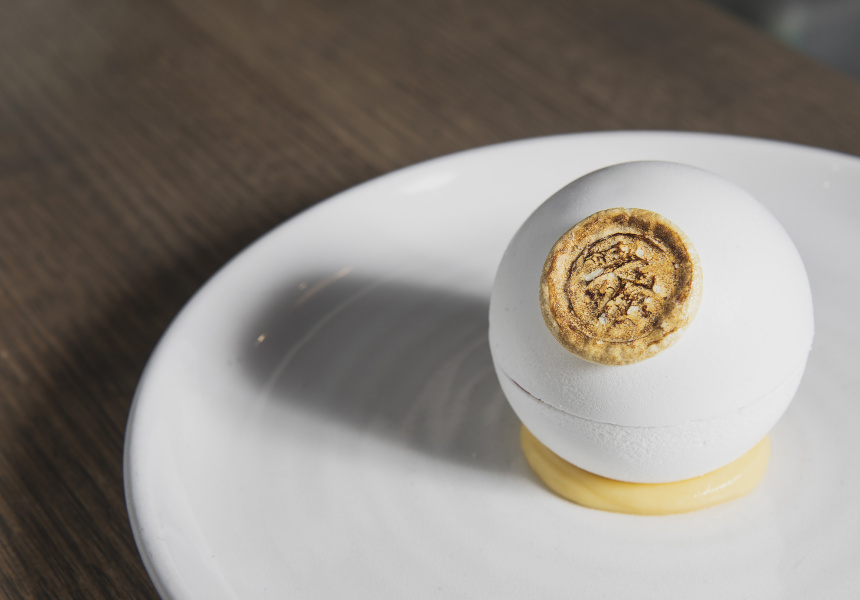 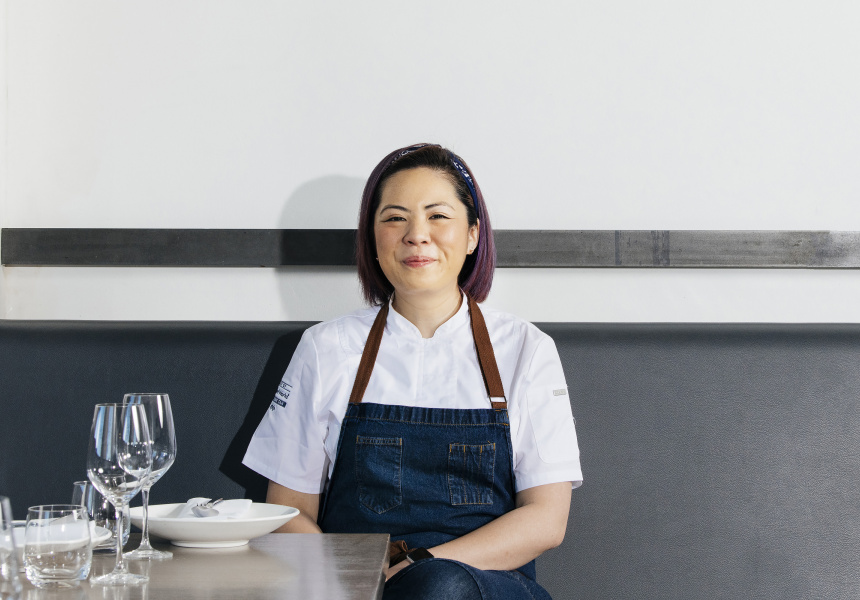 At 24, Kay-Lene Tan had a self-diagnosed “quarter-life crisis”. The now head pastry chef at Adam D’Sylva's modern Indian diner Tonka and eclectic French-Vietnamese-influenced eatery Coda had spent two years studying communications in her home of Singapore, and was working as a documentary filmmaker. But something hadn’t clicked.

“It wasn't that I didn’t love documentary production, but I didn't think at that point I could see myself continuously doing it for the next 10 or 20 years,” Tan says.

What she did love, like her mother and grandmother before her, was food. So Tan quit her job and “took a leap of faith”, enrolling in trade school to emerge 17 months later as a fledgling pâtissière.

Straight out of school, Tan trained under award-winning chef and restaurateur Joel Robuchon – once named “Chef of the Century” by French restaurant guide Gault Millau – at his first eponymous Singaporean restaurant. “I had to have very solid foundations … and there was nothing more solid than going into a classic French kitchen and learning those classic French techniques from French chefs in a French environment,” Tan says.

Nearly a decade on, that French influence can be seen in the pastry chef’s intricate desserts. It’s mixed with flavours of her Peranakan (descendants of early Chinese migrants who settled in Singapore, Penang, Malacca and Indonesia) upbringing, Tonka’s refined spice and touches of Coda’s Vietnamese.

“[You] can't really know where you're going unless you can appreciate where you came from, so a lot of that is just fed into the desserts I have created,” she says.

At the top of the sweets menu at Coda, for example, is a strawberry and yoghurt ice-cream sandwich with ginger tuile inspired by “the old uncle selling these cold delicious treats along Orchard Road [in Singapore] on his little motorcycle store". At Tonka, a snow globe-esque meringue shell comes with strawberries, a pine-nut crumble, lemon curd and basil sorbet. Saffron, cinnamon, hibiscus, elderflower, coconut and even Milo make appearances in Tan’s desserts too.

In July, Tan’s innovation was awarded with the Melbourne Food and Wine Festival’s Hostplus Hospitality Scholarship, which next year will see her visit three top-tier overseas restaurants in a month to seek inspiration in some of the world’s best kitchens.

“I think it's time for the women in the hospitality industry to shine,” says Tan. “Not just because they're women, but because as women I think we have hidden in the shadows for so long. And we've struggled to find a voice for ourselves, and prove ourselves, because it's such a male-dominated industry.”

Tan credits Adam D’Sylva and her mentor, acclaimed pastry chef Andres Lara (who she worked with at progressive French restaurant Pollen in Singapore), with helping her refine her voice through cooking. “Aesthetics-wise [Lara] is very creative; flavour combinations-wise he's always very daring. I think I have picked up a lot of that from him, learning how to find my voice through my food,” she says.

Tan wants to use the scholarship to learn not just about pastry, but how other kitchens run. “It's not just about pastry for me anymore, it's about learning how to be a mentor myself,” she says. “I read a quote recently that I really believed: ‘When you love what you do, the world will fall in love with you’.”