How It’s Made: Lesa’s Beetroot Terrine

This dainty veggie terrine is a bright-purple highlight of any dinner at Embla’s upstairs neighbour. 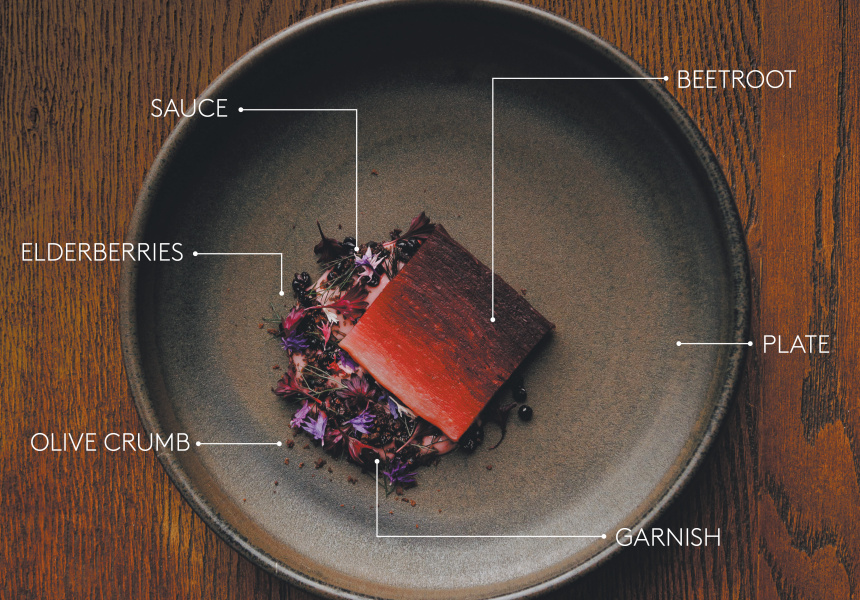 Design: The Company You Keep 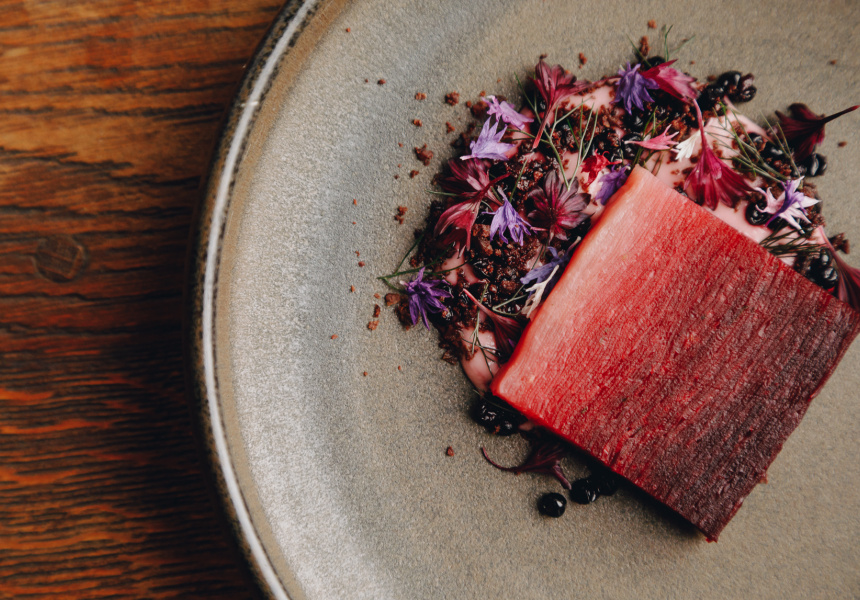 When Dave Verheul was creating the first menu for Lesa, the restaurant he and business partner Christian McCabe opened above Embla in August, he had certain flavours in mind. Specifically, he wanted to serve some beetroot. “I tried pushing cooked beetroot through a sieve and all sorts of strange things,” the chef says. None of it worked, so Verheul returned to the idea of a vegetable terrine. He’d already tried it with purple carrots at his previous restaurant, The Town Mouse, but it was too labour intensive to keep on the menu. We’re glad it worked this time – and especially that Verheul was able to do it without using aspic, the meat-jelly traditionally used in terrines.

Beetroot
The kitchen peels regular and Chioggia (candy stripe) beetroots, then uses a deli-style meat slicer to shave them paper-thin. Next comes the laborious, two-hour task of layering 100 to 150 slices in a tray, carefully transitioning from normal beetroot to the lighter Chioggia. Salt, pepper and thyme leaves are added every few layers. The resulting terrine is baked for two hours and left in the fridge overnight with a gentle weight on top. “We’re pressing it enough that it sticks together, but not enough that it crushes it and affects the integrity of the slices,” Verheul says.

Sauce
Red onions are blanched, then whizzed in a blender with mustard powder, vegetable oil, preserved cherries and cherry vinegar. Both the cherry products are made on site once a year and add a pleasant fruitiness and acidity to the dish.

Elderberries
Verheul and his team begin fermenting a batch of the tart, garnet-coloured berries at the end of each summer. These little jewels impart a musty flavour that readily complements the beetroot.

Garnish
The dried flowers on each plate change with the seasons, but they’re always unusual: leek flowers, onion blossoms or the dried cornflowers you see here. The small green fronds are fennel.

Plate
Made in Tasmania at Ben Richardson’s Ridgeline Pottery, which supplies tableware to several high-profile Australian restaurants, including Attica.