How Best to do Nothing

We talk to Victorian winemakers Gary Mills, William Downie and Luke Lambert about how doing less to wine is gaining more from it. 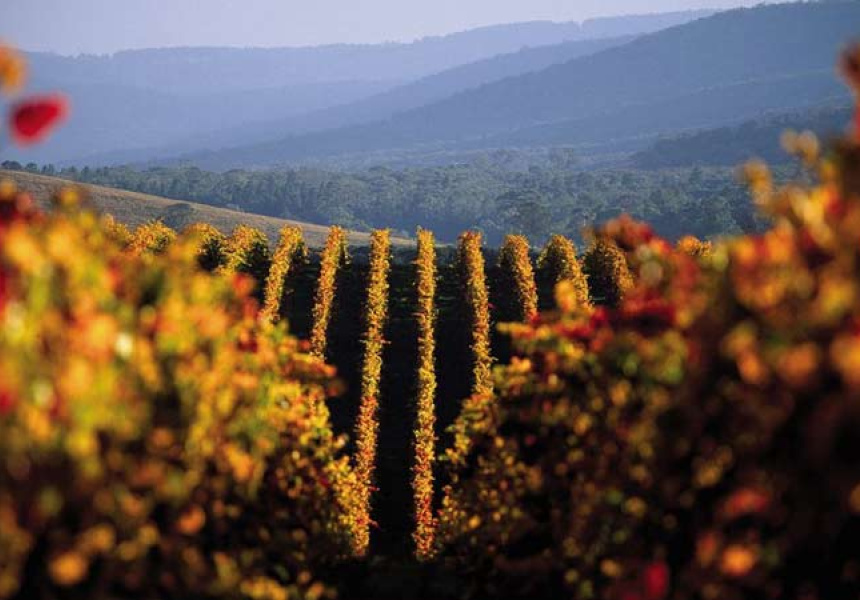 I recently had some casual chinwags with Victorian vinerons Gary Mills, Bill Downie and Luke Lambert to gauge their thoughts on winemaking – their winemaking feelings, rather than the fundamentals of their practice.

In every artful or creative soul lies some primitive compulsion to produce something aesthetically pleasing, to best represent or convey an idea, or to capture the essence of the very idea one is responding to. This is the same compulsion that drives these three oenologists.

While chatting to Bill Downie of the William Downie wine label, one of his comments made me chuckle in empathetic delight: “I’m always trying to figure out how I can best do nothing.” Heard out of context, this comment may sound like it’s born of a rather insouciant attitude to his trade, but it’s the exact opposite. In fact Downie notes that a maximum of intervention (hard work) in the vineyard allows for a minimum of intervention in the winery.

He is largely a pinot maker. The pinot noir grape in the better parts of its Burgundian homeland isn’t blended vineyard-to-vineyard unless it is de-classified. Downie fondly brought up the average Burgundian vigneron’s attitude to making wine: it is what it is so let it be, the ultimate respect for 'terroir'. In other words, it is the idea of the winemaker as a person simply there to carry the vineyard to bottle, not to overlay it with winemaking artifice or a thumbprint of the individual.

Wine is both a drink (a product) and an artful enterprise. Australian wine perhaps – in its modern forms – is most often a cleverly, technically and clinically designed foodstuff. It’s often blended (both inter-regionally and across vineyards), tested analytically, refined chemically and mechanically, and tasted clinically. This is not a bad thing and it’s not a good thing. It makes high-quality wine and low-quality wine. There is a goal in mind and it’s not necessarily artless or soulless or done without due passion. Significantly, the wines produced under these conditions have given Australia some of its hard-earned wine identity.

There is another way of making wine, however, which is often described as the ‘natural way’. This approach removes the maximum number of non-essential processes and nearly all additives and refinements. It aims at capturing the purest and most honest image of a single vineyard and its environment, and at the same time aims at making something no less than wonderful to drink.

Gary Mills makes Jamsheed wines, from only Shiraz variety grapes. He makes three single vineyard wines, two from the Yarra Valley and one from around Great Western. I got the sense that Mills is unabashedly excited by the shear diversity of what characters and flavours a site, a single location, can deliver in its fruit – even if the norm may consider some of these things deficiencies or detractions. Mills ferments his musts (a mixture of grapes in their juice) with high percentages of whole bunches. This method emphasises the aromatic profiles of the grapes, in order to best describe the character of a vineyard’s site.

Now this might all sound like a bit of wine-speil, but it’s actually a simple philosophy that these young Victorian winemakers are trying to maintain. Like Mills and Downie, Luke Lambert of Luke Lambert wines doesn't add any additional acid to augment the natural balance of the wine. He makes two single vineyard Shiraz wines from the Yarra Valley and two Nebbiolo single vineyard wines from Heathcote under his own label.

In line with a passion initiated through his father’s drinking of aged Hunter Shiraz, that are enigmatic and age well (a rarity in Australian red wine), Lambert references these classic, mid-weight wines in his own. His wines are lower in alcohol yet full in ripeness, a tricky combination that can only be gained through careful control of the vine’s capacity (the balances between yield and the size of the vine). You won’t find any new oak in Lambert’s wines and hence no oak tannin influences on the palate, which can often add a broadness and flatness to the wine. Wines like Lambert’s matured in larger, wood barrels, tend to have a purer form with greater aromatic clarity. It is these methods that Lambert employs to define the vineyard.

It’s tempting to think of winemakers like Mills, Downie and Lambert as a collective, as the new order of Australian winemakers. But they have simply paid due attention and respect to a long European history of making wine from single sites or vineyards by employing a method that could be called non-interventional. But it would be unfair to characterise or label these men as ‘non-interventionalists’, as if they were a reactionary movement against the norm in Australian winemaking. Because it’s not a 'reaction', just an 'action', motivated by a feeling about wine that essentially means 'less is more'. That is, the dedication to make wines that best deliver the vineyard and its environment’s picture to the palate, to create a mental record of the intricate, sensory input from just a mouthful of wine. Ultimately, a minimum of intervention, done with a maximum of precision, attention and empiricism.

And though these three men feel similarly about wine in many respects, no doubt they differ just as much. But when it comes to their basic feelings on winemaking, they all agree that doing less to wine is gaining more from it.

Bill Downie, Luke Lambert and Gary Mills wines will accompany a spring dinner, along with other local winemakers from Allies, to be held at St Judes Cellars on Thursday the 16th of September.