Ceviche, tostaditas and nachos as they should be. 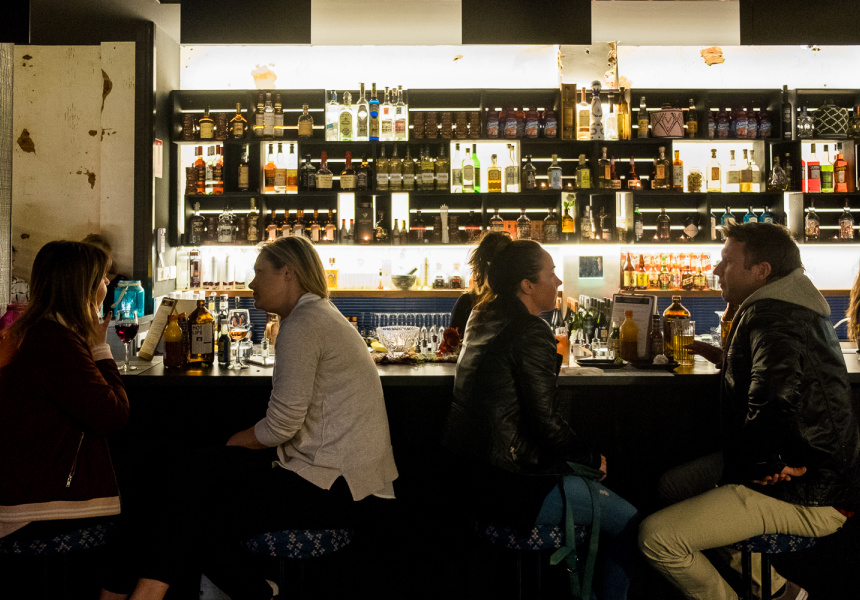 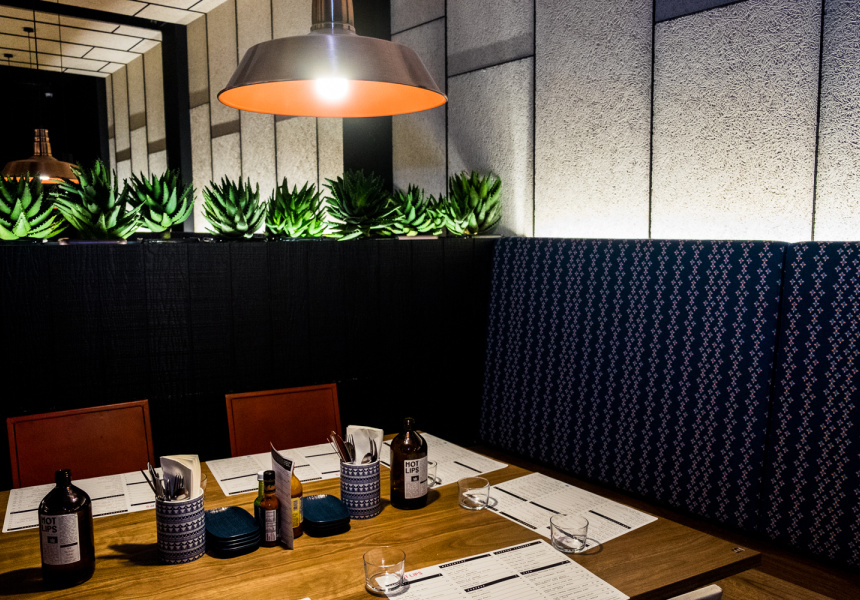 The south is making a comeback. Or so thinks Steve Kingi, co-owner of the Highett-based Mexican eatery Hot Lips Hacienda, which opened in April.

“People from the suburbs, they’re the ones who populate these [CBD] restaurants,” says Kingi, who managed Prince of Wales in the early 2000s and two years ago opened a bar and Vietnamese restaurant (Hawker Bar and Typhoon), both across the road from Hot Lips Hacienda. “We’re bringing that back to them. We want to be a part of the bayside reinvigoration.”

Kingi’s partner, lifelong local Liam Tighe, agrees the area is very different now to how it was when he was growing up. “This was a ghost town,” he says. “Everything has gone bang over the last two years,” adds Kingi.

The 85-seat Hot Lips Hacienda was designed by Splinter Society (which also did the fit out at Cutler & Co.). It’s in a large space along Railway Parade, Highett’s main street, in a former newsagency. Unlike the sombrero-chic, old-west Mexican restaurant aesthetic that plagued Melbourne until recently (maybe still does?), Kingi and Tighe decided to keep the space simple and relatively unembellished, basically avoiding stereotypes entirely.

The food, though, is as Mexican as it comes. Kingi and Tighe went on a research trip to Mexico City before opening, and came back with a good feel for how things should be done. “We wanted people to get a sense of what real Mexican food is in Mexico,” says Kingi.

They enlisted head chef Sachiko Makihara (ex-La Tortilleria) along with Jonathan Nunez and Victoria Rodriguez – all from Mexico – to created a simple and festive selection of share-friendly street food you’d typically find in the capital (which is to say, food from everywhere in Mexico because, as Tighe says, “Mexico City is such a melting pot of different cuisines.”)

The tender puerco estilo (pork) tostaditas, for instance, instantly recognisable in Mexico City, originated in the southern gulf state Yucatan, close to the border with Belize. This one comes on a crispy bite-sized fried tortilla from La Tortilleria, with refried beans, salsa and pickled habaneros and onion.

Or there’s the Caribbean-style ceviche with barramundi marinated in citrus, served with tortilla chips. It’s fresh and zesty with tomato, onion, avocado and chilli thrown in the mix.

Dessert is a simple selection of churros with the option to pick from three dipping sauces – caramelised goat’s milk; chocolate with tequila; or coffee with tequila. Or all three.

Respectively, Kingi and Tighe are also connoisseurs of Mexico’s two national liquors: Tighe on the mezcal and Kingi tequila, of which there are currently 25 bottles each behind the bar. Tighe pulls out his favourite: the Bruxo No 4. Ensamble, described on the mezcal menu as having “vegetal notes of jalepeno, tropical fruits and a mixture of both sweet and hot peppers.” It comes out in proper Mexican style with shot glasses of sangrita roja, herbed worm salt and orange slices.

There are also five different kinds of Margarita on the menu. 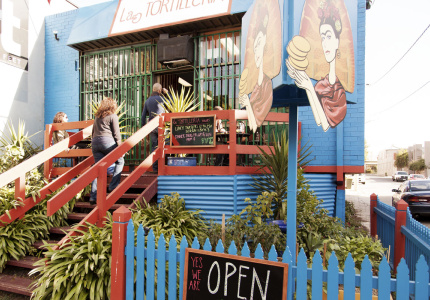