Hot Chicken Project Is Heading for the Coast 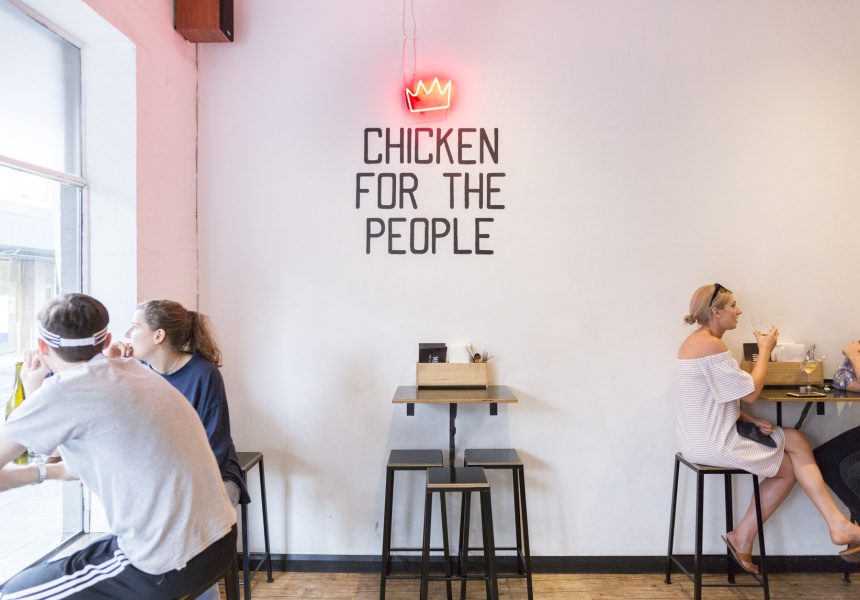 Anyone who says fish and chips are the only seaside snack worth their salt needs to take note. Aaron Turner, the acclaimed chef behind Geelong fine diner Igni is opening a second Hot Chicken Project, this time in Anglesea.

“We love the area and wanted to open another one but not in the city so we thought why not down the coast, it’s a beautiful part of the world,” Turner tells Broadsheet. “We’ve got good friends down there. Captain Moonlight is doing great things. We thought we’d just join the party.”

There are early plans to add seafood to the menu at the Anglesea location, but testing is yet to begin so nothing is locked down. Rumour has it Turner’s Evil Dim Sims will make an appearance, alongside other off-menu items.

Plans are to open seven days a week while the weather’s good and the summer fun won’t just be reserved to the menu either.

“We are planning a series of summer parties with DJs to bring a good vibe to the coast,” says Turner.

Not wanting to rock the boat, Turner won’t officially challenge fish and chips for the title of king of the beach snacks.

“I wouldn’t step on those toes,” he says. “There’s enough room in the world [for both], isn’t there?”

Hot Chicken Project Anglesea is due to open in early November at 143A Great Ocean Road, Anglesea.