Honcho Pops Up for Winter

A short-run noodle (and “not noodle”) joint. 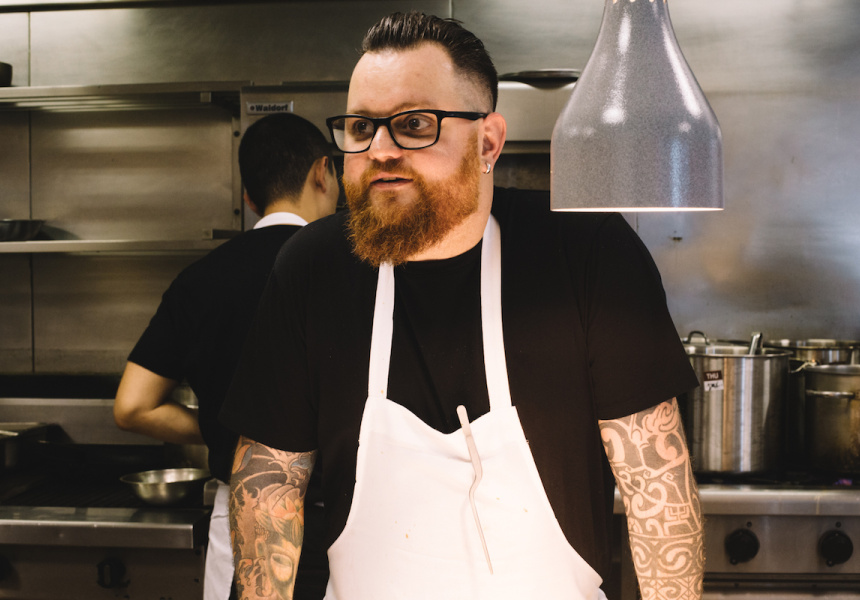 Chef Adam Liston is still getting his head around his temporary new kitchen in the bowels of the historic Hotel Windsor.

“We work next to the guys who make the high tea [for the hotel]. There’s a team of pastry chefs who make cakes all day long. Then there’s us rolling noodles. It’s just quite quirky.”

Liston and his team are one week into Honcho Noodle, a three-month pop-up in the old Wallis & Ed site on the Spring Street end of Bourke Street. Afterwards, he’ll open the permanent Honcho restaurant on Punch Lane with business partner Adi Halim, who is director of the Halim Group which owns the Windsor Hotel. Liston previously owned Northern Light in Collingwood, which he closed in February to pursue this venture.

Liston explains the pop-up’s menu, which is divided simply into “Noodles” and “Not Noodles”, isn’t really representative of what’s to come with the Punch Lane restaurant, which will be more high end.

For a noodle shop, though, it’s about as “high end” as it gets in this city (bowls sit between $21 and $26), but so is the quality of ingredients.

There’s a charcoal-duck noodle (cooked over the charcoal grill Liston brought back from Japan), a fiery-red soup with kimchi and a slab of pork belly, and a couple of vegetarian options too.

A soupless spanner-crab udon is made with a smoked butter and dashi stock, then sprinkled with nori. It’s kind of like eating a rich crab pasta, but with Japanese ingredients.

As for “Not Noodles”, you’ll want a couple of rounds of the “pick-your-cut”-style yakitori.

Bookings are available too, which is a nice assurance on cold nights not fun to line up in.