The new 120-seat cafe will be right on the beach, just over an hour from the Melbourne CBD. 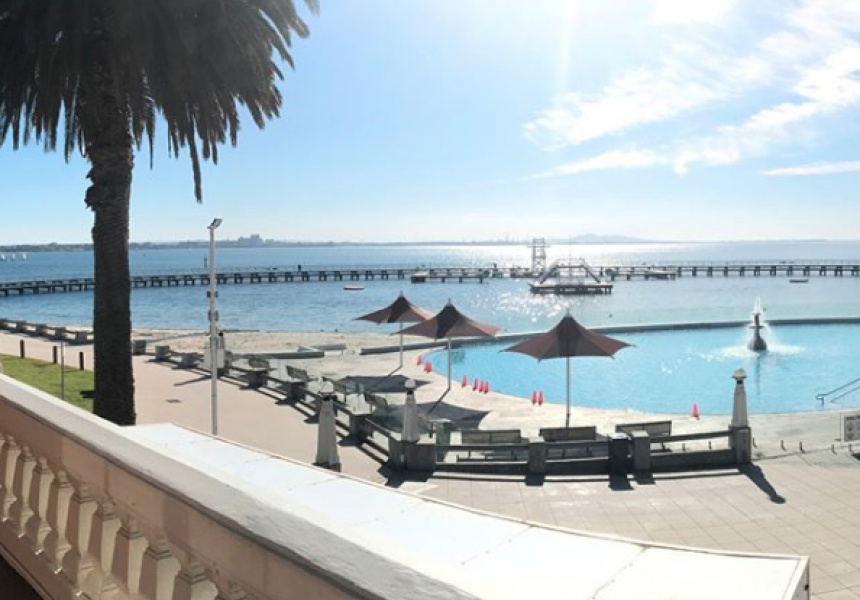 The Mulberry Group (Higher Ground, The Kettle Black and Top Paddock) has taken over the former Eastern Beach restaurant on Geelong’s foreshore, and plans to turn it into a 120-seat cafe.

The group has taken on a 10-year lease at the heritage-listed landmark, which dates back to the 1930s. It’s been lying dormant since mid-2016.

“We’ve wanted to do something out of Melbourne for a while,” says director Nathan Toleman. “It was just a matter of waiting for something to come up.”

The group is known for its stunning restorations. The design award winning Higher Ground on Spencer Street was previously a power station. The Kettle Black, just off St Kilda Road, is split between a futuristic apartment foyer and the ground floor of an old Victorian terrace – a tricky fit-out that cost half a million dollars.

Subject to approval, the two-storey Art Deco building in Geelong will undergo a hefty renovation (courtesy of design firm Studio Esteta) before launching as Beach House Geelong in January 2019. The interior will have “a natural costal vibe with a bit of a Scandi influence – fairly stripped back and raw,” says Toleman. “It’s all about the view and the location. You’re looking out over the ocean, right on the water … so we’re just trying to make that the focus.”

There’ll be a new kitchen, a coffee bar and an abundance of outdoor seating facing the water. Upstairs, a 200-square-metre-plus space will be used for events, and there’ll be a kitchen garden at the side of the building.

Head chef Ben McMenamin (who’s worked with the group before, and more recently spent two years at Supernormal) will design a menu in line with those that have made the group’s other eateries so popular, with a stronger seafood focus due to ease of access to small suppliers in the region.

A takeaway kiosk space will open onto the beach, serving coffee and “a modern twist on traditional takeaway food”, including fish tacos, smoothies and gelati made in-house. A liquor license is pending. “It’ll be a seven-day-a-week breakfast and lunch cafe, but in summer we might stay open later on Friday and Saturday nights and do drinks and dinner,” Toleman says.

Aside from the stunning waterfront location and the building itself, Toleman says one of the main drawcards was Geelong itself. “It’s growing really quickly. And you look at restaurants like Igni that have really pushed it down there, and done really well, so we saw this as an opportunity to work with local suppliers and do something a bit different.”

Beach House Geelong is due to open in January 2019.