It's High Time for Tea

With all the commotion for coffee drinkers, there’s a quieter revolution happening on the tea front and it won’t be long before origins and education are top of the list for the tea drinking fraternity in Melbourne too. 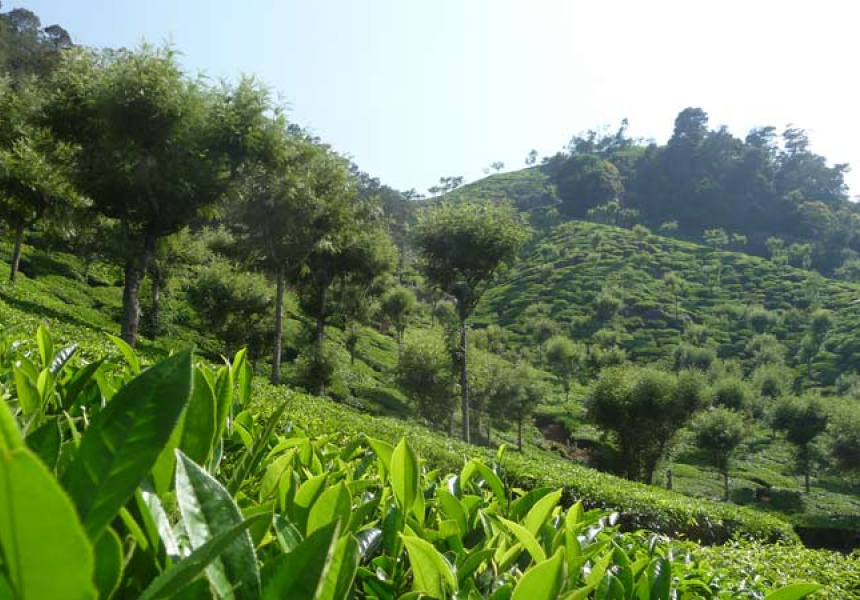 The inside of David Thompson’s wholesale tea warehouse is an Aladdin’s cave of ornate tea chests, ancient tea caddies, hand-woven textiles and curiously labelled cardboard boxes. It’s dusty and dim, but in amongst the promising piles are shelves lined with brightly coloured Larsen & Thompson tea packages in turquoise, green or cerise, and splashed with intricate patterns hinting at the exotic origins of the teas within. It’s a telling peek at the colourful world of specialty tea just waiting to explode on the Melbourne cafe scene.

“It started with flower teas about six years ago,” says Thompson in reference to the rising interest in specialty tea. “I remember taking them to a trade fair and people thought I was selling drugs – it was hilarious,” he says, smiling.

But with the push of specialty coffee into consumer awareness in the last two years, and a focus on quality and variety in everything from the sourcing of the bean to the final cup, tea drinkers too are looking for a value-for-money experience at the cafe. No longer is it acceptable to slosh a tea bag in some lukewarm water and expect the customer to pay the same as their coffee-drinking counterparts; Melbourne tea drinkers are looking for more.

As Michelle Milton, founder and Editor of The High Tea Society, notes: “If a group of friends is going out to a cafe, it’s the tea drinker amongst them that will be the person who actually dominates the decision over where they go. Because not every cafe has a high standard of tea, while coffee is generally pretty good no matter where you are.”

But there’s still a long way to go. For people like Thompson and Nathan Wakeford (of Melbourne-based Somage Fine Foods) the challenge is in shaking the apathy that has surrounded tea drinking for so long. Reviving the tea dialogue and providing not only the high-quality, specialty product but the language and forum for tea drinkers to discuss their likes, dislikes and discoveries.

It’s this inquisitive tea-drinking market that such tea enthusiasts are tapping into. “We just didn’t taste tea like that at home,” says Wakeford, recounting his awakening to the subtleties of tea on a trip to Sri Lanka. “So far we haven’t got many options in the way of seasonality or leafy grade tea – in other words, choosing a particular grade of leaf from a particular plantation, and a particular variety from a particular slope. That level of detail is just not often shared,” he says, pointing out that details regarding altitude, weather, soil and slope can all affect the final flavour of tea in the cup, but are only now being considered important factors to relate to Australian consumers.

It’s a situation he’s diligently working to change with Somage’s range of Chamellia specialty teas. Each tea is labelled with specific information regarding its growing region and suggested brewing instructions, based on Wakeford’s sampling and testing.

“We’re at the beginning of a revolution around tea,” enthuses Wakeford, pointing out that in specialty coffee houses there’s a dialogue between barista and customer that includes its own descriptive language, much the same as wine. We hear terms like grassy, green or fruity and there is great focus on brewing times, specific temperatures and the flavour notes that each of these highlights. “All that can be translated directly into the preparation of tea,” he says, adding that flavour profiles for tea have infinitely more subtlety and variety.

It’s a view that Thompson shares, pointing out that cafes need to pay close attention to how the tea is brewed and engage with tea-drinking customers to round out the experience. Perhaps providing a brewing recommendation, but also recognising that every palate is different and suggesting that the consumer taste it a little at a time, and ultimately empowering them to take control of the brewing process. It’s this sort of information that allows tea drinkers to connect with their beverage of choice on a whole new level, heightening the experience.

Tips for finding your perfect brew at home:
• Make sure you use filtered water and taste the water before you heat it to make sure it has a clean, non-metallic flavour.
• Follow suggestions made by the tea supplier, paying particular attention to the temperature of water to be added to the leaves, steeping time and quantities of leaf to water volume – think of it as a recipe suggestion from the supplier.
• Don’t be afraid to test the steeping times out yourself, testing a brew at 3.5min, 4min, 4.5min and 5min to find the best brew for your palate.
• Store tea in a sealed container away from moisture, light and other substances with strong aromas. Tea will absorb other aromas that it is exposed to.
• Look for information on where the tea is grown including altitude, weather, soil and season. Like a vintage of wine or a single-origin coffee, tea will vary from batch to batch – so expect variations in character; it’s part of the fun.
• Avoid artificially flavoured teas as these can be used to mask poorer-quality tea.
• Don’t drink your tea too hot. Allowing it to cool slightly will allow you to detect subtle differences in flavour.
• Make the time to enjoy tea and really savour its flavours. That’s all part of the fun.