Free herbs, for the very small price of a chat with your neighbour or some of the crop from your own front-yard. Welcome to the HerbShare dream. 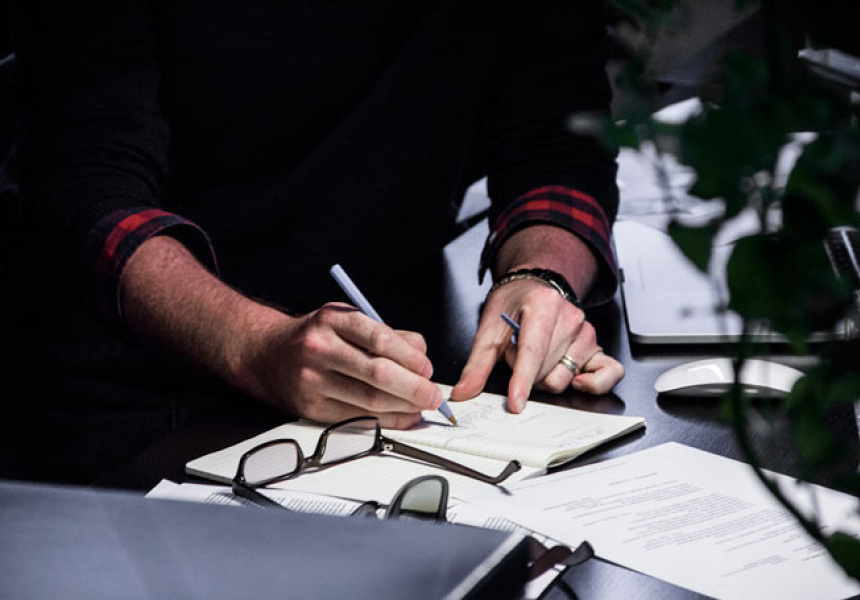 It all started when Ben Hart saw himself for what he was: a guy, in someone else’s front yard, stealing herbs. And it wasn’t the first time he had done it. “I was yoinking herbs from a neighbour. I had forgotten to get rosemary for my roast. And having done that many times – sneaking out and looking for rosemary in the darkness and feeling a bit criminal – I thought, wouldn’t it be great to get a picture of what herbs people had in their front yards? So you could do it in a legitimate way?”

This picture is HerbShare. A website that maps untapped herb resources in your neighbourhood. It is currently a Pozible (online crowdfunding) campaign, but its creators – Hart, his brother Flynn and Flynn’s business partner Dan Nunan – hope that by the end of June they will have raised the $18,000 they need to turn it into a reality.

If the project gets up, it will allow people to see, via physical markers in the street and digital markers online, who in their neighbourhood is happy to share the goods in their front yards and nature strips. The plan is also for HerbShare to give people a platform to share growing tips and information about where the herbs go once picked. Because as Flynn says, “Everyone loves a food selfie.”

Ben brought the idea to Flynn and Nunan, who run a landscape architecture studio, Pollen Studio, in North Melbourne. With their expertise, and Ben’s idea/ desire to legitimise his late-night acts of herbal petty theft, the three put together plans for HerbShare and turned to the community for support.

As Nunan explains, there are currently websites out there that show users how to find the odd over-hanging lemon for pilfering, but none that actively encourage neighbourly contact or a sense of community. “This is about having that consent and an exchange with your neighbours in a time when people don’t engage that much with their neighbours any more,” he says.

Also, unused herbs are the most-wasted fresh food. And supermarkets, selling you more than you need at a huge mark-up, (often in plastic packaging) are the winners.

“That’s one of the reasons we chose herbs,” says Nunan. It’s a plant that keeps on giving if you give back to it … ”

“… And not even very much,” interjects Flynn. “They are pretty hard to kill.”

Then there is diversity. “Ben noticed that everyone in Carlton was growing rosemary,” says Flynn. “If people share herbs across multiple houses, they can start growing something different, because they know their supply of rosemary, parsley and sage can be found nearby,” says Flynn.

If the idea of chatting to you neighbours over the fence about gardening and local goings on seems a bit nostalgic, the guys from HerbShare are completely comfortable with that. “In communities where neighbours speak to each other they’re healthier, happier and safer – all of those things that we probably idealise about past generations who did step outside their own private territory and share things. Whether it was food or information or conversation,” says Ben.

“It’s like a little beacon in a community that says, ‘This is stuff that we share,’ and if the price of that is to walk out of your door sometimes and see that people have taken a little bit more than they were supposed to, that’s actually fine.”

The community-building aspect of the project is a common thread. It’s part of the reason the trio decided to float the idea on Pozible. “It’s about buying in,” says Nunan. “But it’s not just about money. It’s about somebody buying into an idea.” This exchange is what the HerbShare founders hope will cause people not just to donate, but to engage.

Chef Adrian Richardson (of La Luna in Carlton), is on board. He is supporting HerbShare and in the spirit of combining community, sharing and food, he will open his inner-city restaurant garden in Carlton for the project. Getting businesses on board is part of the long-term HerbShare plan.

If the guys reach their $18,000 target the HerbShare website will launch in spring, when herbs will be sprouting. “Spring is also a great time to get people excited about being in the garden,” says Ben.

You can support the HerbShare Pozible campaign here