A former head chef at The European opens an all-day coffee shop and eatery on Claremont Street. 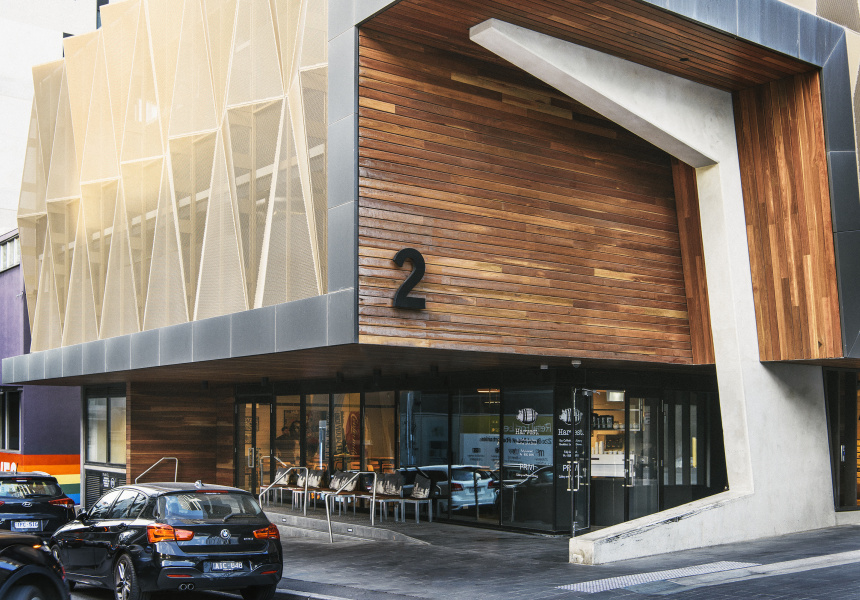 Tim Martin, a former head chef at The European, moved to South Yarra to live just over a year ago. He opened his new 40-seat day-and-night eatery in the leafy suburb last month.

He wants Harvest to be the kind of place locals like him visit several times a week.

“I hope people see us as a place to stop off for a coffee in the morning or a drink at night, a boozy weekend brunch to a one-, two- or six-course meal,” he says. “We’re a bar, coffee house and eatery.”

Decor is simple and modern, with finished concrete floors, a cedar-and-stone bar and colourful artworks on the walls (Martin plans to expand the space to include a gallery later this year).

"The venue was a blank canvas originally, with a lot of concrete, so I’ve tried to keep that rough, industrial feel,” Martin says. “We added the rusty metal gates, which were made by Graham Geddes, to add to this.”

He brought Scott Bailey (ex-Borsch Vodka & Tears on board to put together a versatile wine list with an emphasis on small producers, and ex-Atlantic sommelier Stuart Quinn is running the floor.

Breakfast dishes include classics such as French toast with oat and almond crumble; nut and cranberry granola; and as-you-like-it egg regulars with add-ons including Meatsmith bacon and sausages. Other options include a smoked-salmon omelette with spinach, or brown-butter hollandaise eggs Benedict. After 10am, breakfast cocktails begin.

Lunch options include cheeses and charcuterie aged on-site served with Martin’s own pickled vegetables (he also makes his own butter), fancy toasties (the simplest option comprising four cheeses and truffle), artichoke heart braised with peas and morels, and a white fish and mussels spaghettini.

At dinner you’ll find a number of steaks, and the oxtail ragu and bone marrow pasta is a home run, served with cecamariti prepared from a sourdough starter Martin’s been carrying around for 15 years.