Handsome Her Cafe and the Emergency Mug Wall

Slow down and soak up the future of coffee culture. 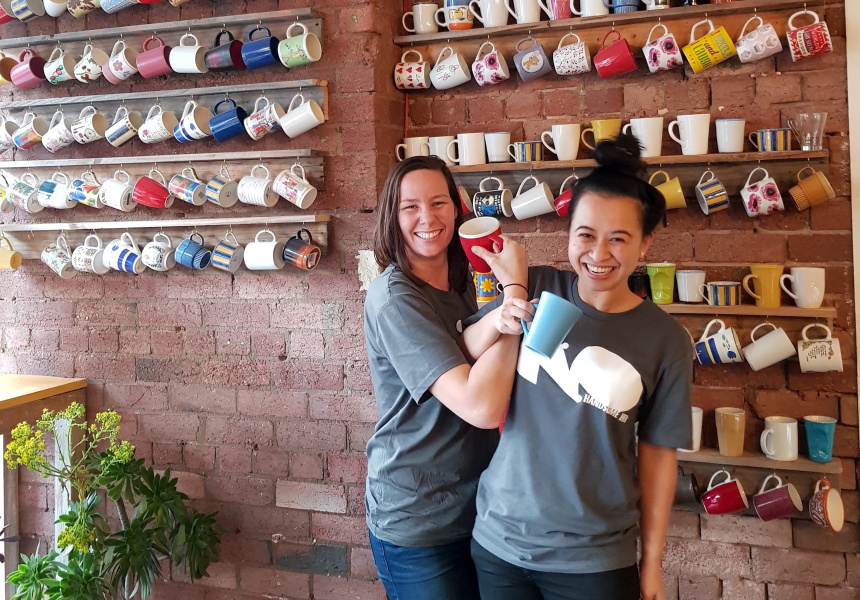 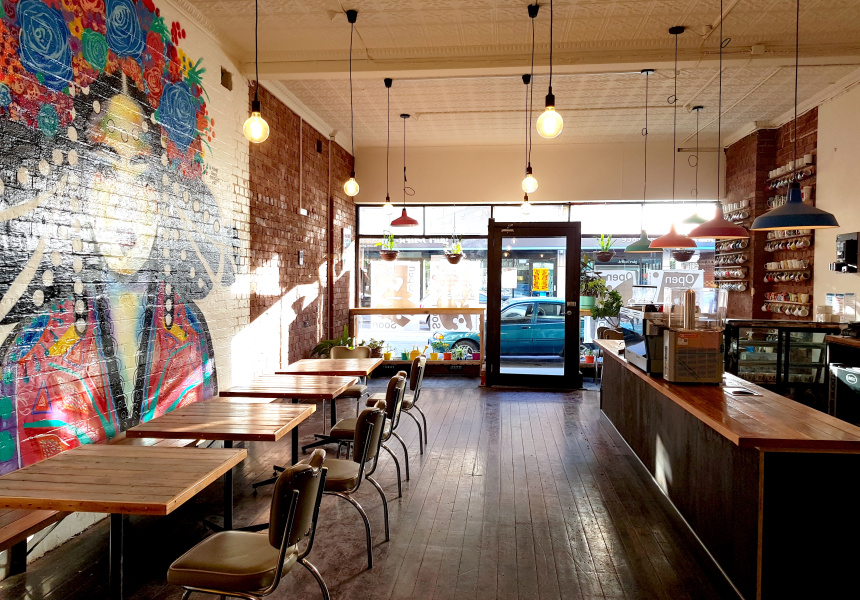 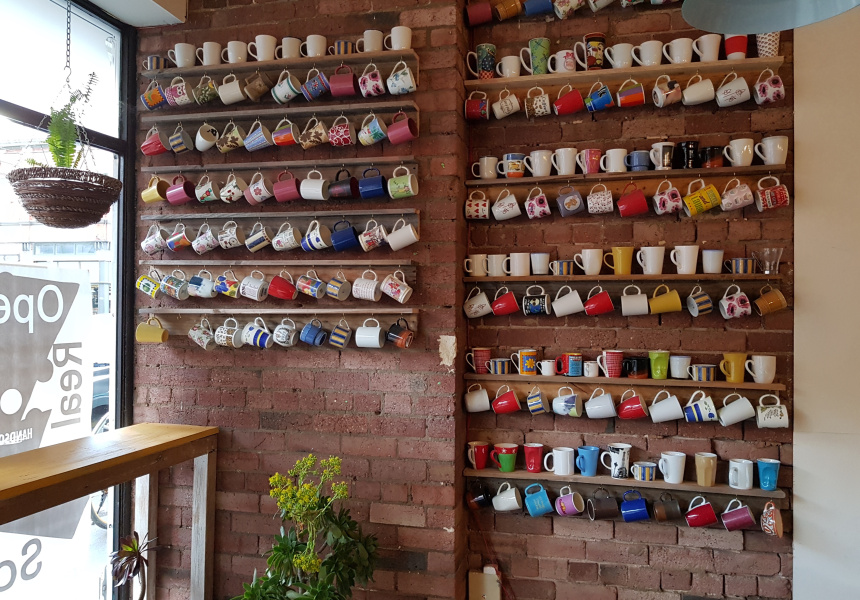 The fact that up to one billion takeaway coffee cups go to landfill every year has become a big talking point around the country this year, especially in the wake of Craig Reucassel’s three-part ABC series War on Waste.

With more than a decade’s experience working in hospitality, O’Brien didn’t want to contribute to the daily waste created by disposable cups at the new venue.

“I’m a big greenie, and when I go places and forget my KeepCup I’m always dismayed to get a takeaway cup,” she says. “I usually try to either sit in or I just miss out. With my cafe I thought, what can we do differently? I really didn’t want to use disposal cups because of how horribly wasteful they are.”

Through the generous donations of both locals and charity stores in the area, Handsome Her (which opens in three weeks) has accumulated an impressive collection of mugs – displayed on its Emergency Mug Wall – with the hope that the initiative will replace the use of disposable cups in the cafe. Her intention is to not have any paper cups in the cafe at all. Customers will be encouraged to take a seat or stand at one of two of the cafe’s built-in espresso bars, with discounts attached to those who get their coffee to stay.

But if you’re a busy commuter with trams to catch and people to see, this is where the Emergency Mug Wall comes in. Instead of sending you off with a disposable paper cup, cafe-goers will be given a mug to take to go. There’s no answer to averting spillage – O’Brien is hoping it’s one more impetus to change behaviour.

“I put it to my Facebook to see what people thought … I said, ‘What are we going to do about getting on transport with the mugs – is there anything we could do with lids?’ One of my friends said: ‘You’re going about it the wrong way – you’re still trying to work within the current culture of quick consumerism, buy, and dispose’.

“We’re trying to encourage people to just slow down and change the whole culture around how we consume coffee.”

After a callout for mugs on social media, as well as a letter-drop campaign, there has been a constant stream of cups dropped into donation bins set up at the back of the cafe. O’Brien says staff will encourage people to bring the mugs back, but aren’t too worried about supply.

“We’ve teamed up with Salvos, Savers and the Brotherhood of St Laurence in Brunswick, they simply text us and we come in for a pick up.”

O’Brien hopes other nearby cafes adopt the initiative, and she’s asked her local council about installing drop bins located along Sydney Road for customers to return the mugs. She’s yet to hear back.

“The whole concept of the cafe is about trying to build something with the community as opposed to just for the community,” she says. “Mugs are something that everybody has lying around.”

Handsome Her opens in three weeks at 206 Sydney Road in Brunswick.