Produced by Broadsheet in partnership
with Frank Health Insurance

Coffee orders can veer between fuss-free and needlessly complex. In partnership with Frank Health Insurance, we find out just how weird the city’s coffee drinkers can get. 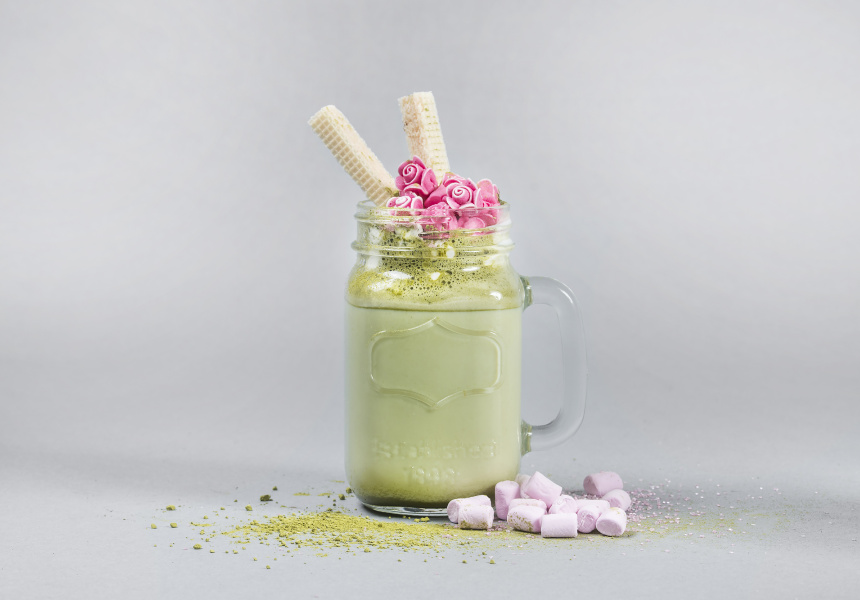 Long gone are the days when “a coffee” was shorthand for a latte in Melbourne. With a surge in education around coffee and its production, customers now seem comfortable to endlessly fine-tune their orders – either at the behest or offence of their barista.

We asked some of the city’s coffee pros to talk to us about what it’s like at the coalface and the oddball orders they contend with. 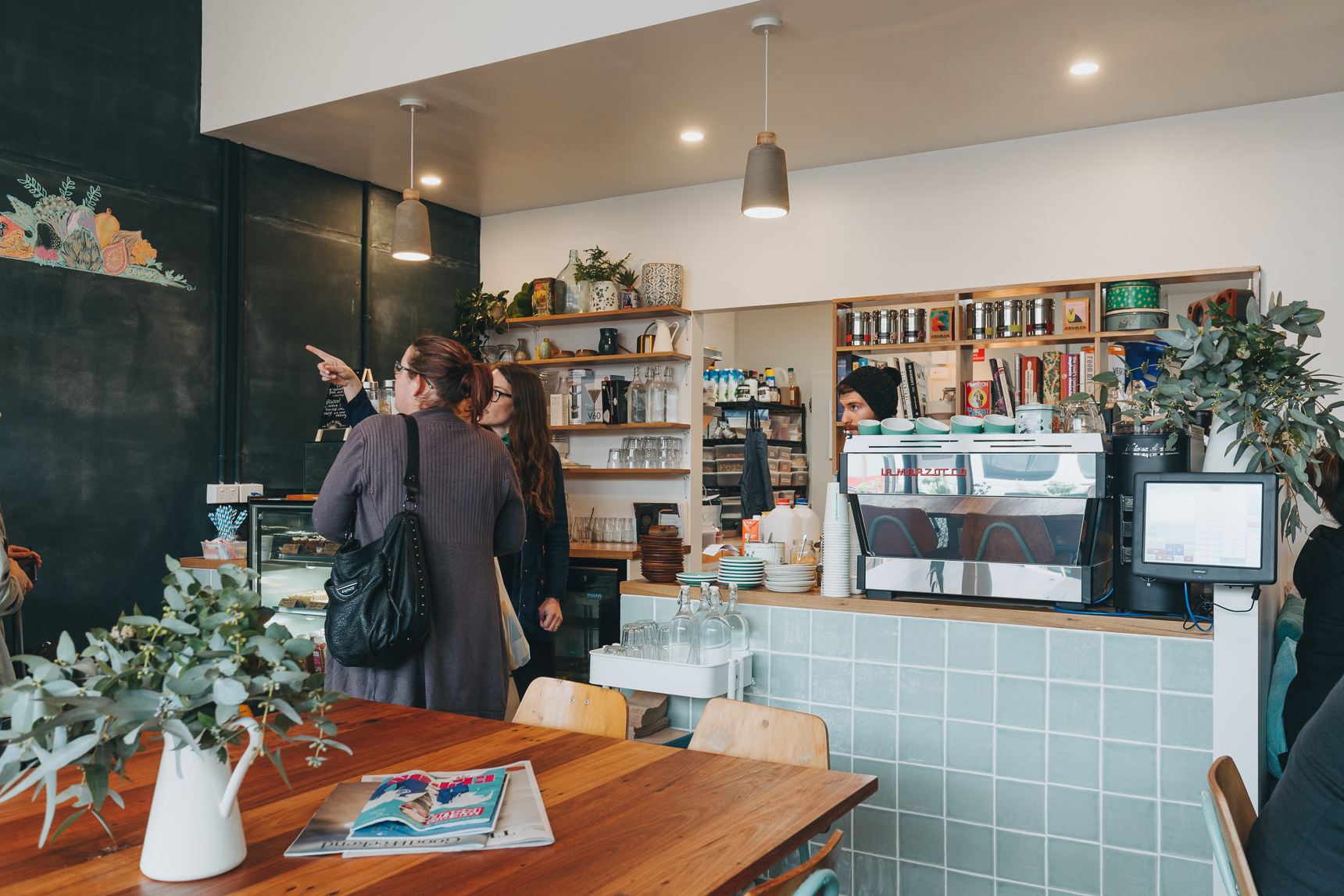 Small Graces
Bec Howell, co-owner of Footscray cafe Small Graces, says the key to handling weird coffee orders is to suspend judgement. “Adults are actually ordering babycinos without a kid in sight,” says Howell. “There was a businessman here with colleagues and he’d simply had enough coffee for the day, so he ordered a babycino. No one reacted. It felt a little strange but actually made us very happy to accommodate him.”

Howell says another customer comes in every day for a half-skinny, half-almond cappuccino. “She says it’s really tasty and solves her theory normal milk is too milky and almond milk isn’t milky enough,” she says. Decaf and weak decaf coffees are another familiar quirk – sometimes in specific ways. “We had a request recently for half decaf, half normal,” she says. “I suppose it’s for when you don’t want a weak coffee but you also don’t want as much coffee.”

“People altering the recipe for a Magic (a double-shot of espresso and ¾ milk) by wanting a weak, skinny or large one. We also get a few people asking for skinny milk with their coffee, but then adding four sugars. That makes me giggle.” 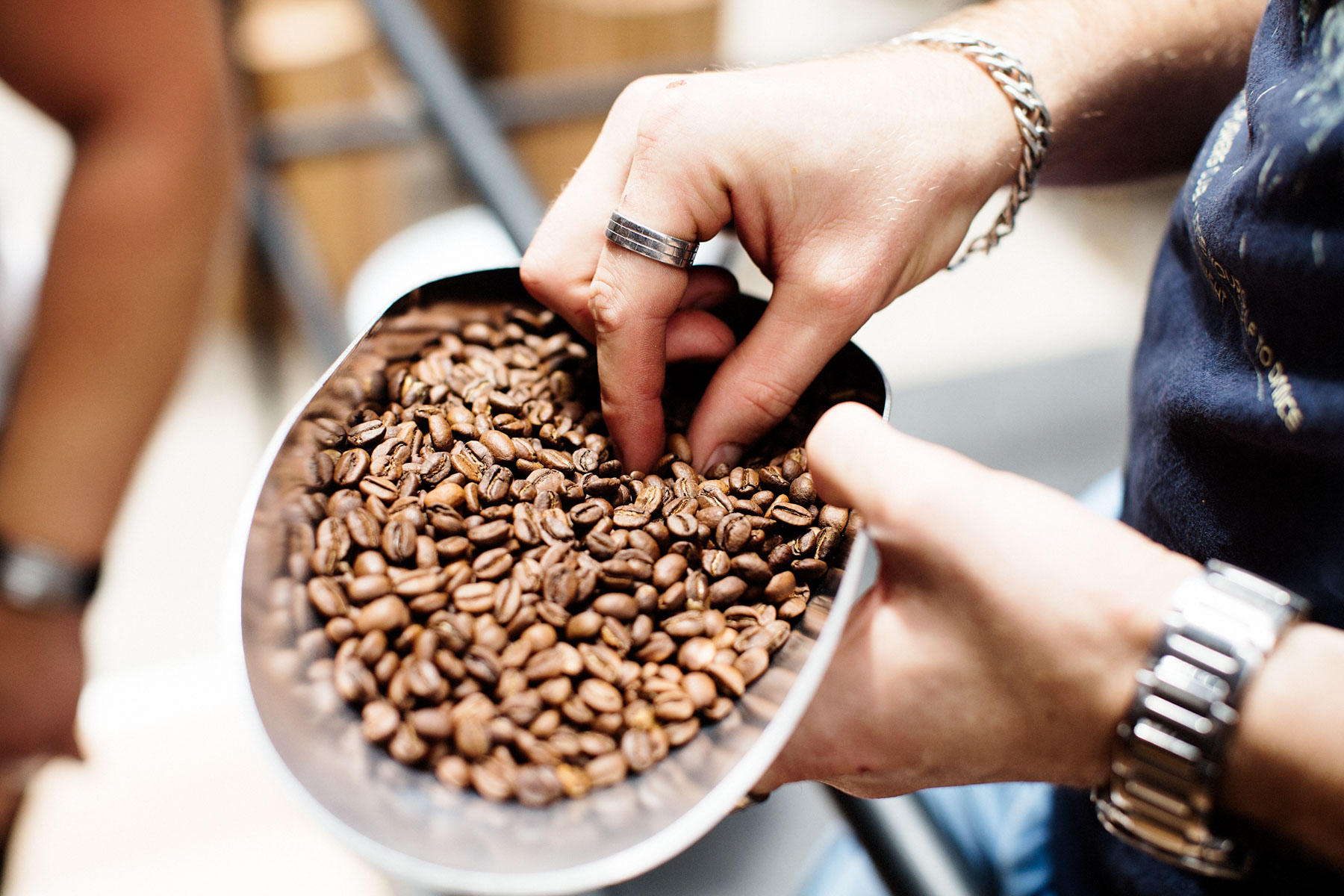 The Vertue of the Coffee Drink
“I think I speak for many baristas in Melbourne when I say our least favourite coffees to make are those containing non-dairy milk,” says Mike Cracknell, owner of The Vertue of the Coffee Drink in Raffa Place, Carlton. The reason isn’t personal, it’s science. “A strong soy- or hot almond-latte is challenging. [Cow’s milk alternatives] don’t always act the way you’d like. If it gets too hot they can curdle.”

It does at least make complex orders involving milk alternatives memorable. “We had a woman come in a few times for a large double-shot latte, but split with 1½ of normal espresso and ½ decaf and with almond milk. Some of the coffee is going to waste and it’s also hard for staff to communicate the order with the dockets, but it is also fun getting these challenging orders. You don’t forget them.”

There is one in particular that stands out. “One of my favourite orders of all time came from this man who requested to have the hottest coffee we’ve ever made, but not to burn the milk,” says Cracknell. “I tried to explain that wasn’t actually possible, but he insisted. He said other cafes could do it. So we made the hottest coffee possible for him but were careful not to burn the milk. He took a sip but was disappointed. We tried again but this time we really burnt the milk. I hated serving it to him. He was so pleased with it and said, ‘See, you can do it. Thanks.’” 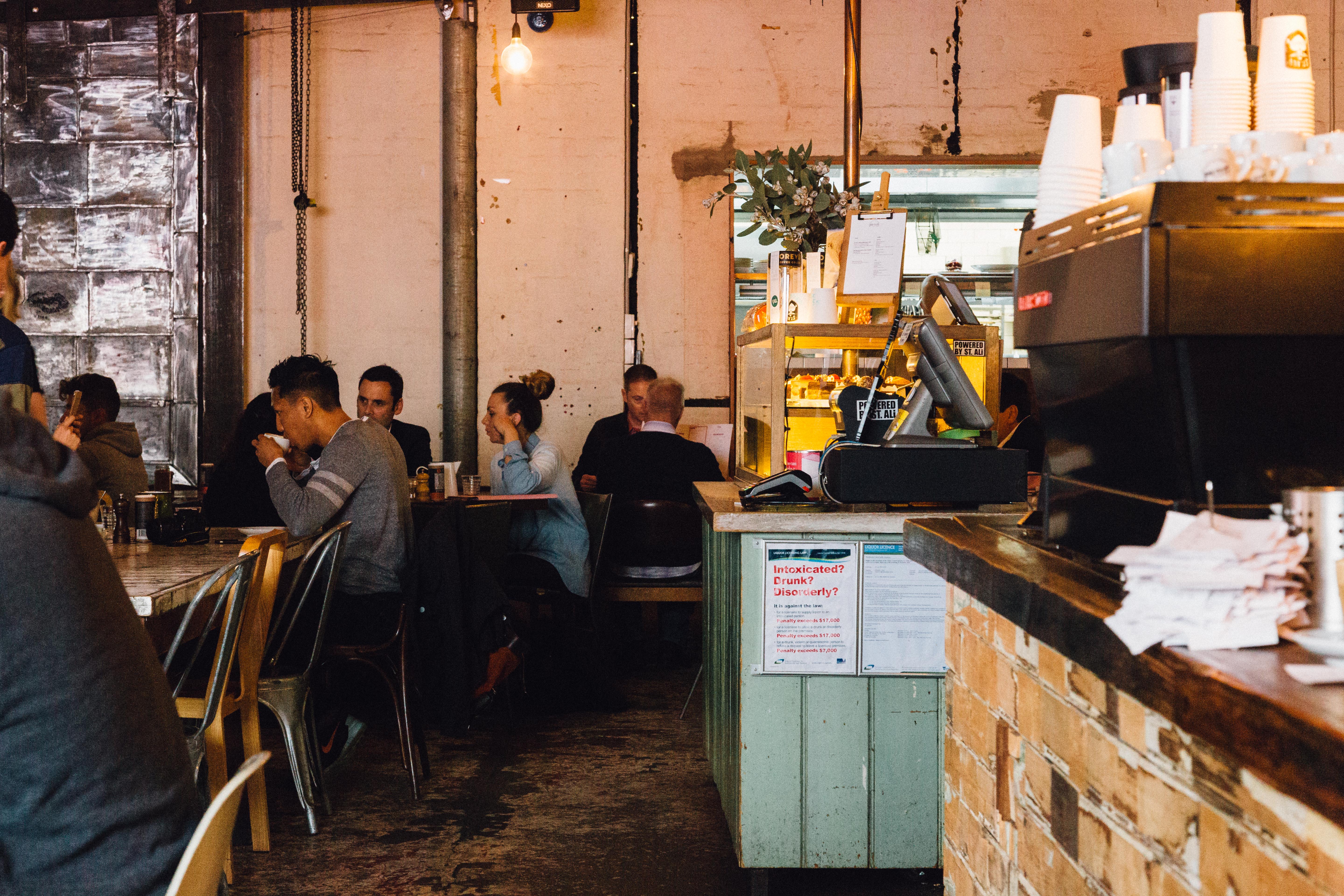 St. ALi
St. ALi owner Salvatore Malatesta has been running café’s in Melbourne for more than 20 years. As an eyewitness to the evolution of Melbourne’s coffee scene, Malatesta has seen it all. “We used to have a regular come in who’d always order a strong 3/4 decaf – I suppose he wanted lots of flavour, but no caffeine – and then half soy, half skinny. I think the half-half milk order is an American thing. I was recently over there and it’s something that came up a lot.

“Another customer once asked for a strong flat white, but split into two cups so both were half full. I suspect his intention was to get two coffee’s for the price of one.”

But like Cracknell at The Vertue, the order that most stands out is the super hot coffee. “It’s probably one of the most annoying orders for a barista,” says Malatesta. “This one lady wanted her coffee so hot we had to submerge her ceramic cup in hot water while we burnt her milk. Even though she couldn’t even hold the cup it still wasn’t hot enough. We called that order the hotccino and it always made us laugh.” 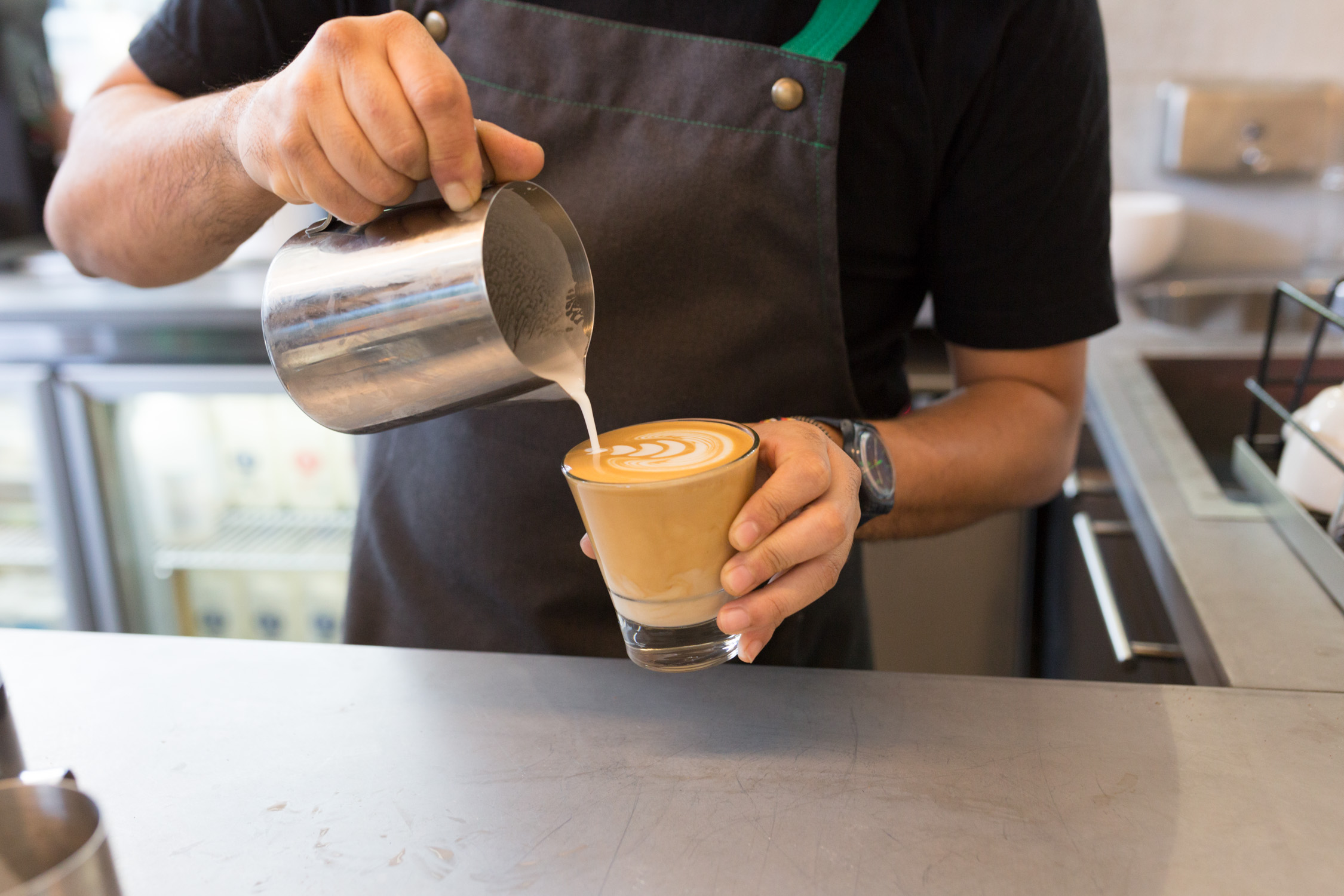 BAWA
For Ki Yong Jung, head barista at BAWA in Hawthorn, it’s not unusual to make between 600 and 700 coffees per day. Jung himself is usually on his eighth espresso or filter by the afternoon. He says most BAWA customers order flat whites and lattes, but occasionally there’ll be a convoluted order.

“We used to have a regular customer order a strong, skinny, extra frothy and extra hot cappuccino, but only half full,” says Jung. “She said it made her feel happy. We called it, ‘The Rachel’ because there was too much to write on the cup otherwise.”

Jung encourages such weirdness. At the moment he’s trialling his own odd creation: a blend of tea and coffee. “I’ve been experimenting and created a filter cold-brew and muscat iced-tea drink,” he says. “The coffee flavour hits you first. Then the aftertaste is tea with a very subtle grape sweetness.” 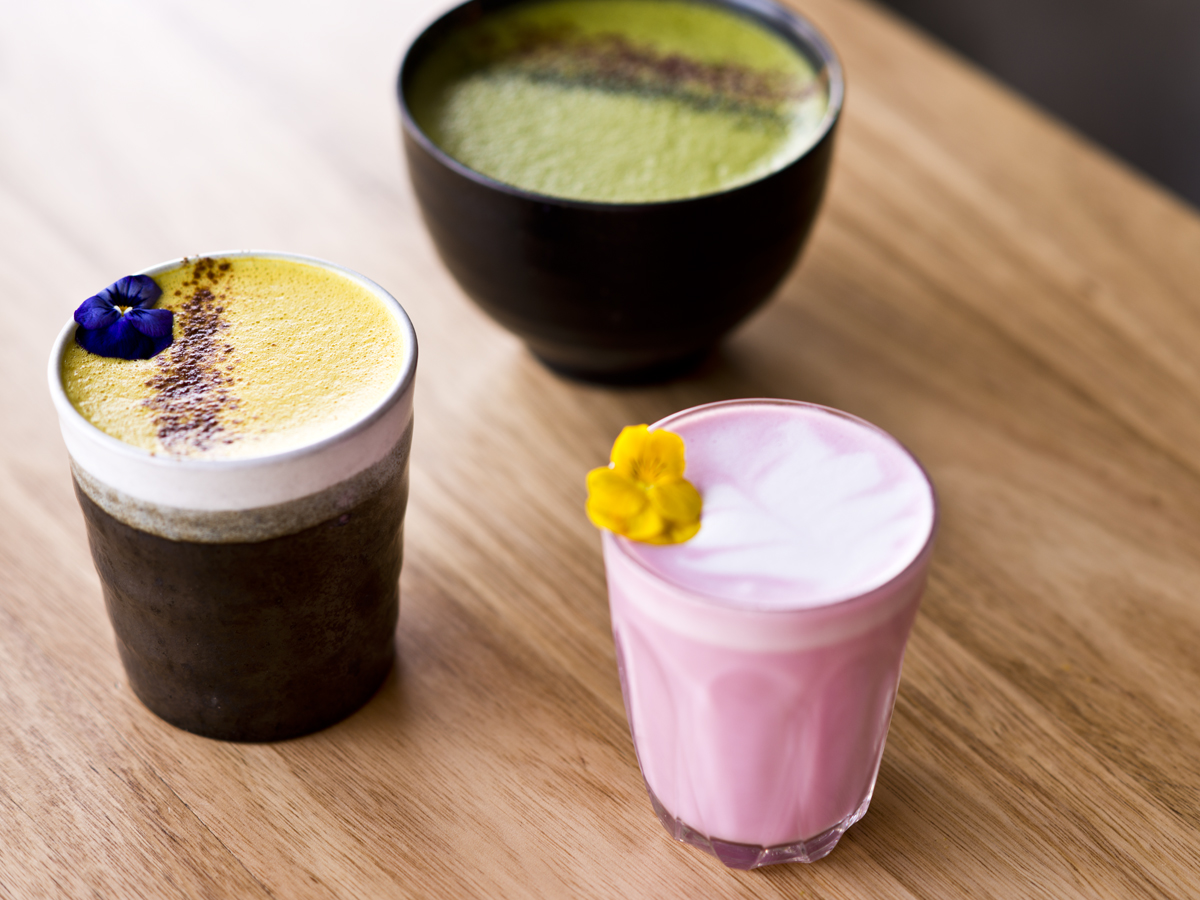 Matcha Mylkbar
No one forgets a visit to Matcha Mylkbar. The St Kilda cafe has made its name on standard coffee offerings other cafes would deem convoluted, including blue algae, turmeric and charcoal. Co-owner Mark Filipelli prefers to call it “adventurous”.

“We’ve been serving crazy coffee orders for a long time,” he says. “I think it’s great. It’s so rare now for anyone to come in and just order a latte. A single origin almond latte is a standard order for us.”

The next change Filippelli sees coming to Melbourne is via the US. “Shrubs is the new thing over there,” he says. “It’s a shot of fermented vegetables paired with coffee. We’ll soon see if it makes its mark.”

This article is presented in partnership with Frank Health Insurance. Life can be complicated. But not the flat white and not Frank, the easiest health insurance in Australia.

Produced by Broadsheet in partnership
with Frank Health Insurance
Learn more about partner content on Broadsheet.