A Guide To Brooklyn-Inspired Food in Melbourne 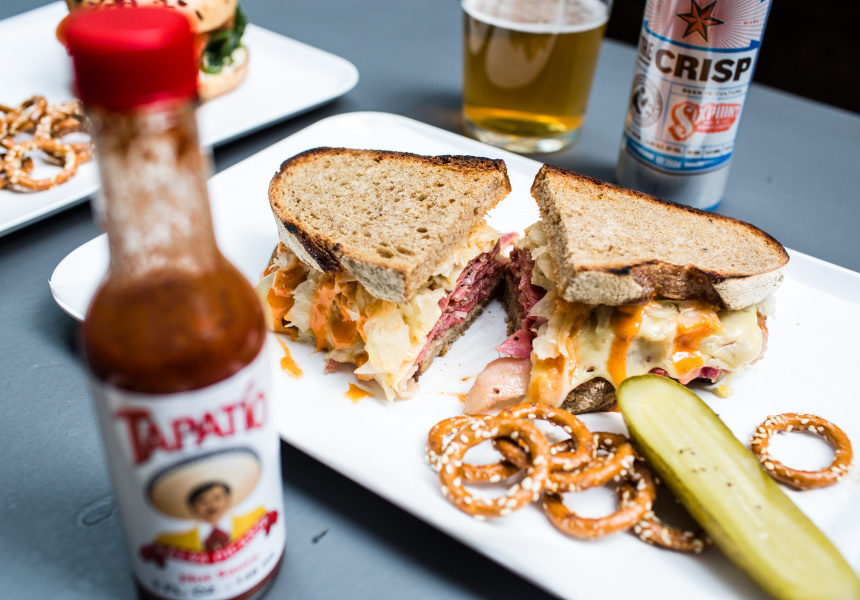 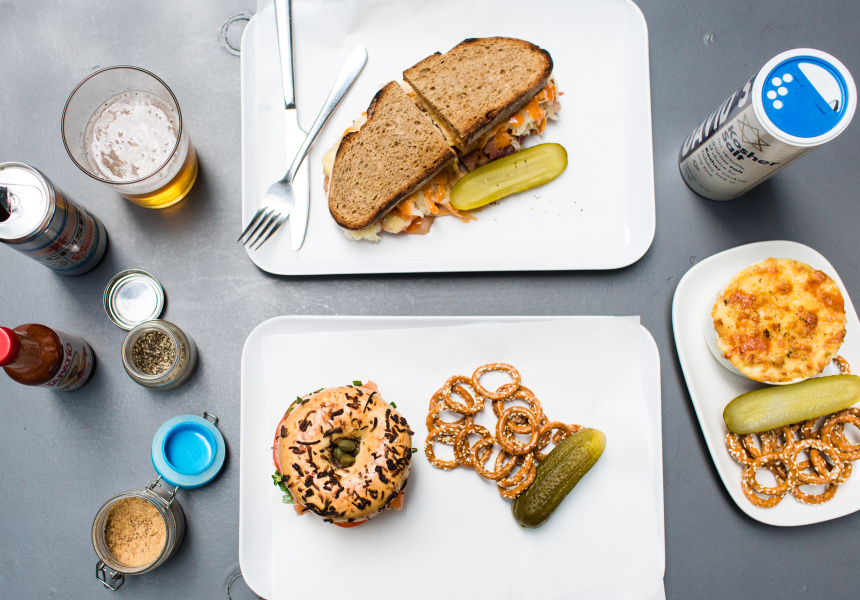 The lox bagel. Pastrami on rye. The Reuben. No trip to New York is complete without a trip to a Jewish deli to sample these original delicacies. Unlike delis in Australia, in New York they’re often closer to cafes, with a kitchen and a fresh-sandwich bar servicing an expansive dining area.

This particular Brooklyn-style of service hasn’t gone unnoticed in Melbourne. Zev Forman’s 5 & Dime, in Katherine Place, combines traditional New York-style bagels with deli fare. A New Jersey-native, Forman says an exacting process is required to make a true New York-style bagel. From start to finish there’s a 48-hour process before a bagel is ready to be put in a customer’s hand.

“It’s important to use a minimal amount of yeast and no sugar,” he says of the recipe. “This allows for a long, cold rise which develops flavour. We start with a sponge, which ferments overnight, before we make the dough that again goes back in the fridge to rise.” Forman says if it’s not boiled, it’s not a bagel. “A lot of commercially made bagels are steamed,” he says. That process is quicker and easier “but you don’t get the same crunch and chew.”

A corned-beef sandwich with Swiss cheese, cabbage and Thousand Island dressing (a twist on the Reuben, which traditionally consists of corned-beef, Swiss cheese, sauerkraut, and Russian dressing); a turkey club (turkey breast with bacon, lettuce, tomato, avocado and mayonnaise); and a pastrami sandwich (smoked pastrami beef with pickles and house made mustard) can also be found at 5 & Dime. But it’s hard to go past the lox bagel. Schmeared with cream cheese and topped with house-cured salmon, capers, onion and tomato, at 5 & Dime it comes with a pickle spear and a handful of chips – a few in the sandwich will take it to the next level.

On Fridays you can also pick up a challah – Jewish bread that is slightly sweet and has the texture of brioche. Sold in many Brooklyn delis (particularly around Borough Park, Midwood, Greenpoint and Williamsburg), and traditionally eaten on the Sabbath, it’s a nod to Forman’s cultural roots.

Chef and owner Shaun Williams became enamored with the delis of New York after spending 13 years as a private chef on yachts on America’s east coast. When he returned to Australia in 2012 he saw a gap in the market, and Bowery to Williamsburg was born.

“We have a lot of American expats who are regulars here so that’s a good sign,” says Williams.

Bowery to Williamsburg’s version of the Reuben – which, in proper American style, is big enough for two – is made with pastrami beef brisket, Swiss cheese, sauerkraut and Russian dressing on rye bread. It comes with a pickle, but if you’re ravenous you can add a side (perhaps mac’n’cheese) and some pretzels.

To experience Brooklyn flavours first-hand, the Connoisseur Food and Design Weekend by Broadsheet, held on the 19th and 20th November in Collingwood, will feature a range of Brooklyn-inspired food, including Bowery to Williamsburg and 5 n Dime Bagels, alongside other local favourites. 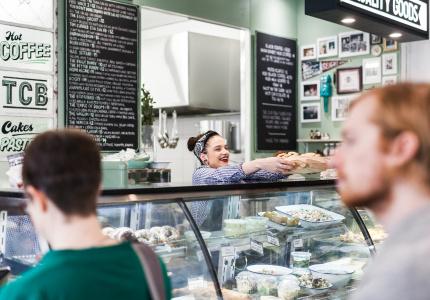