You shouldn’t ever have to choose between sipping a cold craft beer and hanging with your pooch. 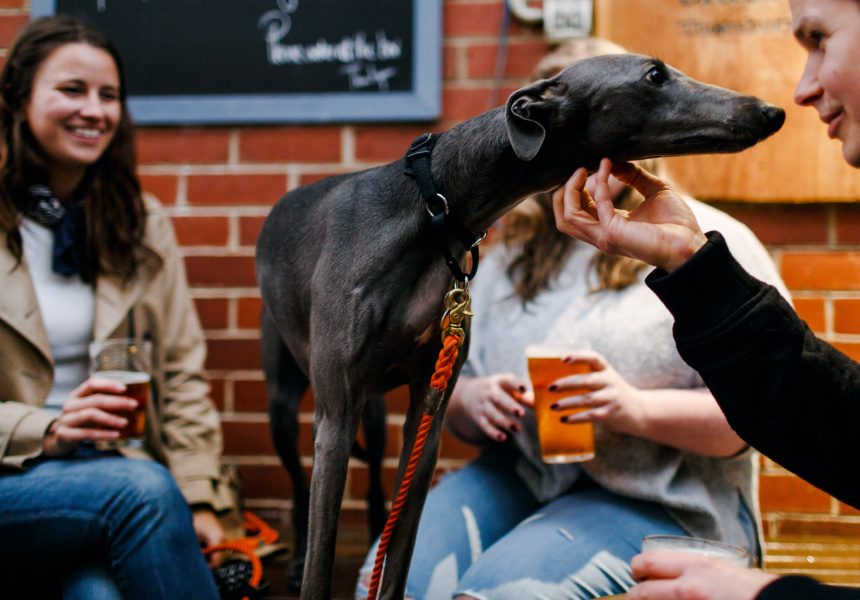 Once upon a time you might have tied your pooch up outside the pub while you sipped a beer. Things have changed – these days there’s even a pub serving its own Beer Dog Bitter. Now that the weather is getting warmer, we’ve highlighted seven of the city’s best venues for a craft brew with your dog.

The Auburn Hotel
Hawthorn institution The Auburn Hotel, formerly known as the Geebung Polo Club, is very welcoming of dogs in its huge outdoor courtyard. There are 20 local, premium and international beers on tap, including James Squire and Little Creatures. The retractable roof makes it an enticing option for you and your pooch regardless of the weather.

The Great Northern Hotel
Carlton North’s The Great Northern Hotel is more than encouraging of punters bringing along their pet pooch. The pub has its own Instagram account with the handle @dogsofgnh that features its four-legged locals. There are 22 local and international beers on tap, from pilsners and lagers to sours, stouts and rare IPAs. Enter with dogs via the beer-garden gate on Pigdon Street.

The Rainbow Hotel
The Rainbow Hotel is your classic old pub tucked away in the back streets of Fitzroy, complete with an outdoor pool table, beer garden and 100 local and imported beers (including Little Creatures and Two Birds). Bring your dog through the beer garden gate on St David Street and take in local live music and decent pub grub in the way of steaks, ribs and burgers.

The Palace Hotel
There’s a resident pub dog at South Melbourne’s The Palace Hotel. Billy the little brown and white staffie has a special AAA license to roam the pub and greet guests and other dogs as he pleases. Sit back with a beer from your choice of 15 rotating hand-pump taps, which are mostly local and one-off, but also celebrate imported beers from time to time.

College Lawn Hotel
Here’s another venue that not only tolerates the co-existence of dogs and beers, but actively encourages it. The backstreet Prahran favourite hosts an afternoon party especially for dogs, aptly named, Paws on the Lawn. It’s fully fenced, so dogs can meet, greet and sniff other dogs (and humans) as they please while you sample the extensive range of tap beers, including Little Creatures Summer Ale, White Rabbit Dark Ale and Furphy Refreshing Ale.

Madame Brussels
If your hound’s a bit fancy, take them into town for a rooftop beer at Madame Brussels. Staff members here regularly bring along their own pooches and adore taking snaps of new furry visitors for the venue’s Instagram page, too. (They say, if they’re being completely honest, dogs are actually more welcome than children.) You and your furry pal can enter via the stairs or the lift and sit at both the terrace levels. Your dog can rehydrate from the water bowls scattered around the venue, just make sure you take them home before sunset.

Dog’s Bar
It’s no surprise Acland Street’s Dog’s Bar welcomes dogs in its street-front terrace. The venue serves its own dog-friendly “beer” called Beer Dog Bitter, so you can actually cheers with your dog and drink together. Don’t fret – the dog beer is non-alcoholic beef broth that comes in a screw-top stubbie that can be re-sealed and transported to be used again later during walkies. Tip for the sake of both of you: don’t get them mixed up. 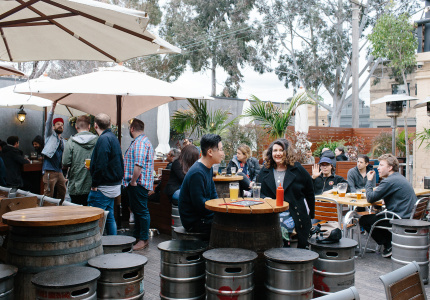 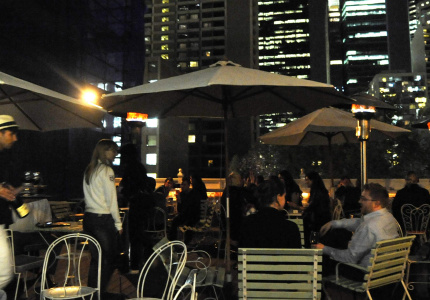 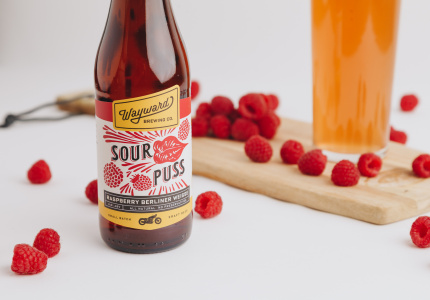